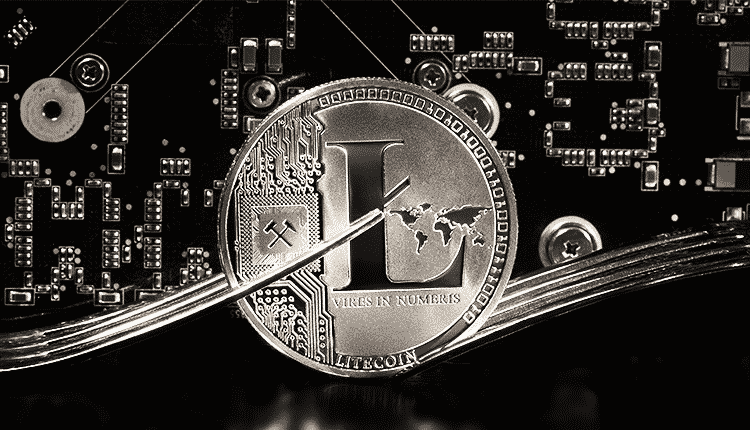 Recently, Litecoin (LTC) successfully bounced off the golden ration support at $40. And now, it might go towards the 0.382 Fib resistance at $50 – this is where the trendline will serve as additional resistance. Then, the middle-term trend looks bearish as it additionally came to a death cross of the EMAs. With that, it confirms the bear trend.

The Litecoin price would possibly increase from $40 to $50. And this is equivalent to a 27% upward potential. However, if the LTC price bearishly breakthrough the golden ratio level at $40, it would only find support between $24 to $30 – an equivalent of a 37% decline.

For the weekly chart, the MACD continues its bearish development. So, an end to the downwards trend is still not in sight.

Then, in the monthly charts, Litecoin increased to the 0.382 Fib resistance at $71. After that, it retraced back to $40. In addition to that, the upward trend would still be intact as long as LTC doesn’t break below the $40 price mark. Also, the LTC price might once again target the resistance at $71.

But the MACD histogram is ticking lower already for this month. And when Litecoin breaks under the $40 price mark, the trend would become bearish.

On September 15, Litecoin Foundation prepared an online event. And LTC creator Charlie Lee and CipSoft SEO Stephan Vogler revealed the release of LiteBringer. This is a role-playing fantasy game that operates on top of the Litecoin blockchain.

Lee explained, “It’s the first major game that utilizes the Litecoin blockchain for all its interactions.”

Vogler said that it is a fully decentralized game. And that indicates that all users need to run an LTC node to play. Also, he stated that the access depends on players having at least some Litecoin on hand. In a report, the game includes a ‘Litecoin faucet’ that lets some users get a little LTC for free if they are not willing or able to transfer their own.

Vogler added that each move in the game is a transaction on the LTC blockchain that makes value. “If you’re a good player, LiteBringer will live up to its name, and may bring you some Litecoins.”

As Vogler noted, all weapons, characters, and items in LiteBringer are stored on the LTC blockchain. He guaranteed that the technology was totally secure and decentralized as it never transmits private keys. Then, in a previous report, CipSoft chose the LTC blockchain due to its popularity and low transaction fees of not even a cent per transaction.

Nevertheless, CipSoft’s foray into blockchain-based RPGs is not the first to see gamers’ potential to advance adoption. Last May, Atari announced its collaboration with Litecoin Foundation to enable gamers to pay for its Video Computer System.