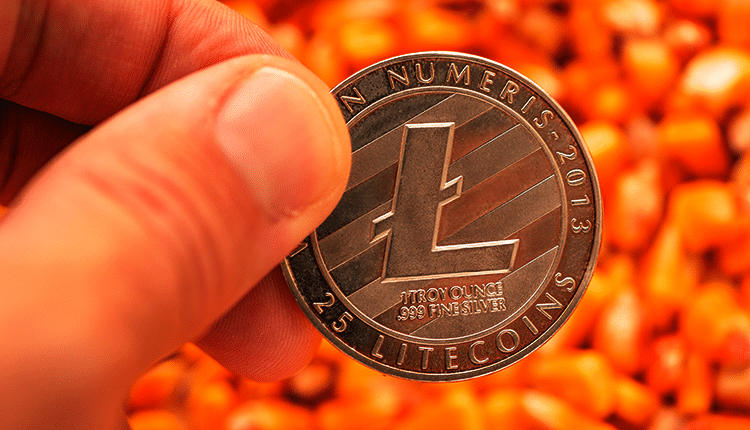 Litecoin (LTC) made a false breakout over its 200-day moving average the previous week.

At the same time, bearish news linked to the cryptocurrency exchange BitMEX caused the LTC/USD pair to reverse towards the $43 area.

Litecoin is once again trying to move above its 200-day moving average, as the crypto further enjoys strong dip-buying demand.

Then, its technical analysis suggests that the LTC/USD pair became trapped inside multiple triangle patterns.

In the daily time frame, the cryptocurrency is lately trapped inside a symmetrical triangle pattern – between $43 and $47.

Also, they could see a much larger symmetrical pattern on the daily time frame. Specifically, between the $51 and $58 resistance zones.

Based on technical analysis, the LTC/USD pair must anchor the price above its 200-day moving average – around $47.

And this is to encourage a rally towards the $51 area. For the downside, if Litecoin fails to break above the LTC/USD pair’s trend-defining 200-day moving average, it might perform a fall back towards $40.

In addition to that, LTC technical analysis shows that the crypto has a bearish short-term bias as the price trades under $48.50.

The technical analysis noted that the pattern remains accurate as the price trades under the $48.50 resistance level.

The bearish pattern’s entire size hints that the LTC/USD pair might fall by about $5. Then, a break under the pattern’s neckline – around $43 – might make the pair declining towards the $38 area.

Litecoin technical analysis shows that multiple triangle patterns are heading towards an explosive directional move in the cryptocurrency.

Aside from that, MimbleWimble is a modified implementation of the proof-of-work algorithm underpinning Bitcoin (BTC).

Here, blocks look like a single large transaction. Therefore, avoiding the individual inputs and outputs connected to the transactions from being identified.

Lead developer of the MimbleWimble protocol for LTC, David Burkett, will focus on making it easier for non-technical Litecoin users to start testing for functionality.

And this is in addition to ironing out fragile aspects of the code.

Also, Burkett aims a full activation of the protocol sometime next year. In a Telegram channel, he noted that it would be down to LTC’s miners and node operators to decide if they wish to activate.

They previously launched MimbleWimble testnet on September 30, but they postponed it because of low community participation.

And this is with Europol calling out privacy coins and naming decentralized marketplaces, crypto mixers, and anonymizing wallets within the top online organized crime threats.

Europol reported that while BTC remains the dominant currency across darknet marketplaces, Monero (XMR) is going up as the most popular privacy coin.

Then, it noted Litecoin and Ethereum (ETH) as the two most popular altcoins on darknet marketplaces.