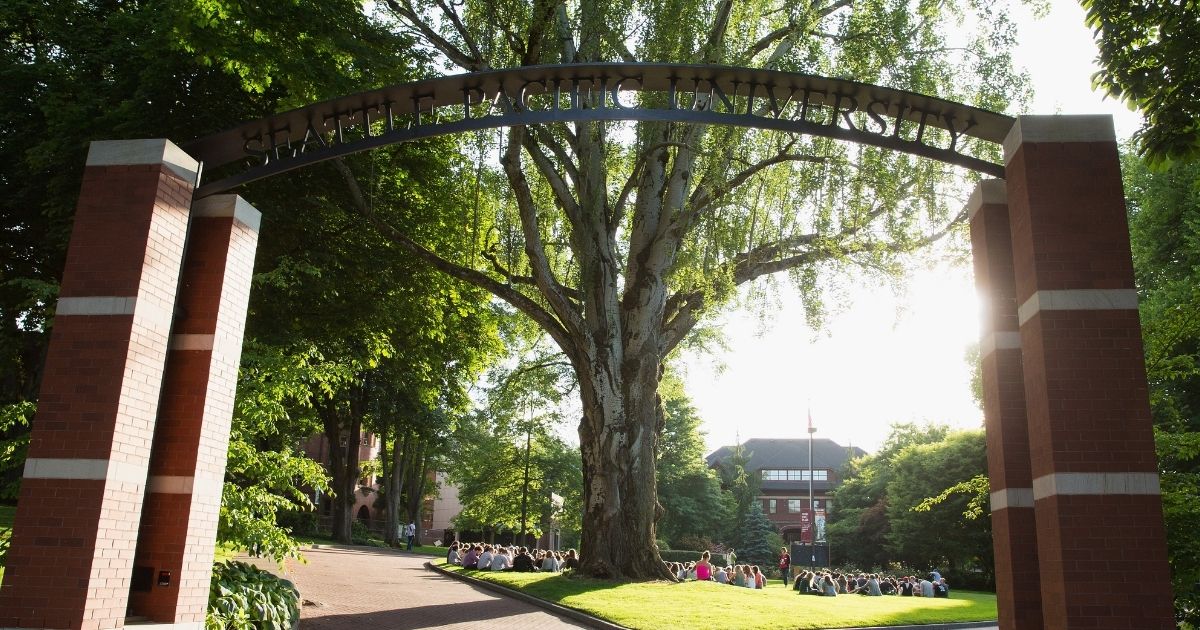 The U.S. Department of Education is being sued as part of an attack on Christian colleges.

The lawsuit brought by the Religious Exemption Accountability Project claims that exemptions from Title IX rules that are granted to schools operated by religious organizations are a form of discrimination.

The suit, which cites 33 students who claim they were discriminated against at various colleges, comes against the backdrop of an executive order from President Joe Biden that opposed discrimination on the basis of gender identity but did not cite specific actions that would be taken. Further, the House has passed the Equality Act that would codify multiple items on the LGBTQ political agenda, according to The Hill.

The lawsuit states that it was filed to “put an end to the U.S. Department of Education’s complicity in the abuses and unsafe conditions thousands of LGBTQ+ students endure at hundreds of taxpayer-funded, religious colleges and universities.”

It claims it supports “countless sexual and gender minority students whose oppression, fueled by government funding, and unrestrained by government intervention, persists with injurious consequences to mind, body and soul.”

TRENDING: Look at the Shocking Change White House Made to Official Website

The lawsuit claims that the Department of Education should be using Title IX to protect students, but allows the religious exemption to Title IX to let colleges founded by religious groups do as they please and not as the plaintiffs want. The lawsuit further states the Department of Education is able to intervene in these colleges because they receive federal funding.

“The religious exemption to Title IX, as applied to the class of sexual and gender minority students, is unconstitutional,” the lawsuit alleges.

Most of the lawsuit cites complaints from students who claim that they were discriminated against because their sexual activity or gender identity declarations ran afoul of the rules and regulations of the colleges they attended.

Based upon these complaints, the lawsuit concludes, “The religious exemptions to Title IX sought for the purpose of discriminating against LGBTQ+ students primarily or exclusively benefit Christian educational institutions.”

Is the left out to destroy Christianity?

“Many mainstream LGBTQ groups aren’t committed to fighting. We want to say: ‘Don’t negotiate us away.’ Don’t bargain away these students, who are really being damaged with taxpayer money,” Southwick said. “I’m worried they will be cut out of the Equality Act protection through negotiations.”

“Religious exemptions to civil rights statutes come at a price,” the Religious Exemption Accountability Project wrote on its website.

“The price is paid by the young and vulnerable who find themselves at the mercy of religiously affiliated, taxpayer-funded social service and educational institutions that often turn them away or force them into the closet,” the project continued.

“REAP’s lawsuit asserts the constitutional and basic human rights of LGBTQ+ students, seeking to end the sexual, physical and psychological abuses perpetrated under the religious exemption to Title IX at thousands of federally-funded schools, colleges and universities across America.”

RELATED: Lawyer: Here’s How Affirmative Action Is Vulnerable to Fraud

Radical gays would like to get rid of all religion it seems. https://t.co/2gxkXo5cVh

Union University President Samuel Oliver — whose college was among those named in the lawsuit — responded to the lawsuit with a statement, according to BaptistNews.com.

“At Union University, we believe that all persons have inherent dignity and thus should be treated with kindness and respect. We exercise our legally guaranteed religious freedom in a manner that upholds and reflects this bedrock principle. Faith-based colleges and universities are an indispensable part of America’s diverse higher education landscape,” he said.

“This dubious lawsuit is an ill-considered effort to erase religious schools by denying financially disadvantaged students the ability to attend the college of their choice. It’s a misguided attempt to discard a congressional enactment consistently respected and enforced by every presidential administration — both Democrat and Republican — for over four decades.

“We intend to vigorously protect our interests and encourage the Biden administration to fulfill its duty to defend a law that reflects the best traditions of American liberty.”