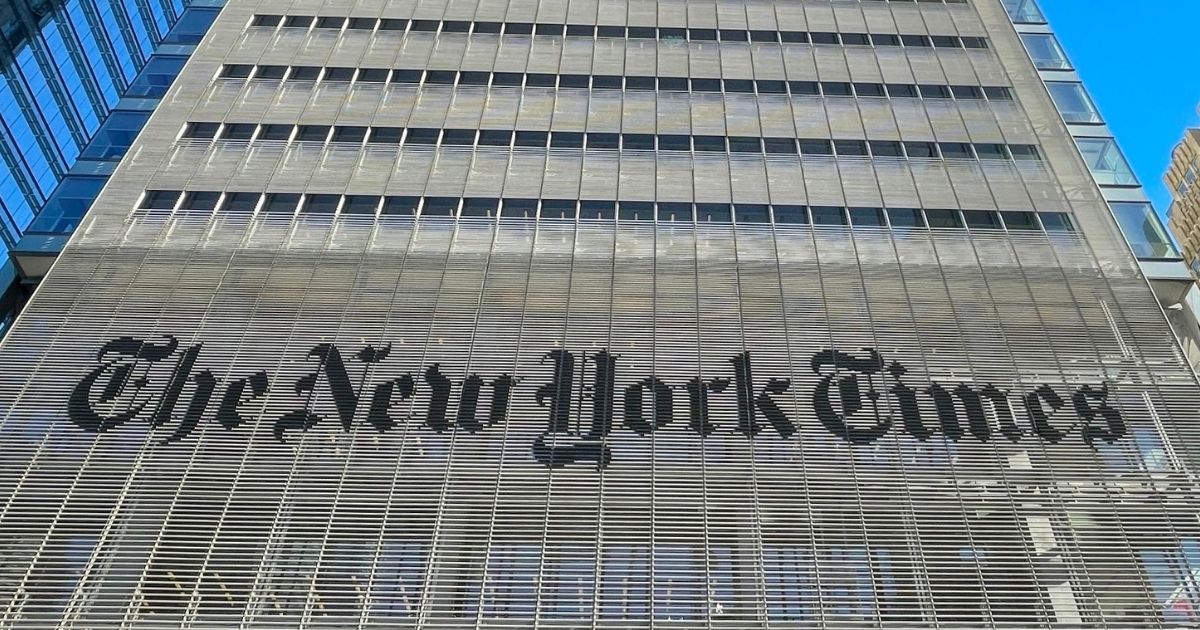 Nicole Hannah-Jones, one of The New York Times’ star journalists and creator of the controversial and historically inaccurate 1619 Project, responded to a conservative reporter on Monday by publishing his personal contact information on Twitter for all to see.

The conservative reporter, Aaron Sibarium of The Washington Free Beacon, was reporting on The Times’ firing of one of their journalists, Donald McNeil Jr., for simply referring to the N-word.

According to The Beacon’s report, the Times’ executive editor Dean Baquet stood by the firing, claiming that “we do not tolerate racist language regardless of intent.”

This prompted Sibarium to reach out to Hannah-Jones, who herself had previously used the N-word in a public Twitter post, asking “whether intent made a difference in her case.”

She then posted the email, along with Sibarium’s cell phone number, on Twitter for all to see.

TRENDING: Sheriff Warns ‘Americans Will Not Be Safe’ Under Biden’s Immigration Policies

The Western Journal reached out to Sibarium for comment on Hannah-Jones’ decision to publish his personal information, to which he replied “her behavior speaks for itself.”

The New York Times subsequently contacted The Beacon, claiming that Hannah-Jones had “inadvertently posted Aaron’s number when she tweeted an email she received from him,” according to an email The Beacon sent to The Western Journal.

However, based on a Twitter exchange screen-captured by Sibarium himself, it appears that Hannah-Jones knew exactly what she was doing.

Hannah-Jones has taken down the tweet that contained my phone number. I appreciate that.

But it took her over 24 hours to do so—and she clearly knew my number was out there. pic.twitter.com/EBdbPPwjpf

When asked by The Western Journal whether The Times stood by the claim that Hannah-Jones actions were inadvertent, given the above tweet, a representative replied by simply saying “yes.”

According to The Beacon’s report, employees at The Times are split over McNeil’s firing.

Those against it pointed out how McNeil had not used the word in any sort of derogatory way. Rather, he was simply using the N-word in reference to it.

Conversely, others who argued that McNeil’s firing was justified, including Hannah-Jones, parroted a popular progressive argument concerning the slur’s usage.

In their view, words can be used to commit violence. No matter what the intent, using a racial slur can cause irreparable harm to the communities it was designed to disparage, in their view.

Although using this logic, shouldn’t Hannah-Jones be fired as well, given her previous usage?

A recent blog post from public intellectual John McWhorter — a professor of linguistics at Columbia University, as well as a contributing writer at The Atlantic — pointed out the issues many reasonably minded conservatives and liberals take with the progressive argument on this issue.

In his view, the difference between using the word and referring to it is obvious.

Should people be fired for using the N-word in reference?

Implying otherwise is insulting the intelligence of minorities themselves, according to McWhorter.

“The idea that it is inherent to black American culture to fly to pieces at hearing the N-word used in reference is implausible at best, and slanderous at worst,” McWhorter wrote.

“But the second and more important is that insisting on this taboo makes it look like black people are numb to the difference between usage and reference, vague on the notion of meta, given to overgeneralization rather than to making distinctions.”

“To wit, to get McNeil fired for using the N-word to refer to it makes black people look dumb.”