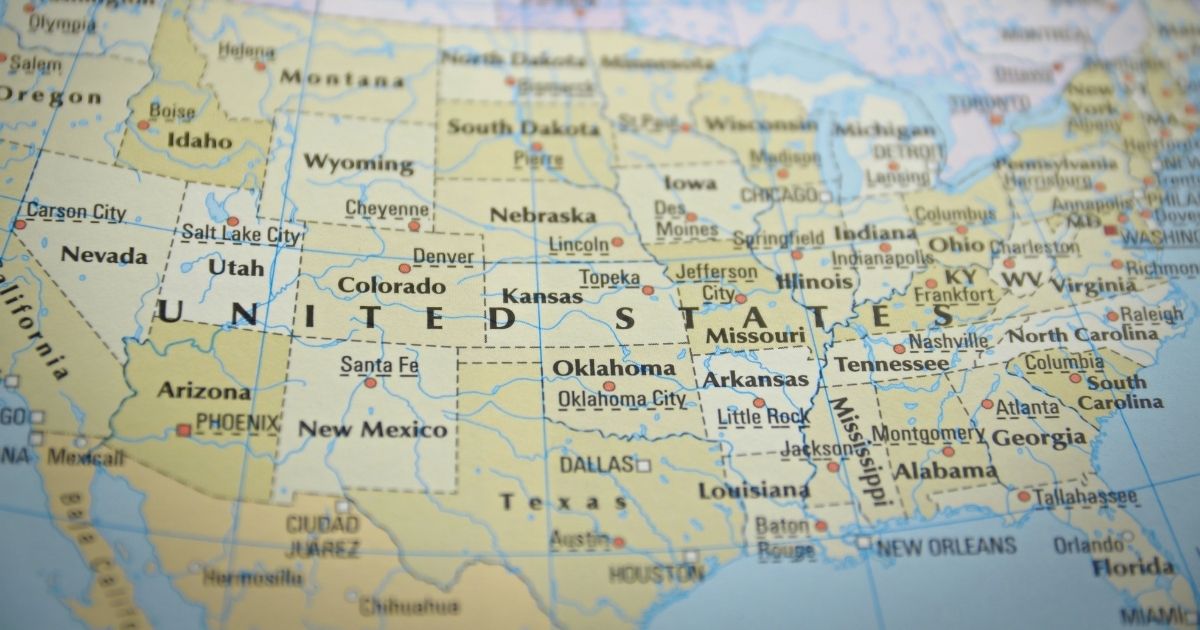 With the 2020 presidential election and the potential confirmation of a sixth Republican-appointed Supreme Court justice looming large on the horizon, the American left is already humoring radical measures as a viable option in response to expanded conservative governance.

An article published Tuesday by left-wing news media publication The Nation gave voice to the candid suggestion that progressive America may, in fact, be better off were traditionally blue states to secede from the union.

“The United States has never been an equal, peaceful, or functional nation, despite what the history textbooks say,” the article read. “It was built from genocide, slavery, and stolen land.

“This year, the Black Lives Matter protests and the abolition movement, coupled with a pandemic that preys most on people consistently excluded from the broken health care system, demonstrate the lie of our ‘more perfect union’ even more,” the outlet added.

“Will there ever come a time to abandon this myth and the 50 ‘united’ states altogether? If so, is that moment already here?”

“If it’s not going to be possible to make this country something it’s never been, maybe we need to start a new one.” —@RichardKreitner https://t.co/DKkvV3IW3x

The musings were not specifically those of the article’s writer, Jessica Suriano, but rather of Richard Kreitner — an author known most recently for penning the book “Break It Up: Secession, Division, and the Secret History of America’s Imperfect Union.”

Kreitner is a former student of philosophy, having graduated from McGill University before eventually editing and writing for a variety of establishment media publications like Slate, The Nation, The Boston Globe and the New York Times, according to his official website.

Do you see secession as a possibility?

In the pages of “Break It Up,” a book described as a “revisionist” history in an endorsement blurb found atop its own front cover, Kreitner reportedly forwards popular academic claims that the American constitutional system of government was created in such a way as to fundamentally obstruct progress, resulting in the periodical broaching of secessionist thought by mainstream partisans on both sides of the aisle throughout history.

The author expounded upon this in his interview with The Nation, suggesting an honest look at history led him to the belief that “maybe the union is our enemy.”

“The one important moment in the formation of my thoughts that led to the book was when I was researching in the library one day in the fall of 2014 about the union and the founding and the Constitution and slavery and who the country really served,” Kreitner told The Nation. “I was already thinking about this as I walked down Sixth Avenue downtown, and this was right after the police officer who shot Michael Brown in Ferguson, Mo., was acquitted.

“There were protests going on all across the country. I passed a sign that said, ‘The system isn’t broken, it’s fixed.’ That just really lodged in my brain, because it seemed to describe not only the systems of police brutality and white supremacy that the protests were about, but also the Constitution that I was reading about and trying to really grapple with, with its effects on present-day progressive movements and ideas,” he added.

This is pub day for BREAK IT UP, a narrative history of the idea of dissolving the United States.

But the book is also an argument, about past, present, & future:

1. The US has never been united
2. We may be breaking apart
3. Maybe we shouldhttps://t.co/EAQZPnyGgT

RELATED: ‘Ditch and Switch’: Diamond and Silk Talk Bravery in the Face of Left-Wing Attacks

According to Kreitner, the supposed negative impacts of constitutional governance on progressive policy efforts were not impactful enough for him to declare the system entirely inoperable for progressives just yet.

“I don’t want the country to break up today,” Kreitner told The Nation.

“I feel pretty comfortable and confident in saying that. I don’t think the moment has come, but I think that it might.”

Instead, the author advocated for progressives to adopt a policy of “localism or regionalism,” attempting to push social equity and collectivist policy through at levels of government lower than that of the federal level, where most comprehensive checks and balances exist.

Pondering the possibilities of Senate abolition and radical reconsideration of the “federal arrangement,” however, Kreitner also forwarded concerns that even the incremental changes he would see made might also be impeded by partisan obstruction and systemic constitutional safeguards.

It was apparently a concern the author also saw manifesting itself at the more conservative end of the political spectrum — a reality he said could result in a division so substantial the everyday American would consider dissolving the very fabric of the nation.

“I think that this needs to be basically a live option that we have available to us. We need to not dismiss it as solely the province of the Confederacy and of slave owners. I think it would be extremely messy and unfortunate, but ideologically, I think that the option of devolution or even of disunion needs to be available for us,” he concluded.

“I find it totally conceivable to imagine moments, really in the not too distant future, in which I would wholeheartedly support breaking up the country. I’m basically trying to provide a history that suggests that we shouldn’t be so scared of the idea.”