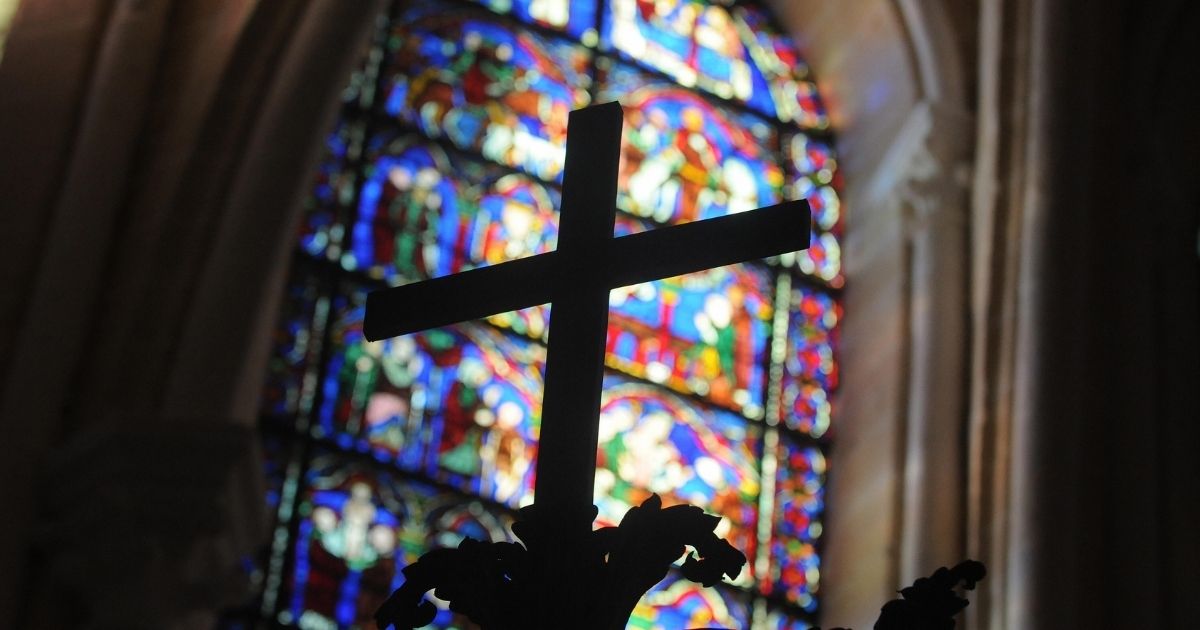 Leaning forward over the arm of a high-backed leather chair, author and apologist Lee Strobel was quick to concede that claims of substantial departure from the American church were “exactly true.”

There was a brief pause that followed, as the once legal editor for the Chicago Tribune considered the implications of a diminishing Christian population, eventually forwarding an opinion not often brought to the table. “I’m not so sure that all of it is negative,” he told The Western Journal’s Andrew Sciascia.

After years of widespread fear over the “declining religiosity” of the United States, the assertion was anything but anticipated. Conservative media elements had long assured heartland believers that the church was on a crash-course unseen in centuries, its adherents and potential converts uninterested and its cultural influence spent. There was quickly becoming no place in the U.S. for faith. All the data suggested that America was ceasing to exist as a Christian nation.

Strobel was less certain of these so-called facts. He seemed uncertain, even, that America had actually been a Christian nation to begin with. At least, not fully. Not in the deepest sense of the word.

“That makes it a challenge for us who want to see people come to faith. How do we reach those people? But I don’t think it’s necessarily unhealthy for people to realize, ‘You know what? I’ve been kind of playing the Christian game. I’m not really a Christian.’ Well, that’s probably a good realization to come to,” he added.

“Yeah, great. Now, let me help you understand what it means to really be a follower of Jesus.”

“Commensurate with Finke and Stark’s analysis, a recent paper in Sociological Science shows that, actually, there have been no declines in religiosity among those who are intensely religious in the U.S.” https://t.co/Fp3Wt2UM2u

The remarks fall against the long-spanning backdrop of recent polling data that indicates a post-religious America may be emerging on the horizon.

According to Gallup’s 2020 church membership survey, self-professed involvement in the local religious center — whether it be a church, synagogue or mosque — fell out of the majority for the first time in a century last year, extending a roughly 70-year drop from 76 percent. Another survey revealed that the average number of Americans who claim religion is “very important” in their lives has taken a similar trajectory, falling from 70 percent to 48 percent between 1965 and the present.

But the contention that this drop in religiosity can be attributed primarily to the departure of the fair-weather faithful, infirm in their beliefs, may actually hold water.

Gallup also revealed in its most recent look at American religiosity that the number of individuals who report attending church on a weekly basis, while lower than the number who reported church involvement, has remained relatively steady around the 30 and 40 percent mark.

These data points in particular represent necessary context rarely given its due in the conversation, hinting at the possibility that committed Christians are as faithful as they have always been. Recent cultural forces have simply served to “separate the wheat from the chafe,” pushing lukewarm believers out of a religious community they reside in for the sake of routine, rather than values.

For folks like Strobel, this is not a catastrophic development, but an opportunity for evangelism — a chance to introduce to the unabridged gospel those who may previously have rejected certain elements out of stubborn adherence to flawed beliefs they had already cemented.

RELATED: From Skeptical to Saved: A Feature Interview with Author and Christian Apologist Lee Strobel

Bringing those individuals into the fold, however, represents a new problem, particularly given the growth of partisan divisions within the American church.

Already at odds as a result of cultural divisions and negative polarization exacerbated by the nation’s primary political parties, the traditional and progressive wings of the church saw tensions rise to a fever pitch last year amid the throes of the COVID-19 pandemic.

As government lockdowns spread alongside the virus, the primarily doctrinal divisions of centuries past were replaced with simple — but no less heated — debate over masking and church closures. Many churches went the way of compliance, shutting their doors or silencing musical worship, while others continued to meet, masked or otherwise.

For all intents and purposes, the result was the same. The moment was ripe for emotional outbursts and public in-fighting — an unfortunately engrossing proposition English author C.S. Lewis warned against roughly a century ago, urging the faithful in his book, “Mere Christianity,” to avoid openly debating matters that would only keep the general population at arm’s length from the church.

“I think that there’s a weighing of values,” Strobel seemed to agree. “I think the main value the church has to weigh is: How do we love God and love our neighbor as ourself? What does that look like?”

The pandemic was a time of tragedy and social isolation. It had led many to consider the “fragility” of life, Strobel said, and it should have been used as an opportunity to spread light, rather than a moment for Christian partisans to duke it out as others’ lives, livelihoods and salvation hung in the balance.

Do you fear the growth of a godless American culture?

And according to him, that need not mean watering down the gospel message. The apologist was firm in claims that there was a “huge danger” to softening the message of Christianity in an effort to “get along with culture.” That firm adherence to scriptural truth simply needed the accompaniment of humility and compassion, over self-righteousness.

“There’s always been a tension in the church, you know? We want to see people– We know how God has changed our lives for the good. We want our friends and family and neighbors to have that same great experience,” Strobel said. “And so, we have a desire to reach out and we have a biblical mandate to reach out. But the tension comes with what are we reaching out with? Are we softening things to just make it attractive to people or are we telling them the truth? And I think, you know, biblically, we need to tell people the truth.”

“The wages of sin is death. But the good news is there is forgiveness through Jesus Christ,” he added.

“It’s like the illustration some people use of being on an airplane, and you’re on a commercial flight and the flight attendant comes around with a parachute. ‘Would you like a parachute? No, I don’t want a parachute’ … Versus, ‘The plane is going down! Do you want a parachute?’ Absolutely! All of a sudden it becomes urgent.”