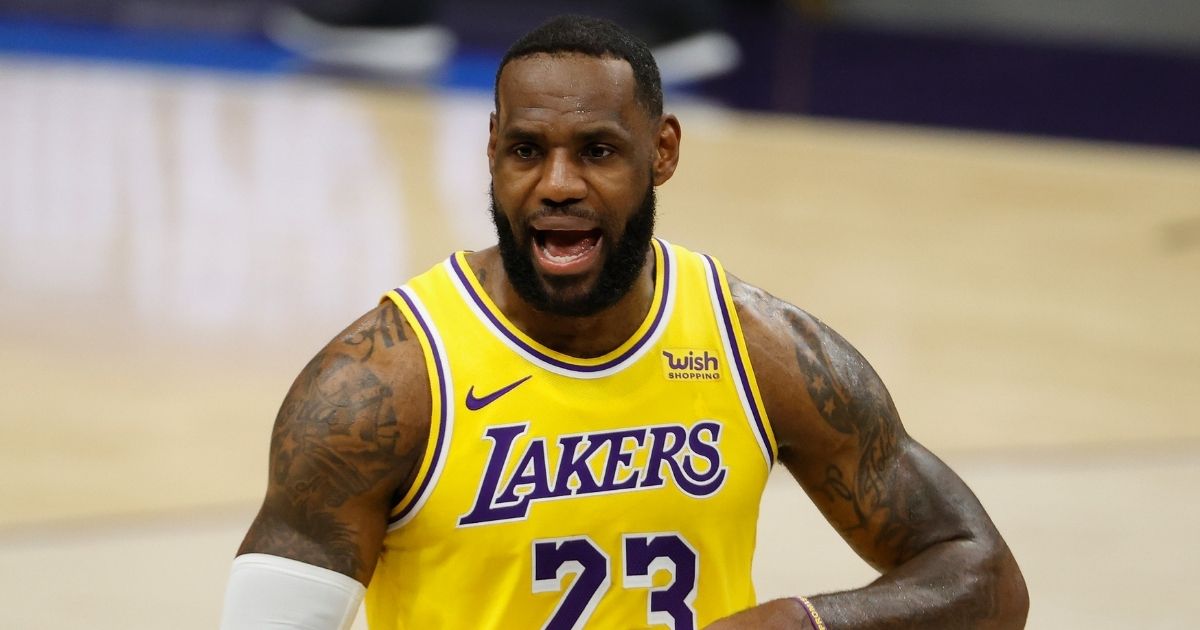 NBA superstar LeBron James tweeted and then deleted what amounted to a threat aimed at the heroic police officer who shot and killed a knife-wielding teen in Ohio on Tuesday.

Officers in Columbus, Ohio, arrived at a scene Tuesday afternoon where, according to police, 16-year-old Ma’Khia Bryant was shot and killed by an officer as she attempted to stab another person with a large knife. That officer’s body camera video of Bryant’s shooting appears to show her armed with a large blade as she lunges at another girl.

By all appearances, the cop who pulled the trigger saved a life.

WARNING: The following video contains graphic footage that some viewers will find offensive.

Bodycam footage from today’s Officer-involved shooting in Ohio shows Makiyah Bryant brandishing a knife at another woman before being shot by the officer
pic.twitter.com/uZiAcXj1R8

Not only did the officer potentially save a life, but a black life. The department has released the name of the officer who shot Bryant, identifying him Wednesday as Nicholas Reardon, according to WBNS-TV.

Rather than Reardon being given praise for his quick thinking during a situation no cop wants to be in, or at least the benefit of due process, the officer is now being attacked and threatened by radical leftists online. One of those leftists who attacked the cop Wednesday was Los Angeles Lakers star LeBron James, who is a native of Ohio.

James shared an image of Reardon taken apparently following the shooting with his almost 50 million followers with a message: “YOU’RE NEXT.”

Do you think James will be reprimanded by the NBA?

He tweeted the image, the text and a hashtag, which read: “#ACCOUNTABILITY.”

Shortly after James posted the dangerous and inflammatory message, he took the tweet down. The post was screen-grabbed prior to its deletion by numerous social media users.

James didn’t specify if he wanted Reardon to be the “next” cop attacked in the country or if he was calling for the officer to be prosecuted. But such an incendiary post from a man with such a powerful pulpit is dangerous — especially as the country remains a tinderbox for potential social unrest and violence.

The superstar later explained why he deleted the original tweet, offering something approaching an apology.

“ANGER does any of us any good and that includes myself!” James wrote. “Gathering all the facts and educating does though! My anger still is here for what happened that lil girl.”

ANGER does any of us any good and that includes myself! Gathering all the facts and educating does though! My anger still is here for what happened that lil girl. My sympathy for her family and may justice prevail! 🙏🏾✊🏾🤎👑

James went on to shift the blame for his irresponsible message, lamenting how the tweet was “being used.”

“I took the tweet down because its being used to create more hate -This isn’t about one officer. it’s about the entire system and they always use our words to create more racism,” he wrote.

I’m so damn tired of seeing Black people killed by police. I took the tweet down because its being used to create more hate -This isn’t about one officer. it’s about the entire system and they always use our words to create more racism. I am so desperate for more ACCOUNTABILITY

Police in Columbus are thus far standing by Reardon, despite the fact that America’s outrage mob is calling for his head.

Columbus Division of Police interim Chief Michael Woods defended his officer’s use of force against Bryant Wednesday as a matter of training, as the predictable “shoot them in the leg” crowd began crowing from the peanut gallery.

At a media briefing on the shooting Wednesday, Woods was asked by a reporter, “Can an officer shoot the leg? Can they shoot somewhere that would not result in a fatal wound?”

The short answer: Was that a real question?

“One of the difficult things with that is we don’t train to shoot the leg because that’s a small target. We train to shoot center mass — what is available to stop that threat,” Woods said. “There was a threat going on, a deadly force threat that was going on, so the officer was trained to shoot center mass – the largest part of a body that is available to them.”

“When you try to start shooting legs or arms, rounds miss and they continue on and there are people behind that that could be in danger that are not committing anything, so we try and minimize danger to anyone else if we have to use our firearm,” the acting police chief added.

The overall message: Reardon relied on his training. By viewing the video, it appears as though the officer responded to an unfortunate situation in the best way that he could to prevent a potentially fatal stabbing.

What has he received, thus far? He was connected to “systemic racism and implicit bias” by White House press secretary Jen Psaki early Wednesday. Not long after that, one of the biggest names in sports history, James, shared an image of him taken during probably one of the most difficult moments of his life online, and declared, “YOU’RE NEXT.”

LeBron James’ since-deleted tweet suggested he doesn’t want justice, equality or racial unity. The Lakers star apparently wants a reckoning against a white cop who the world should right now be celebrating as a hero for saving a person’s life.