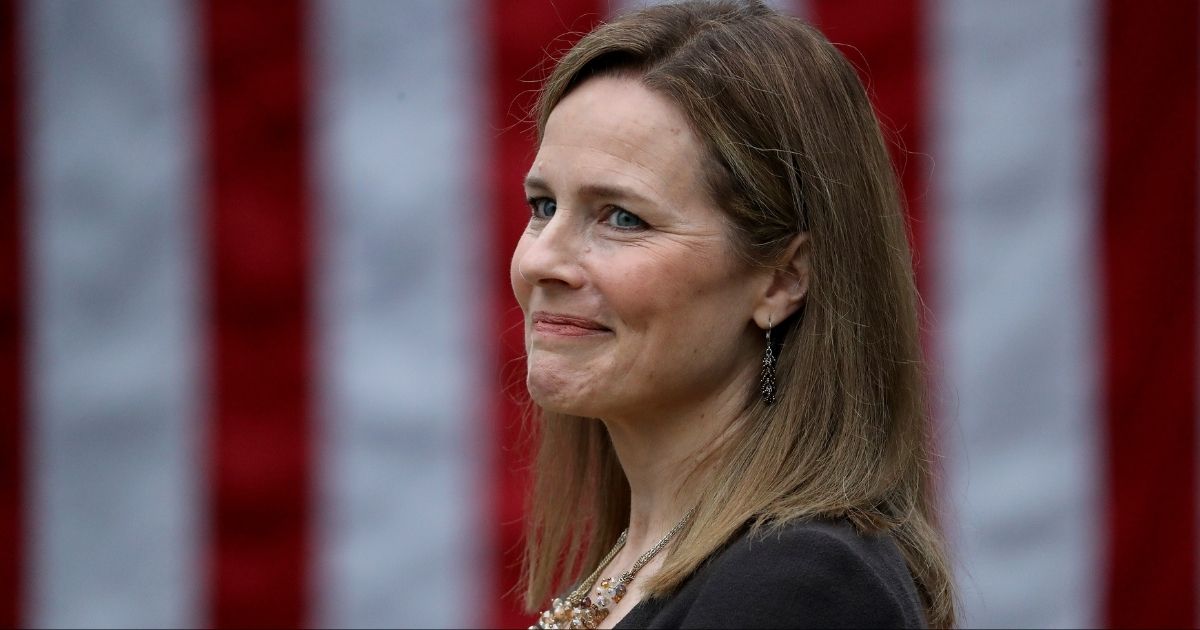 As the nation assesses Supreme Court nominee Amy Coney Barrett, one Notre Dame University law professor is telling liberals “there is nothing about the prospect of a Justice Barrett that should cause them to fear.”

Professor O. Carter Snead shared his view of the nominee in an in a commentary piece published Saturday by The Washington Post.

“I have known Barrett as a friend and colleague for more than 15 years. And I can assure worried liberals that there is nothing about the prospect of a Justice Barrett that should cause them to fear,” he wrote.

Snead praised Barrett’s intellect and humility and said the Americans who are fearful that a woman of strong Catholic faith would be a threat should take a look at the record.

“There is no need to fear Barrett’s faith. To the contrary, her commitment to treating others with respect grows directly out of her religious convictions. But Barrett’s love of neighbor goes beyond merely treating others with dignity. In all the time I have known her, I have never once seen Barrett place her needs above those of others,” he wrote.

“A few years ago, a blind student matriculated as a first-year law student at Notre Dame. Upon arrival, she encountered delays in getting the technological support she needed to carry out her studies. After only a few days in Barrett’s class, the student asked her for advice. Barrett’s response was ‘This is no longer your problem. It is my problem.’

“Barrett followed up with the university administration herself, got the student what she needed, and then mentored her for three years. That student just completed her service as the first blind female Supreme Court clerk in U.S. history,” Snead added.

The clerk, whose name is Laura Wolk wrote about the incident on FirstThings.com. She recounted the troubles that plagued her upon arrival at Notre Dame in 2013.

Judge Barrett’s unsolicited words were balm to my soul. https://t.co/vKPwEckd5n

“Although I had known her for only two weeks, I felt confident that this poised, articulate woman would not dismiss my concerns and would counsel me on how to get the university to procure the needed assistive technology as quickly as possible,” Wolk wrote.

“But she did not merely help me to readjust the burden on my own shoulders; she took it from me and carried it herself,” she wrote.

“I will never forget the moment when she looked at me from across her desk and said, coolly and matter-of-factly, ‘Laura, this is not your problem anymore. It’s mine.’”

Wolk wrote that Barrett stunned her not only with her promise, but with her follow-through.

“To many, this might seem like an insignificant gesture. After all, how hard could it be for a law professor to send a few follow-up emails and make a few phone calls? But as a person with a disability, as someone who is accustomed to the oftentimes solo and always thankless task of self-advocacy, I was caught off guard. Her unsolicited words were balm to my soul.

“The rarity of the offer was enough to impress me, but the sincerity and conviction with which she spoke indicated that she would not let me down. She proved, as I knew she would, to be a woman of her word,” Wolk wrote.

Do you think Amy Coney Barrett would be a good Supreme Court justice?

Three years later, Wolk noted, as she was finishing law school, she faced eye surgeries and was plagued with a crisis of confidence in what might lie ahead.

“Professor Barrett wanted to hear it all. She gave me the space to cry my tears and run through all the ‘what ifs,’ allowing me to stay until I once again felt ready to face the challenges ahead,” Wolk wrote.

“I went on to succeed that semester and, by God’s grace, to become the first blind woman to clerk on the Supreme Court,” she wrote, adding that Barrett was an integral part of her achievement.

“The warmth and compassion that Judge Barrett has shown me on so many occasions flow from the same wellspring of faith for which she is now so excoriated. The ease with which she donates her time and energy to serving others comes from years of loving the Lord with her entire heart, mind, and strength, and loving her neighbor as herself. And for a young, disabled woman like me struggling to find my footing and place in this world, that faith has made all the difference,” Wolk wrote.

Snead noted that Barrett’s faith would not lead her to roll back court precedents lightly.

“[B]ecause of her integrity and rigor, there is no reason to fear that Barrett would casually discard precedents that conflict with the Constitution’s original meaning or even a statute’s plain meaning,” he wrote.

“There is of course no way to know in advance how a Justice Barrett would rule on hot-button cases. What is clear is that she would carefully analyze each case on its merits, respectful of the stakes for both the rule of law and the stability of our polity, doing her level best to get the question right, regardless of her own personal views,” he wrote.

“At a time when there is so much to worry about in our troubled nation, having a Supreme Court justice who brings such honesty and integrity to her work should be the least of our fears.”