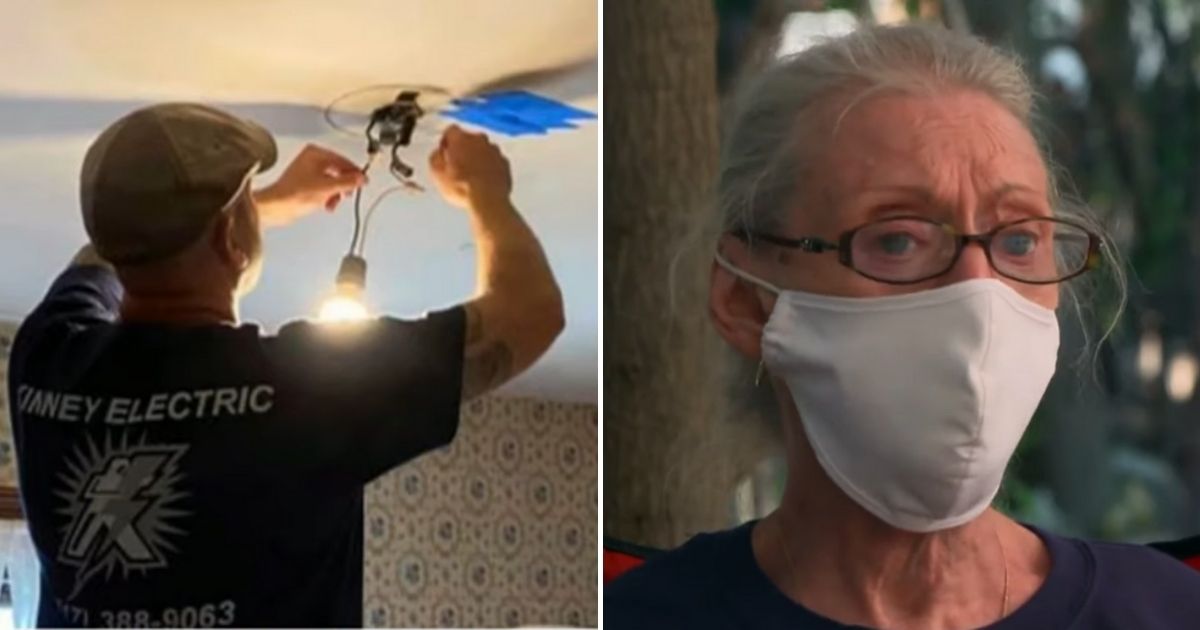 Gloria Scott is a 72-year-old woman living in Woburn, Massachusetts, who — like many elderly folks her age — needed some work done around the house. The most addressable and pressing issue, in her estimation, was a light that wasn’t working, so she called an electrician.

Little did she know that one call would not only spur one of the largest acts of kindness she’d ever seen but would also create a ripple effect that would ensure the kindness would keep on traveling.

John Kinney was the electrician who showed up when Scott called. He could tell immediately that a broken light wasn’t even the tip of the iceberg. Her home was in shambles.

“No lights, running water,” Kinney told CBS News. “I think I seen her on a Friday and it stuck with me over the weekend and I said, ‘I got to go back there.’”

But, like many people, Scott didn’t have the money to pursue all the repairs her home so desperately needed.

TRENDING: Watch: GOP Candidate Klacik Gets Kicked Off of ‘The View’ for Calling Out Behar’s Blackface Scandal

Kinney solved that for her and started a Facebook group to ask if there were any other tradesmen in the area who would be willing to pitch in and get her house turned back into a home — free of charge.

“Nice old lady needs help,” the Facebook fundraiser was appropriately named. What followed was a laundry list of issues, but they were opportunities for blessing, and the cause has received even more than the $100,000 requested.

“She has no internet or cell phone,” Kinney wrote.

“When sparks started shooting out of her light fixture, she went to a neighbor, and they gave her my number. When I arrived at her house I discovered that the electrical was in very bad shape. Half her lights were out, she had no stove, and her refrigerator was plugged into an extension cord.

“I fixed her immediate electrical hazards and got her lights and air conditioning on. When all the lights came on, I saw that her ceilings were falling apart, her kitchen sink was broken, and that the place was filthy. She told me that critters often got in the house.

“The outside was no better. Gutters were falling down and it was surrounded by a jungle. She has no family, and money is tight.”

While the original post on the page said he wasn’t looking to rebuild the entire house, that’s basically what has happened, thanks to the gifts of time, labor and supplies that have flooded into Scott’s life.

As the community came together to take care of one of their own in a beautiful way, Kinney thought of all the others like Scott who could also use help. He started “Gloria’s Gladiators,” a database of talent willing to “be called upon to help out any elderly person in need.”

Scott has been overwhelmed by the amount of love that has been poured out on her and her house.

“Look at these people!” she said. “I mean, I can’t even comprehend the gratitude that I have.”