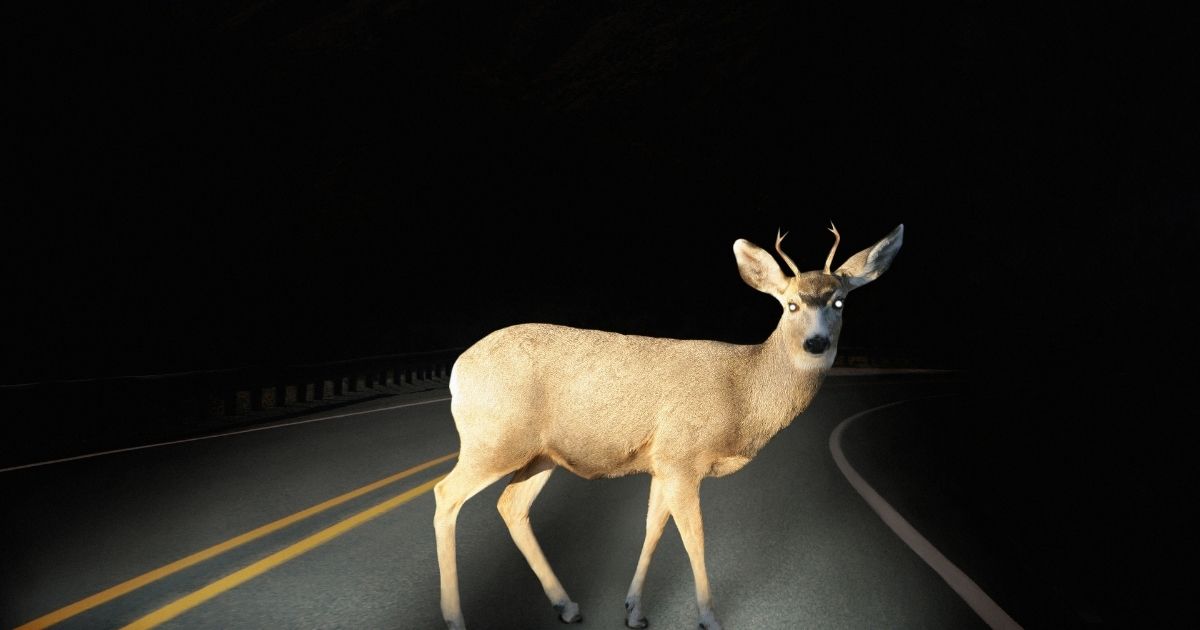 A Kentucky man was caught hunting illegally from his SUV last week when he shined a spotlight on a robotic deer that police use to nab people accused of breaking the law, authorities said.

James Malone, 29, was spotted on Dec. 20 shining his headlights “for an extended period of time” on what he thought was a deer in Taylor County, the Lexington Herald-Leader reported, citing an arrest citation from the Kentucky Department of Fish & Wildlife.

The “creature” actually was a robotic deer deployed by Fish & Wildlife to catch the man suspected of hunting illegally.

According to Kentucky hunting regulations, “No person may deliberately cast the rays of a spotlight or other artificial light into any field, pasture, woodlands or forest, whether public or private, where wildlife or domestic livestock may reasonably be expected to be located.”

Is this the best way to catch illegal hunters?

Authorities say Malone admitted to previously killing a deer without a license and failing to report it, as required by Kentucky law, according to WDRB-TV.

Hunter education courses are held throughout the state, and “people who complete the course are issued an orange certification card,” according to Kentucky hunting regulations.

When police searched Malone’s car, they said they found a .270 rifle under the back seat that he said he previously used to kill a buck, the Herald-Leader reported.

Police also said they found what they suspected to be methamphetamine in the car.

Malone was charged with spotlighting, possession of drug paraphernalia, possession of a controlled substance, illegal taking or pursuing of a deer, hunting without a license and criminal littering, records show, according to the newspaper.

He was held in the Taylor County Detention Center on a $5,000 cash bond, per multiple reports.

This is not Malone’s first run-in with the law concerning illegal hunting.

He was found guilty in June of hunting without a license and illegally taking or pursuing a turkey, the Herald-Leader reported.

Malone also was spotted in a Snapchat picture posing with a harvested turkey he failed to report, a previous citation sites, according to the newspaper.

Conservation officers said in 2019 that every year, more people illegally poach wildlife by spotlighting, hunting on land without permission and shooting deer without tags and permits, WDRB reported.

“Shooting at night is very unsafe,” Kentucky Department of Fish &  Wildlife Officer Tim Brett said in regard to spotlighting. “You don’t know what’s behind whatever you’re shooting at. You can’t see really anything.”