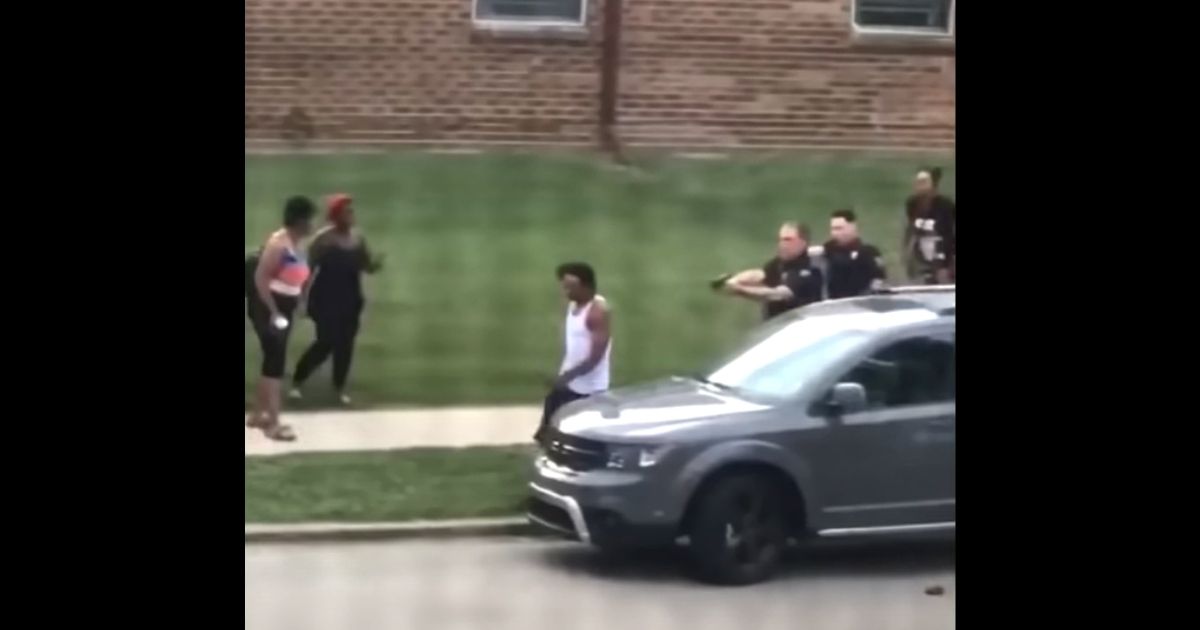 The presumption of innocence is reserved for the courts, not the media, the public or the police.

Still, in today’s racially charged, hyper-political and anti-police climate, the media’s megaphone is amplified by activists who seem to be waiting for the next example of perceived systemic racial bias they can use as a pretext to create unrest.

Much of the establishment media’s reporting is flimsy, baiting, inaccurate and irresponsible. The failure of reporters, at this crucial juncture in our country’s history, to seek out and convey facts and context, as opposed to headlines and click-worthy buzzwords, is capable of doing a lot of damage, as you well know.

For example, the Aug. 23 shooting of 29-year-old Jacob Blake in Kenosha, Wisconsin, has been portrayed by much of the media as another example of alleged racially motivated police brutality.

Soon after police shot Blake in the back seven times, portions of Kenosha burned and 17-year-old Kyle Rittenhouse allegedly killed two rioters and wounded another in a deadly confrontation that appeared to be self-defense.

A court will now determine if Rittenhouse acted lawfully.

The court of public opinion, though, quickly ruled against the Kenosha Police Department in Blake’s shooting, and the media has piled on.

A police union in Kenosha would like to set the record straight about the context of Blake’s shooting.

Wisconsin state Sen. Steve Nass, a Republican, released a joint statement with the Kenosha Professional Police Association countering the narrative of the media, Democrats and professional athletes that Blake was shot because he was guilty of being a black man.

“Senator Nass believes it is important that the public have a more complete presentation of the facts relating to the incident involving Jacob Blake,” the release said.

In a zeitgeist-bucking statement, Nass and the union laid out the facts, which conclude Blake was armed, attacked an officer, was wanted on a sex crime warrant, was twice tased and was shot only as a last resort after he failed to comply with a number of lawful orders and reached into the vehicle.

Describing national narratives about Blake’s shooting as “wholly inaccurate,” the police union described the general depiction of events in Blake’s shooting as “purely fictional,” which it says is “incredibly harmful, and provides no benefit to anyone whatsoever, other than to perpetuate a misleading narrative.”

“The lawyers for Mr. Blake, among others, have continued to provide false and misleading ‘facts’ to the public, in what can only be considered a ploy for attention and sympathy. Unfortunately, even the incident update from the Wisconsin Department of Justice, Division of Criminal Investigation (‘DCI’) — the agency charged with investigating the incident independently — is riddled with incomplete information, and omits important details that would help to paint a more complete picture of the incident,” the KPPA said in a statement.

RELATED: New Video From Before Kenosha Shooting Reveals One Detail That Could Save Teen Shooter

The Wisconsin DOJ wrote in a news release, “Kenosha Police Department officers were dispatched to a residence in the 2800 block of 40th Street after a female caller reported that her boyfriend was present and was not supposed to be on the premises.”

“Mr. Blake walked around his vehicle, opened the driver’s side door, and leaned forward. While holding onto Mr. Blake’s shirt, Officer Rusten Sheskey fired his service weapon 7 times. Officer Sheskey fired the weapon into Mr. Blake’s back. No other officer fired their weapon. Kenosha Police Department does not have body cameras, therefore the officers were not wearing body cameras,” the state’s DOJ concluded.

The KPPA and Nass, apparently unsatisfied with the state’s portrayal of the Aug. 23 incident, laid out more facts about the officer-involved shooting in the joint news release.

Among “actual and undisputed facts” about the interaction between the Kenosha Police Department and Blake, the union said that “Mr. Blake was attempting to steal the caller’s keys/vehicle.”

Blake also had an open warrant “for felony sexual assault (3rd degree) before [police] arrived on scene,” the KPPA wrote.

Furthermore, the news release cast away any doubt about whether Blake was armed.

“The officers first saw [Blake] holding the knife while they were on the passenger side of the vehicle. The ‘main’ video circulating on the internet shows Mr. Blake with the knife in his left hand when he rounds the front of the car. The officers issued repeated commands for Mr. Blake to drop the knife. He did not comply.”

The KPPA release goes on to describe Blake as “uncooperative” and “non-complaint,” noting that officers went “hands-on” twice with him twice by deploying tasers.

After being tased once, police said, Blake put an officer in a headlock.

A second attempt to tase Blake “did not appear to have any impact on him,” police said.

KPPA statement by The Western Journal

“Based on the inability to gain compliance and control after using verbal, physical and less-lethal means, the officers drew their firearms. Mr. Blake continued to ignore the officers’ commands, even with the threat of lethal force now present,” the police union said in the news release.

The KPPA concluded, “The foregoing facts need to be added to the story to correct what is currently out there. As the uncontested facts above demonstrate, the officers involved gave Mr. Blake numerous opportunities to comply. He chose not to. None of the officers involved wished for things to transpire the way it did.”

Do you think police were justified in the Jacob Blake shooting?

When a police officer shoots a man seven times in the back, it is never a good look — but context matters.

It is telling that the KPPA chose to circumvent the media and the state’s chief law enforcement agency to release facts about Blake’s shooting.

Police officers no longer are presumed to have done their jobs when they find themselves in unfortunate situations, which is to be expected after months of calls from the left for their defunding and systematic dismantling — and worse.

California Sen. Kamala Harris, the running mate of Democrat presidential nominee Joe Biden, is among those ready to charge the officer who shot Blake with a crime.

“I don’t see how anybody could reason that that was justifiable,” she told MSNBC last week. “Based on what I’ve seen, it seems that the officer should be charged.”

“If he was not armed, the use of force that was 7 bullets coming out of a gun at close range in the back of the man, I don’t see how anybody could reason that that was justifiable.” pic.twitter.com/TUIIjEgASU

The statement from Harris did little more than pour gasoline on an already raging inferno, and it was made Friday as the investigation into the shooting remained in its early stages.

But every incident involving a racial minority at the wrong end of a gun, no matter the circumstance, will be politicized by Democrats, the media and other mouthpieces for the left until at least Nov. 3.

In the meantime, police officers involved in shootings will be presumed guilty by those with political motives — which is why the facts about incidents such as the Blake shooting are so important.