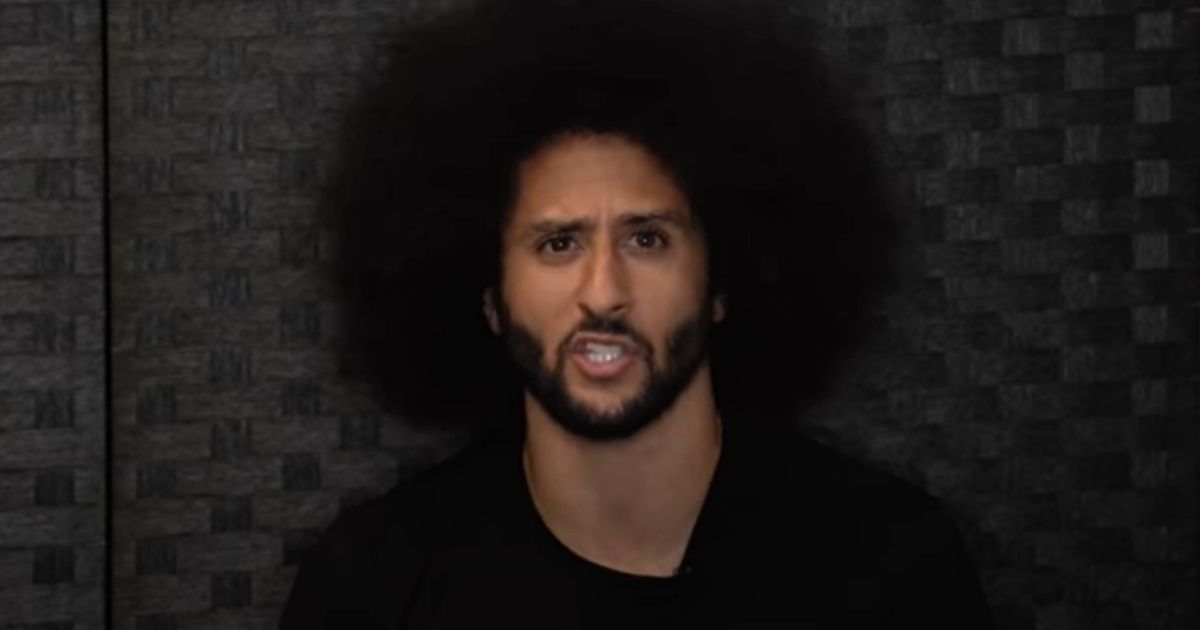 The former San Francisco 49ers star, who kicked off his career as a high-profile leftist activist by refusing to stand for the national anthem during games in 2016, is calling for the release of a man who has been in prison since 1982.

A jury found Abu-Jamal guilty of killing the young officer and sentenced him to death.

Faulkner had pulled over Abu-Jamal’s brother in the city when he was gunned down.

Abu-Jamal was working as a taxi driver at the time, and a gun registered to him, a .38 caliber pistol, matched the gun used in the murder, according to a 1995 story from The Baltimore Sun.

As The Sun reported 25 years ago, two witnesses “testified they heard Mumia Abu-Jamal confess to the shooting at the hospital.”

The cop killer, who has become known for his writings complaining about alleged racism in the criminal justice system while behind bars, had his death sentence commuted in 2011.

Do you think Abu-Jamal should be released from prison?

Faulkner’s wife has called the continued publicity for the man who killed her husband a “mental prison,” according to The Tribune.

But now Kaepernick is involved, and he’s demanding Abu-Jamal’s release.

In a video pleading for the release of the cop killer, Kaepernick complained that “Mumia has been in prison longer than I’ve been alive” and trashed the Philadelphia Police Department as racist and corrupt.

“We’re in the midst of a movement that says Black Lives Matter, and if that’s truly the case, then it means that Mumia’s life and legacy must matter,” the former NFL player said. “And the causes that he sacrificed his life and freedom for must matter as well.”

RELATED: Report: ESPN Is Financially Bleeding and Could Soon Lay Off Hundreds of Employees

He contended that Abu-Jamal is a “political prisoner” who was “framed” for the murder.

Despite a jury finding the man guilty, Kaepernick said Abu-Jamal “dedicated his life to fighting against racism.”

“Mumia has been in prison longer than I’ve been alive,” the anti-police activist said in the video.

“Since 1981, Mumia has maintained his innocence,” Kaepernick said. “His story has not changed.”

Never mind the evidence, the conviction and that connection — Abu-Jamal’s brother was with Faulkner during the fatal shooting. Proclaiming one’s innocence and sharing similar political views appears to be enough to convince the former NFL star.

Sure, the criminal justice system has made mistakes, but if we took everyone who is currently behind bars at his or her word, the prisons would all be empty.

As Morgan Freeman’s character Red told Tim Robinson’s character Andy in the 1994 hit “The Shawshank Redemption,” “You’re gonna fit right in. Everyone in here is innocent, you know that?”

Per Kaepernick, Abu-Jamal’s incarceration is “a second-by-second assault on the soul,” and his proclaimed innocence equates to actual innocence.

What about Faulkner’s soul?

A Facebook page called Justice for Daniel Faulkner ripped into Kaepernick for defending the officer’s killer.

“Kaepernick repeatedly states in video that Mumia has been in jail for 38 years and deserves freedom. Why on earth would he deserve freedom for committing a murder?” a post on the page said.

“The video shows Kaepernick truly has no knowledge on the true facts and evidence of his conviction. The ignorance of Kaepernick is a disgrace.”

Kaepernick is apparently no longer content with sitting back and complaining about his perception that police officers are all compromised by systemic racism.

Now he’s calling for the release of a man who was convicted of killing a young cop with his entire life ahead of him.

Read the latest from @prisonculture: “Some might be wondering, is abolition too drastic? Can we really get rid of prisons and policing all together? The short answer: We can. We must. We are.”  #AbolitionForThePeople https://t.co/IrTBlvUbQM

The activist is apparently using Abu-Jamal’s self-proclaimed innocence as his rationale.

Other than sharing a skin color, the only apparent connection between Abu-Jamal and Kaepernick appears to be they both believe America to be irredeemably racist.