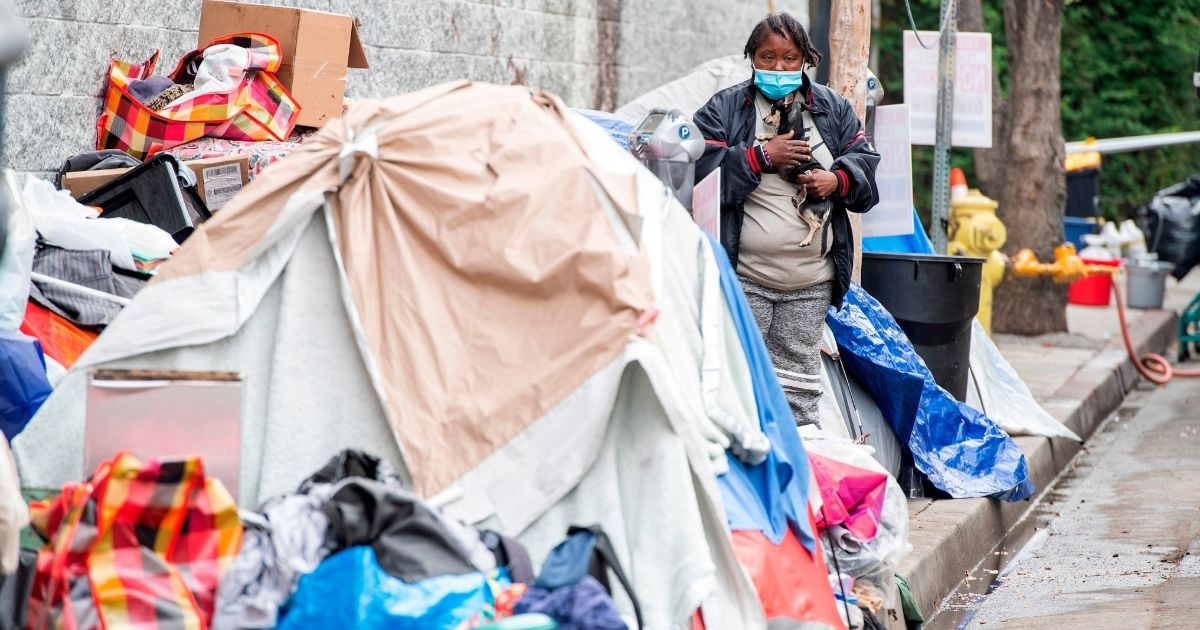 In an injunction that labeled California’s homeless crisis an illustration of racism at work, a federal judge has ordered that all of the homeless people living along Skid Row in Los Angeles be offered housing within six months.

Skid Row is home to about 4,600 homeless people, according to last year’s calculations, which is estimated to be about 10 percent of the city’s homeless population.

The order also requires the city to set aside $1 billion for projects that will help the homeless.

The order minces no words in venting Carter’s disgust with the plight of the homeless.

“There can be no defense to the indefensible. For all the declarations of success that we are fed, citizens themselves see the heartbreaking misery of the homeless and the degradation of their City and County,” he wrote.

“Los Angeles has lost its parks, beaches, schools, sidewalks, and highway systems due to the inaction of City and County officials who have left our homeless citizens with no other place to turn. All of the rhetoric, promises, plans, and budgeting cannot obscure the shameful reality of this crisis — that year after year, there are more homeless Angelenos, and year after year, more homeless Angelenos die on the streets,” he wrote.

Carter referenced former President Abraham Lincoln’s Gettysburg Address in his ruling and framed his injunction through a lens of race.

“The Civil War brought a formal end to the institution of slavery, but a century and a half after the Gettysburg Address, the ‘unfinished work’ of which President Lincoln spoke remains woefully unfinished,” he wrote. “Here in Los Angeles, how did racism become embedded in the policies and structures of our new city? What if there was a conscious effort, a deliberate intent, a cowardice of inaction?

Is housing the only issue facing the homeless?

“Through redlining, containment, eminent domain, exclusionary zoning, and gentrification — designed to segregate and disenfranchise communities of color — the City and County of Los Angeles created a legacy of entrenched structural racism. As shown most clearly in the present crisis of homelessness, the effects of structural racism continue to threaten the lives of people of color in Los Angeles.”

“The current inaction on the part of the City and County of Los Angeles has allowed the harms of their racist legacy to continue unabated, leaving Black people — and especially Black women — effectively abandoned on the streets,” Carter continued.

“Such governmental inertia has affected not only Black Angelenos, not only homeless Angelenos, but all Angelenos — of every race, gender identity, and social class. Virtually every citizen of Los Angeles has borne the impacts of the City and County’s continued failure to meaningfully confront the crisis of homelessness. The time has come to redress these wrongs and finish another measure of our nation’s unfinished work,” he wrote.

Skip Miller, a partner at the Miller Barondess law firm representing L.A. County in the suit, said an appeal of the injunction is possible.

The injunction “is an attempt by property owners and businesses to rid their neighborhood of homeless people,” Miller said.

“There is no legal basis for an injunction because the county is spending hundreds of millions of dollars a year on proven strategies,” he added.

Matthew Umhofer, an attorney representing the L.A. Alliance for Human Rights (the group that sought the injunction), praised Carter’s action.

“This is exactly the kind of aggressive emergency action that we think is necessary on the issue of homelessness in Los Angeles,” Umhofer said.

L.A. Mayor Eric Garcetti said he was concerned the order could impact work the city already has underway.

“Roadblocks masquerading as progress are the last things we need,” he said.

Councilman Kevin de León, whose district includes Skid Row, however, said the ruling “lights a fire under the city to act with a real sense of urgency and to match the rhetoric with real outcomes to save lives.”

“It’s a strong shot across the bow — and he is expecting action,” de León said. “Not continued negotiations or studying everything to death.”