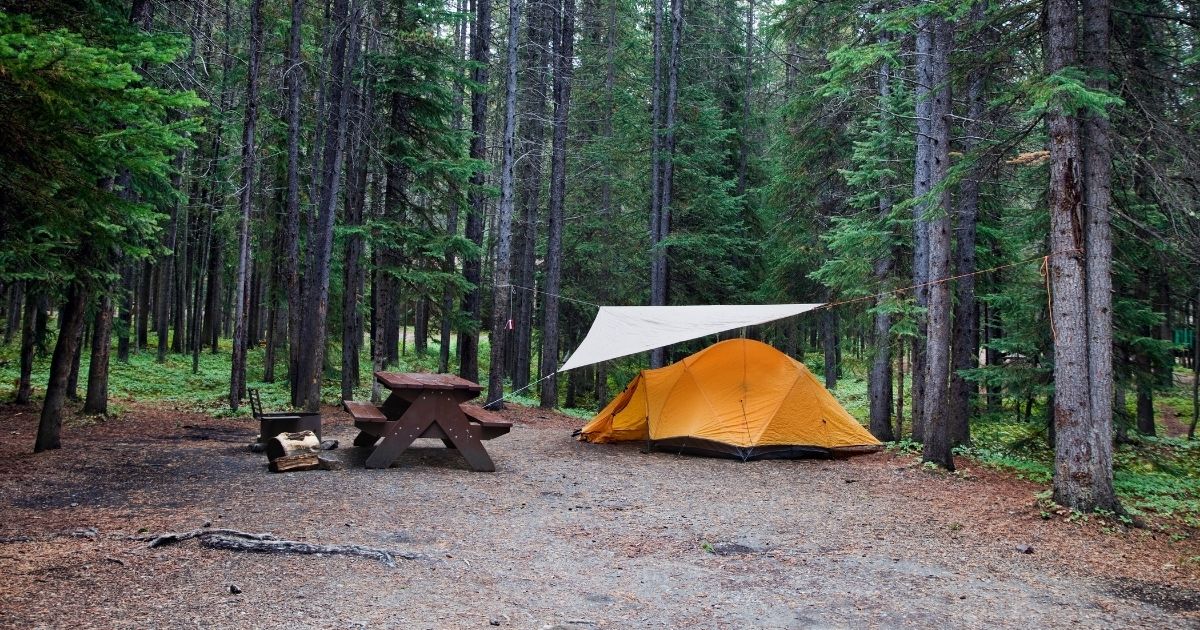 When COVID-19 hit, I quarantined in Eastern Massachusetts. Biking around the woods, I noticed something strange.

There are two campgrounds near my house. One is full. Lots of people pitch tents or park trailers at a place called Maurice’s.

A short bike ride away is a much bigger campground that’s almost entirely empty. Why?

The empty campground is run by the state. It has great facilities: a new paved road, new bathrooms, etc. Signs direct people to campsites, even to group camping, but there are almost no people. Dozens of picnic tables are turned upside-down.

What a shame. This would be a great place to spend time during the pandemic.

I asked one of the few people camping, “Why is this place so empty?”

“Everything is sold out,” he responded. Indeed, signs do say, “Camp is Full.” But the camp is the opposite of full.

“I think it’s so empty because of COVID,” said another camper.

Do you think private companies are more efficient than the government?

She agreed, saying she’s also wondered about that.

We asked the Massachusetts Department of Parks why its camp was largely empty. They didn’t respond. We kept calling and emailing until, nine days later, someone told us that they’d “had difficulties hiring seasonal employees.”

Really? This summer, Massachusetts had the highest unemployment rate in America. The state offers to pay workers up to $25 an hour, including benefits. Yet they can’t find people who’d work outdoors in a beautiful place in the summer?

Maurice’s Campground managed to hire enough staff. They have to because Maurice’s is privately owned. If they don’t please customers, then they can’t stay in business.

“If there was no staff, we were the staff,” says owner John Gauthier.

RELATED: Cal Thomas: We Just Passed the Turning Point on the National Debt

Gauthier innovates. Sometimes campers have helped clean the camp or staff the office. To save water, he charges customers 25 cents for six minutes in the shower. At the state camp, water is free; campers can waste all they want.

The government bought the property in 2019 for $3.6 million. Last year, the camp’s revenue fell thousands short of its operating costs. Now it loses even more money because it’s largely empty.

Such clear demonstrations of the difference between public and private are everywhere. But few people realize the reason why.

Recently, The New York Times published an Op-Ed by “Sex in the City” actress Cynthia Nixon about her dismay over seeing her kids’ public school’s “chaotic … and profoundly unsafe approach to reopening.” By contrast, her Netflix production company was totally ready.

She’s become a politician, so she blames “underfunding.” She doesn’t mention that New York’s government-run schools spend more than $20,000 per student.

Her production company was ready because it’s private. The bosses spend their own money. Spend it well, and they profit. Spend it badly, and they’re out of work. That focuses the mind.

The owner of Maurice’s Campground tries harder, and because of that, he serves many more campers than the taxpayer-subsidized camp.

“It’s kind of unfair,” I say to Gauthier. “You have to compete against the government, which is losing all this money.”

He answers, “Yeah, it’s not a great scenario, but what can we do?