Home Daily News Joe Biden Fantasizes About Taking a Shot at President Trump if They... 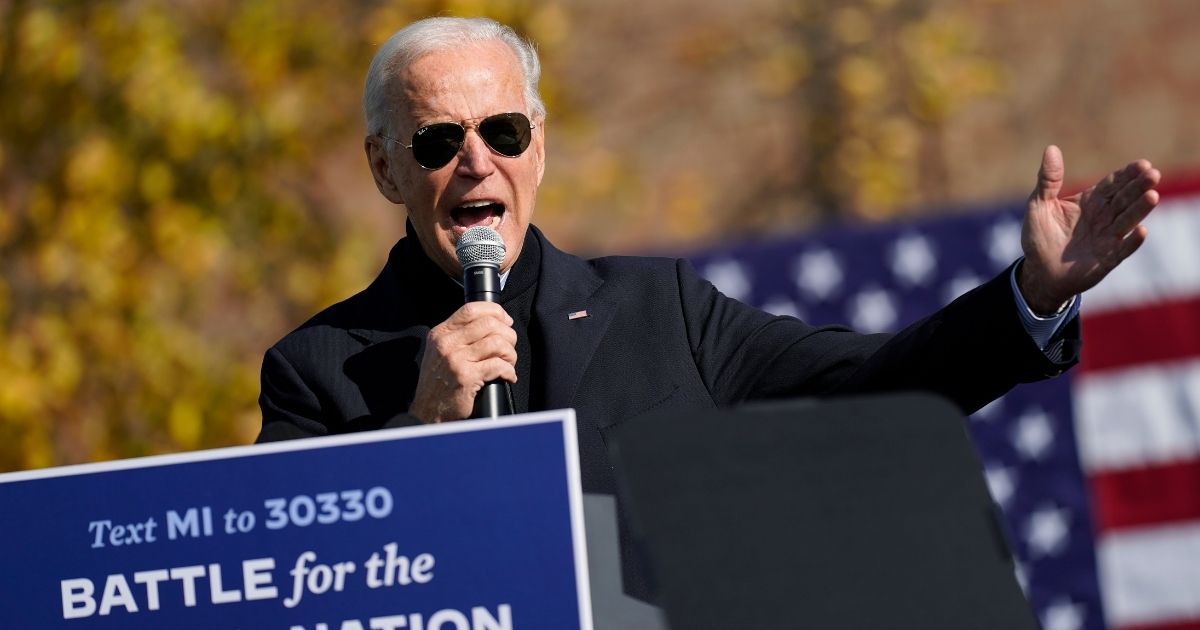 Democratic presidential candidate Joe Biden apparently wished himself to high school Saturday so that he could duke it out with President Donald Trump.

“When you were in high school wouldn’t you have liked to take a shot?” Biden asked.

Biden has been talking about fighting Trump for four years, according to CNN.

“They asked me would I like to debate this gentleman, and I said no. I said, ‘If we were in high school, I’d take him behind the gym and beat the hell out of him,’” Biden said in 2018 during an appearance at the University of Miami.

“The press always ask me, ‘Don’t I wish I were debating him?’ No, I wish we were in high school — I could take him behind the gym. That’s what I wish,” Biden said then.

Says the tough guy saying how much he wants to take the shot.

Apparently, Joe also approves of bullying in HS. I wonder what the rioters will take from this speech.

This old man wants to fight? Come on! Really? There is really something wrong with him!

His hand is trembling when he says this. This is surreal and sad.

Trump has mocked those challenges at his recent rallies.

“I don’t think Sleepy Joe would be a good fighter. Do you?” Trump said Wednesday while in Bullhead City, Arizona.

“One gentle little touch to the face and he’s down. He’s down and he wouldn’t get up very quickly either, would he? Joe Biden’s only idea, remember he said, ‘I’d like to take him to the back of the barn,’” he added.

“Remember he said, ‘I would take him to the back.’ That’s like if you have to fight somebody, that’s your dream fight. Right? Sleepy Joe,” the president said.

Trump continued to make fun of Biden on Saturday.

“He’s not a big guy,” Trump said at a Pennsylvania rally, according to the New York Post.

“A slight slap, you wouldn’t have to close your fist.”