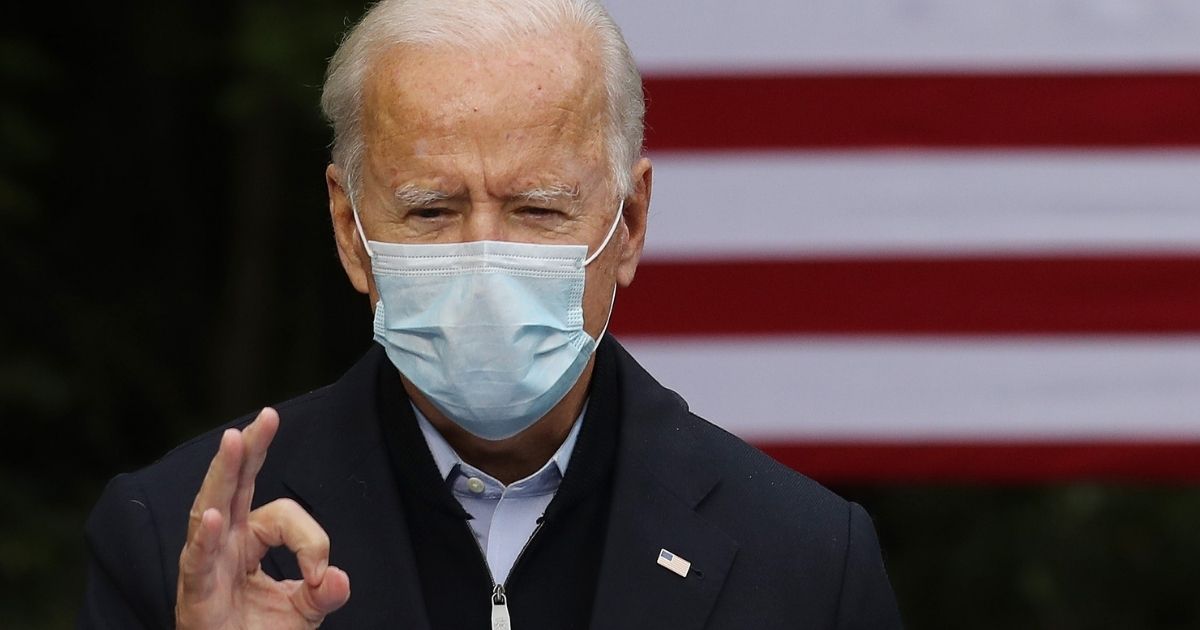 It could just be a coincidence, but former Vice President Joe Biden, who has a long history of prevarications and plagiarism, has echoed verbatim the words of a world leader — again.

President Donald Trump’s re-election campaign tweeted side-by-side footage of both men uttering the same phrase and showing how uncannily similar their plans were.

While it is true that the phrase was used by the United Nations in addressing how the world would deal with climate change post-pandemic, Biden’s phrasing — and the spirit of his remarks — were nearly a dead-on match to Johnson’s.

“We owe it to future generations to build back better,” Johnson said in a May 28 speech.

Biden, meanwhile, said on July 9: “We have a great opportunity to build back, and build back better.”

Why does Joe Biden plagiarize foreign politicians so much? pic.twitter.com/odRfmIDxIY

Both men used the “build back better” phrasing in the context of their respective nations’ recoveries in the aftermath of the coronavirus pandemic.

The problem for Biden is that, as mentioned above, Johnson first used the phrase on May 28 and then again on June 30.

Biden unveiled the eerily similar platform more than a week after Johnson’s June 30 speech, and more than a month after the address that the British leader delivered May 28.

Video footage of Biden’s July 9 speech, as well as Johnson’s May 28 and June 30 speech, are all available on social media, lest anyone worry that perhaps the footage was simply doctored or cut out of context.

It’s hard to imagine that the Democratic presidential nominee or his campaign would so brazenly purloin both the message and mantra from across the pond, though it is worth noting that Biden has a history of plagiarism scandals.

RELATED: Joe Biden Makes Sickest Promise Yet: Roe v. Wade Will Be ‘the Law of the Land’ if He Is Elected President

A retrospective in The Washington Post recalled how, way back in 1987, when he was just a U.S. senator running for the highest office in the land, Biden stole several paragraphs from Democratic icon Robert Kennedy and passed them off as his own in a speech to California Democrats.

However, it wasn’t until he stole lines from a speech given by British politician Neil Kinnock and even some of his mannerisms that Biden’s campaign subsequently imploded.

More allegations of Biden’s verbal thievery has since come to light, including a similar accusation that surfaced while he was in law school, as well as a penchant for lying that included puffing up his academic success.

Will Joe Biden’s repeated plagiarism be a factor in the 2020 presidential election?

The Post piece was actually published in June 2019 after it became apparent that parts of the Biden campaign’s climate policy plan were phrased almost verbatim — and without proper citation — to one released by an organization called the Carbon Capture Coalition.

More recently, Biden was caught proposing his own solution that was actually “borrowed” from the president’s plan when he railed against the Trump administration’s handling of COVID-19 early in the pandemic.

Biden has so many problems as a candidate, but his dishonesty and shadiness — even if he didn’t copy Johnson’s “build back better” slogan on purpose — is so bold it simply cannot be ignored.

To use Biden’s own words — that were probably stolen from someone else anyway — he is a “lying dog-faced pony soldier” and unfit for the presidency.