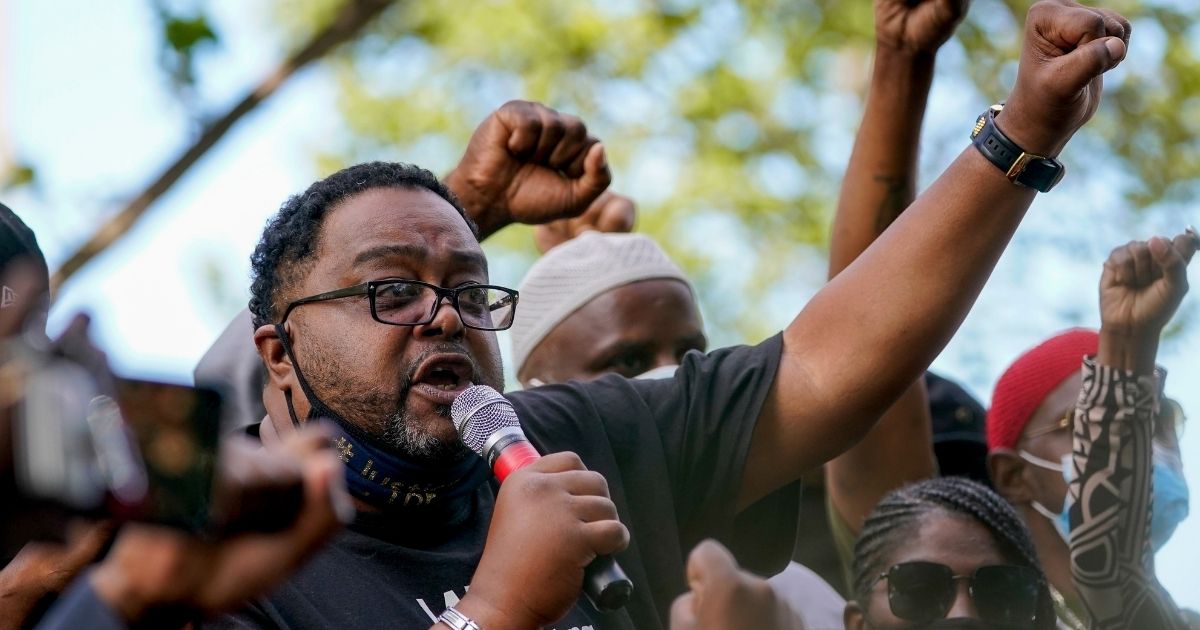 Jacob Blake, whose shooting sparked a spasm of fiery violence in Kenosha, Wisconsin, this fall, has filed a civil lawsuit against the Kenosha police officer who shot him seven times.

Officer Rusten Sheskey was among other police officers who have been cleared of criminal misconduct by Kenosha County District Attorney Michael Graveley, according to the Kenosha News.

Video of the incident showed Blake walking to the driver-side door of an SUV as officers followed him with guns drawn. As Blake opened the door and leaned into the SUV, Sheskey grabbed his shirt from behind and then fired as Blake refused to stop what he was doing.

“Nothing can undo this tragedy or take away the suffering endured by Jacob, his children and the rest of the Blake family,” attorney Ben Crump, one of the lawyers representing the Blake family, said.

However, money might be a good place to start, according to Justin Blake — Jacob Blake’s uncle.

“Justice is more than people going to jail. Justice in this century and the time in which we live in, there is such a thing as monetary justice,” he said.

“That is the first step in changing how cities and municipalities do business,” Justin Blake said.

“Once you start reaching into the cities’ war chests and now they’re looking at a deficit, they damn sure are going to change how they maneuver and how they operate in regards to policing in African descendent communities.”

“As we all know, everybody’s bottom line is the bottom line. Once you start tearing down that wall of insulation monetarily, change is going to come like it has never come before and we anticipate that in 2021,” he added.

Is this just a cash grab?

The lawsuit gives Blake’s side of the Aug. 23 incident, in which police were summoned to a house because Blake, for whom an arrest warrant had been issued at the time, was not supposed to be at the residence.

“Miraculously, no bystanders were hit by gunfire. Although Jacob’s children escaped physical injury and avoided being hit by the stray bullet that fired into the SUV, they were forced to witness their father being gunned down only feet away from where they sat,” attorney B’Ivory LaMarr, of The LaMarr Firm also representing Blake, said, according to the Kenosha News.

The lawsuit claims that Blake fought back when police asked him to comply because he was afraid of being attacked by police.

The suit claims Blake never heard police initially address him and did not “initiate any type of physical confrontation.”

“Sheskey and other officers began to physically attack … Blake by placing (him) in a headlock, punching and choking him, and shocking him with a taser on three occasions.”

The suit does not dispute that Blake had a knife in his possession at the time of the shooting but argues that he never threatened anyone with the weapon.

“At no time from the point at which [Blake] began to walk away from the officers until the time he reached the driver’s side door did … Blake attempt to point the knife in the officers’ direction,” the lawsuit said, noting that Blake never made “any abrupt physical gestures.”

The lawsuit contradicts the police report that Blake had the knife in his hand when he was shot. It claims he dropped the knife to the floor of the vehicle prior to the shooting.

When he announced the no officers would be charged, Gravely said he would have to “disprove the clear expression of these officers that they had to fire a weapon to defend themselves.”

He added, “I do not believe the state … would be able to prove that the privilege of self-defense is not available.”