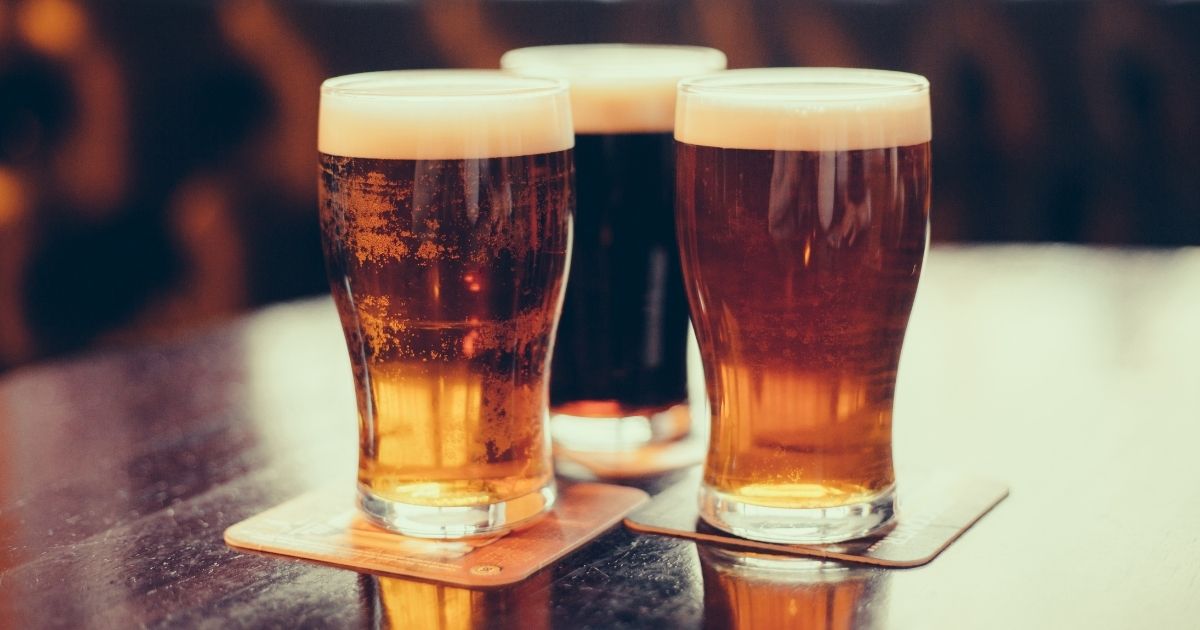 Christianity is the religion of celebration. Christ’s death was not followed by a long period of mourning, but by the Resurrection.

We know that it was the joy of the first Christians that took everyone by surprise. The Romans observed them and were perplexed, trying to figure out the reason behind the serenity on their faces, puzzled by the secret of their happiness: “What is wrong with these people?”

Through the centuries, Christianity has remained the light in a dark, disheartened, barbarized, hopeless and dull world.

So today, as the world celebrates the feast of Saint Patrick with large mugs of beer, it is worth remembering that Christianity is marked not by sadness but joy; not by mourning but dancing; not by crying but laughter.

This rich Christian heritage is filled with amazing miracles. And even though its origin is vague, one of my favorites took place during the fifth century in France.

At his death, Saint Arnulf, who was the Bishop of Metz, was buried in Remiremont, France. He remained there until his devoted followers decided to relocate his body to his basilica. On the way, in the sweltering heat, they stopped for a beer at Champigneulles, but at the inn there was barely a pitcher left — definitely not enough to go around.

According to the account, one of his parishioners exclaimed, “By his powerful intercession the Blessed Arnulf will bring us what we lack.” And there occurred the miracle of endless beer: Everyone drank from the same mug until their thirst was quenched.

Perhaps the bishop of Metz was a friend of the anonymous German monk credited with this amusing quote on alcohol: “Beer makes you sleep easy. Easy sleep makes you not sin. Not sinning gets you into heaven. Amen.”

Either way, it doesn’t seem like a coincidence that our Rituale Romanum includes an official blessing for beer. And of course, I don’t need to explain the very special place that God gave wine in the history of salvation.

It is true that we Christians realized that life would not be a bed of roses as soon as we discovered that our first leaders were crucified or slaughtered. But the greatness is that, despite good reason for it, Christians do not have to be slaves to discouragement.

When Saint Patrick came to Magh Slécht, where the pagan Irish slaughtered children as an offering to the god Cromm Crúaich in exchange for good harvests, he took his staff and smashed that satanic altar. And while those particular barbaric customs were ultimately forsaken, our world is witnessing a resurgence of the worst paganism.

Boys with painted faces dressed in strange plumage no longer execute children, but the machinery of human sacrifice continues in abortion clinics. No amount of cosmetics that try to conceal what really happens there can hide the fact that Cromm Crúaich is still at work in the West.

Perhaps for these reasons specifically we must celebrate Saint Patrick’s Day more than ever. Sure, the river of blood that flows from new pagan altars can undermine our hope, but hopelessness is only an anti-Christian temptation.

Our religion is so divine that it includes a commandment designed to remind us to keep the holidays holy — no exceptions.

RELATED: Erick Erickson: It Turns Out the Secular Religion Sells Indulgences Just Like the Medieval Catholics Did

It is a mandate that forces us to celebrate. To pray and mourn, of course, on solemn occasions, but also to raise our glasses, to smile in peace and to love all those with whom we toast, although sometimes we love them just because we have had a little too much.

Saint Patrick’s Day is, in short, a good day to thank God for beer, for friends we meet in bars and for the beginning of each new spring.