Home Daily News It Looks Like Biden Just Made an Ugly Diplomacy Blunder in First... 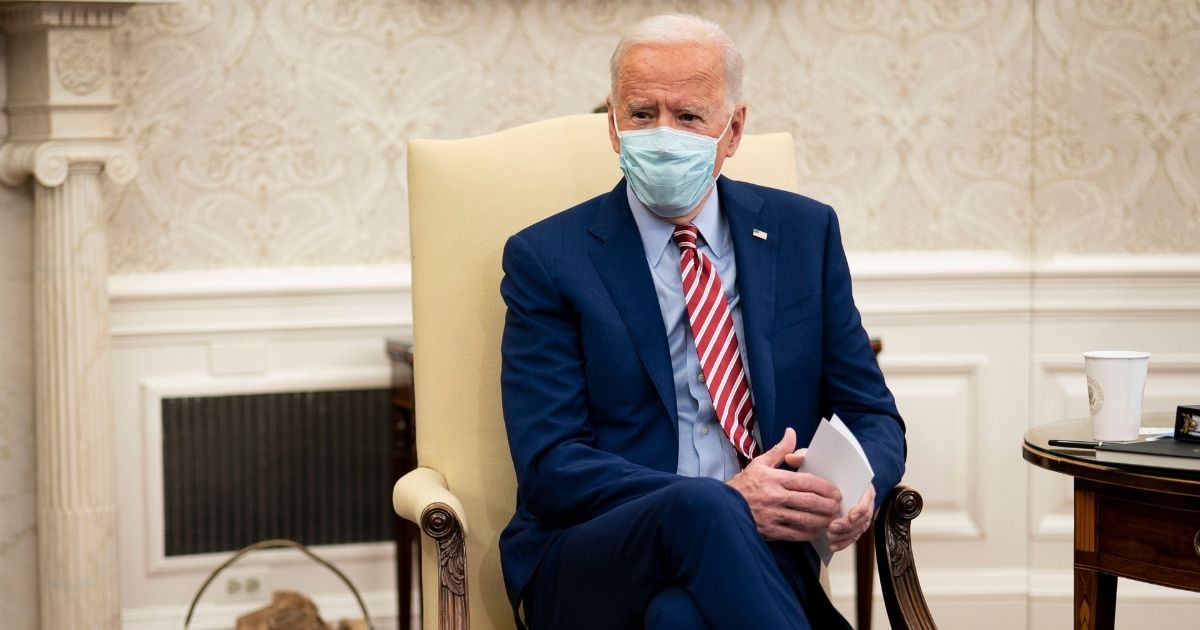 President Joe Biden’s most recent high-level conversation with Chinese leadership is being hailed as a victory by the White House, but it looks like an elementary diplomacy mistake could turn this into an embarrassment for the United States.

In the president’s call with his Chinese counterpart, the first of his administration, he seemingly made a major blunder while trying to set the tone for the next four years. The apparent accident was being actively exploited by China less than 24 hours after the call took place.

The Wednesday talk between Biden and Chinese President Xi Jinping is said to have covered the disputed island of Taiwan and other controversial areas, as well as matters of economic and broader international issues.

“I spoke today with President Xi to offer good wishes to the Chinese people for Lunar New Year,” a post on Biden’s Twitter account reads. “I also shared concerns about Beijing’s economic practices, human rights abuses, and coercion of Taiwan. I told him I will work with China when it benefits the American people.”

I spoke today with President Xi to offer good wishes to the Chinese people for Lunar New Year. I also shared concerns about Beijing’s economic practices, human rights abuses, and coercion of Taiwan. I told him I will work with China when it benefits the American people.

Biden’s version of events paints a picture of the elderly executive confronting Xi on the communist power’s multiple transgressions of human rights and national sovereignty. The administration’s official readout of the conversation appears to echo the president’s assertions that he addressed the hard issues with his foreign counterpart.

Reporting on the conversation by CNN and the New York Times echoes the administration’s lionized version of events.

Despite the rosy coverage, however, it looks like the conversation might be turning into a win for China.

Should the Biden administration be more transparent about the facts of this call?

Although Biden claims he talked to Xi for two hours, the only information the public has on this critical meeting are short official statements and the American president’s own words.

Coverage of the event from Chinese state-owned news outlets paints a completely different picture, where Biden’s apparent stalwart defense of the Communist Party’s victims is more of a minor footnote. The stories instead put the president’s glowing praise of China front and center.

The party-owned People’s Daily claims Biden sent “festive greetings” to the Chinese people as well as wishing them happiness and prosperity. Any issues of technology theft or China’s human rights abuses, if mentioned in the conversation at all, went unreported by the paper.

Global Times, which is owned by the People’s Daily, seems to have access to China’s observers and reported the call showed “the Biden administration’s goodwill toward the Chinese government and the Chinese people.”

Mentions of Xinjiang, where there is an active cultural genocide against the Uighur minority, come only after nine paragraphs on both of the Chinese sources. The Uighurs themselves did not get a reference from either of the state-owned papers — and, perhaps unsurprisingly, also failed to get recognition from any of the Biden administration’s releases about the call.

RELATED: Expert: Gas Prices Have Surged Since Election, Here’s How Much Americans Could Pay Under Biden

It appears that Biden may have made a critical error on the number of observers allowed on the call and in whom he picked to join the high-level conversation.

Whereas it looks like Chinese propaganda mills had access to portions of the talk, the American free press was forced to rely on the Biden administration’s scant updates. With the call now old news and in the rearview mirror for most, China appears to have secured an easy propaganda victory.

This is seemingly the same elementary diplomatic mistake for which establishment media giants such as the Washington Post mercilessly scorched then-President Donald Trump after a meeting with Russian President Vladimir Putin in 2019.

While it’s unclear exactly who was staffing either side of the call, it looks like China is already getting a leg up on the Biden administration by portraying the conversation as glowing praise of the communist powerhouse rather than the brave confrontation the American president hinted it was.

Judging by the way this call was handled, and Biden and Xi’s close, personal relationship, this surely won’t be China’s only win over the current administration.