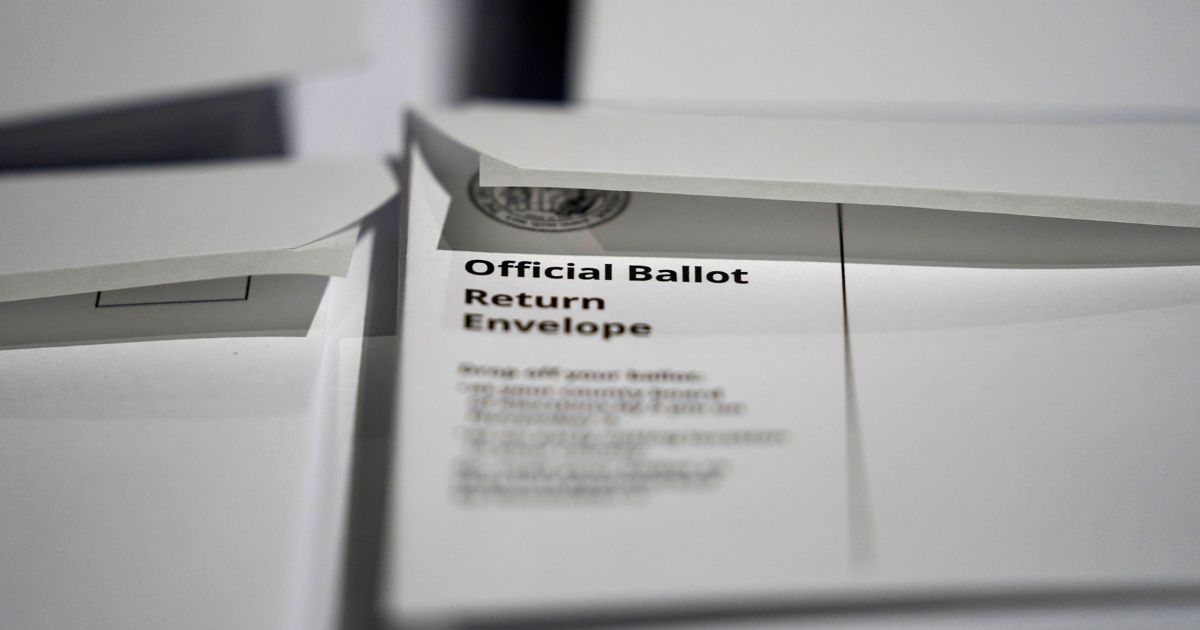 As if defenders of mail-in voting didn’t need more bad news, the New York City Board of Elections confirmed Monday that as many as 100,000 voters in Brooklyn received absentee ballots with return envelopes that had the wrong addresses and names printed on them.

Of course, this is bad news for every American who wishes to see the country conduct a fair election.

Mail-in ballots might just decide the November election, and issues with ballots being sent by mail continue to pile up faster than military ballots in Pennsylvania trash cans.

Now, we hear that as many as 100,000 ballots were errantly sent out in New York City’s largest borough, and it casts even more doubt about the security of the upcoming election.

Also received an envelope with someone else’s name. I spoke to someone at the Brooklyn office who genuinely sounded shocked and panicked when I told her the issue. I was rushed off the phone

TRENDING: Driver Who Allegedly Rammed Pro-Trump Crowd Prayed To Go Out a Martyr, Posts Link Her to ‘Caravan 4 Justice’ Group

According to Gothamist, “the New York City Board of Elections announced a plan to print and mail new absentee ballots to nearly 100,000 voters who received erroneous envelopes in their absentee ballot packages.”

While the outlet stipulated that the number of voters who received errant ballots was “unknown,” the high number of ballots that were reprinted suggests the problem was likely widespread.

Do you have confidence in the election results knowing there will be millions of insecure mail-in ballots circulating?

“My heart just started sinking because I’m sitting there thinking, if they sent out half a million ballots already to the wrong place, that’s going to cause a huge problem to claw them all back,” Jeremy Klopman told Gothamist.

The BOE was first made aware of the issue with the ballots on Saturday.

RELATED: Dem Secretary of State Sent Mailer to Non-Citizens and the Deceased Encouraging Them To Register To Vote

There could be other errant ballots circulating in other parts of the city, as errors with mail-in ballots are becoming a trend.

The BOE does not know the true scope of how many ballots are involved in the mail-in voting snafu, or how the issue will be resolved, according to Gothamist.

BOE executive director Michael Ryan told the outlet, “We will ensure on behalf of the voters in Brooklyn that the proper ballots and ballot envelopes are in the hands of the voters in advance of Election Day so they can vote.”

“This problem will get corrected,” he added.

Ryan also blamed the issue on a third-party vendor.

Blaming issues with mail ballots on vendors or inept temporary employees, too, is becoming a trend.

A number of absentee military ballots in Pennsylvania were thrown in the trash earlier this month in Luzerne County.

Most of the ballots were cast for the president, but Politico reported that county officials are adamant that a temporary employee “incorrectly discarded” them.

County Manager C. David Pedri said that a “temporary seasonal independent contractor” had incorrectly thrown the ballots into a trash can.

Whether ballots cast for the president were thrown away intentionally or by accident is immaterial.

The optics of the story are absolutely terrible with just over a month until in-person voting begins in November.

The issue further calls into question the security of using the USPS to vote.

President Donald Trump has been warning for months that massive mail-in voting can and probably will lead to widespread fraud or errors.

So far, he’s been proven correct, despite the establishment media doing its best to discredit his concerns.

But even as instances of major issues with mail-in ballots continue to mount, Democrats have made the issue of mail-in voting a hill they are willing to die on.

Sadly, the outcome of the election could hinge on mail-in voting, and the Democrats’ laissez-faire attitude on the issue could help to damage the confidence many Americans have in the country’s upcoming election, which is already sure to be contentious.