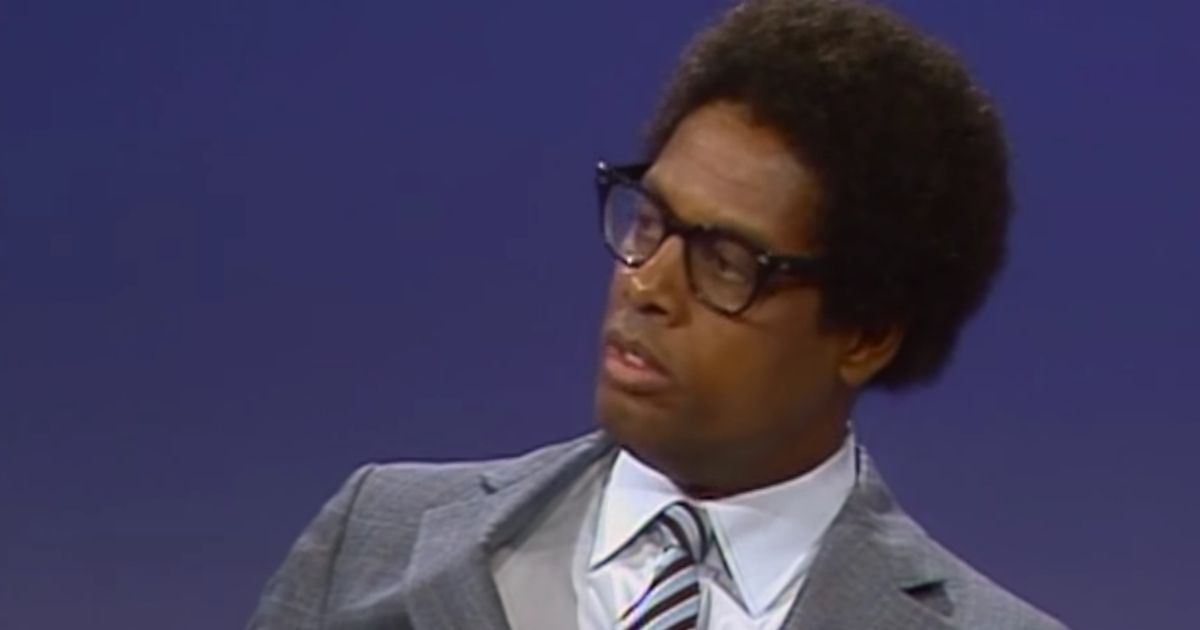 The work of Thomas Sowell is not only celebrated by older, more seasoned conservatives; it seems to be appreciated by younger generations as well.

Often heralded as one of the most brilliant economists and social theorists of the past half-century, Sowell has built up quite an impressive résumé over the course of his long career, with much of his work focusing on the most divisive social issues of the modern era — race relations and economic inequality.

Conventional wisdom would say young people would not be very interested in learning from a 90-year-old economist. However, the evidence seems to show that they are.

“You must be just, like, over the moon that he’s had this resurgence, this renaissance, with young people,” Rubin said.

As evidence of Sowell’s popularity among the youth, Rubin further said he had received numerous emails, handwritten letters and Facebook massages from various fans, all saying Sowell had “transformed my life.”

There is plenty of evidence to suggest Rubin is correct in his assertion that young people are increasingly drawn to Sowell and his work.

Sowell’s presence on YouTube — a platform used by 90 percent of 18-24-year-olds and 93 percent of 25-30-year-olds, according to social media management site Sprout Social — is staggeringly impressive.

A quick search of the economist’s name yields numerous videos with hundreds of thousands — and often times millions — of views.

For example, a new documentary detailing the life and work of Sowell, which is free to watch on YouTube, has garnered over 2 million views as of Monday.

Moreover, today’s younger generation, Gen Z, is possibly the most conservative generation since World War II, according to Forbes.

“First of all, he doesn’t write like an academic. So that automatically makes him appeal to a wider audience, I think. He writes very clearly, very forthrightly,” Riley told The Western Journal.

“But also, it’s because what he has written about for many years remains so relevant to a lot of our discussions today.”

Riley went on to point out that when it comes to topics like social justice, Black Lives Matter, affirmative action, income inequality and socialism, the subjects dominating today’s politic discourse, “Tom’s been writing about this stuff for 40 or 50 years.”

“And his ability to draw on that experience and relate it to what’s going on today and then trace its origins back hundreds of years to differences and different political philosophies and the roots of those differences and so forth. Again, it makes it all accessible to a non-expert, to non-academics and non-intellectuals. I think it’s something very appealing,” Riley said.

“Tom takes a lot of pride in that.”

The right’s greatest weakness over the past several decades has been a rhetorical one — although leftists’ beliefs have no correspondence with verifiable fact, their emotional arguments tend to dominate political debates.

Unlike many right-wingers, Sowell doesn’t bring himself down to their level.

Instead, he completely dismantles leftist arguments with common sense and undeniable facts.

He’s exactly what the world needs right now, and the fact that his work has connected with so many young people provides hope for America going forward.

Thanks to Sowell, America’s future may very well be a conservative one.