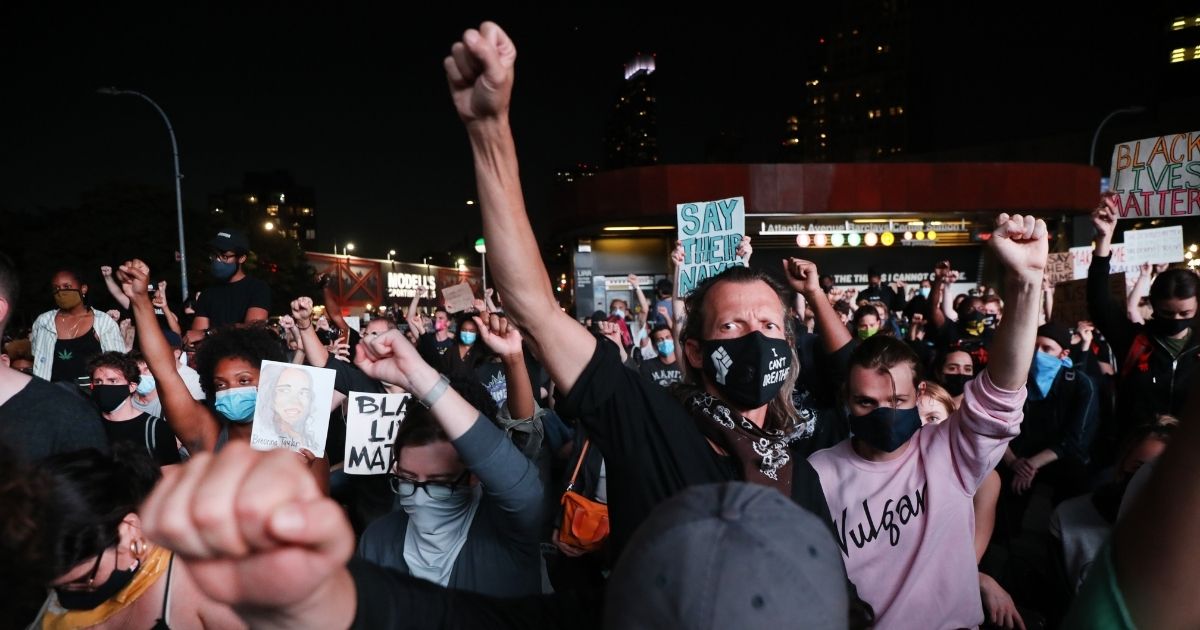 One of the country’s chief geopolitical foes is fully aware of something that hasn’t yet dawned on America’s leaders: Anti-white racism disguised as social justice activism is a threat to democracy.

Those of us who have paid attention closely over the years don’t need Russian politicians to tell us that the Back Lives Matter movement is not a force for equality. The writing was on the wall last May and has been since, if not before: Black Lives Matter and affiliated movements are about racial supremacy.

On Thursday, Russian Foreign Minister Sergey Lavrov warned his country’s people about the perils of anti-white sentiment and its spread across the globe during an interview with Russian TV, according to an AFP report in The Moscow Times.

Lavrov said that “everyone wants to get rid of racism” and claimed his people were “pioneers of the movement promoting equal rights of people of any skin color.”

That is debatable — using 20th-century history alone as a metric. But what Russia’s top diplomat said next was something that should be taken very seriously. It was a statement that demonstrated that U.S. leaders are in over their heads — if they’re not the driving force behind the division.

TRENDING: Look at the Shocking Change White House Made to Official Website

Lavrov, whose job it is to keep a close eye on American politics and domestic affairs, warned “not to switch to the other extreme which we saw during the ‘BLM’ (Black Lives Matter) events and the aggression against white people, white U.S. citizens.”

While few people of power in this country would be willing to admit it publicly, the country has devolved into a climate in which anti-white racism is not only given a pass but is actually being encouraged — even by sitting senators.

“Hollywood is now also changing its rules so that everything reflects the diversity of modern society,” Lavrov said before the Russian people, calling American entertainment’s trends “a form of censorship.”

Do you agree with Lavrov?

“I’ve seen black people play in Shakespeare’s comedies. Only I don’t know when there will be a white Othello,” Lavrov said. “You see this is absurd. Political correctness taken to the point of absurdity will not end well.”

Lavrov ultimately accused the U.S. of attempting to spread “a cultural revolution” across the globe, and that’s what America’s current racial movement is: a vicious and well-coordinated takedown of society as we know it, cloaked as a grassroots desire for equality.

Sadly, the Russians are capable of seeing arguably the greatest domestic threat to this country while our leaders, and millions of Americans, celebrate our own undoing. In fact, essentially every once-great American institution is pushing radical leftism as if it is a centrist roadmap to utopia.

Corporate America, Big Tech, entertainment, academia, the military and the mainstream media are all either too afraid to oppose the alarming trends or are actively pushing an agenda to destroy our history and to punish white Americans for the sins of their dead relatives.

The Black Lives Matter movement is now in boardrooms, classrooms, the White House and the ranks of the armed forces. What’s our leadership doing while the astute Russians essentially autopsy our republic on television?

Our president, Joe Biden, has opened a sovereign border to floods of immigrants and is housing them under bridges — and that’s giving him the benefit of doubt. How many people truly believe Biden knows what’s going on around him at any given moment?

Russian President Vladimir Putin apparently doesn’t have confidence in the 78-year-old, as he gleefully challenged him last month to a debate in front of the world. Biden did not accept.

Where is the military leadership? Last month, some of the brass in the armed forceds were arguing online over the words of a Fox News host.

Divisive racial politics have spread throughout the country like a fire in a dry hayfield. Airliner CEOs and soda makers are weighing in on election laws while Democrats shriek “RACIST” at everyone with whom they disagree who happens to have light skin pigmentation.

In America, pointing out the flaws of the new “woke” orthodoxy is grounds for cancellation.

In Russia, a country where the leadership is as smart as it is demented, those in charge can see the state of American culture for what is it: toxic.