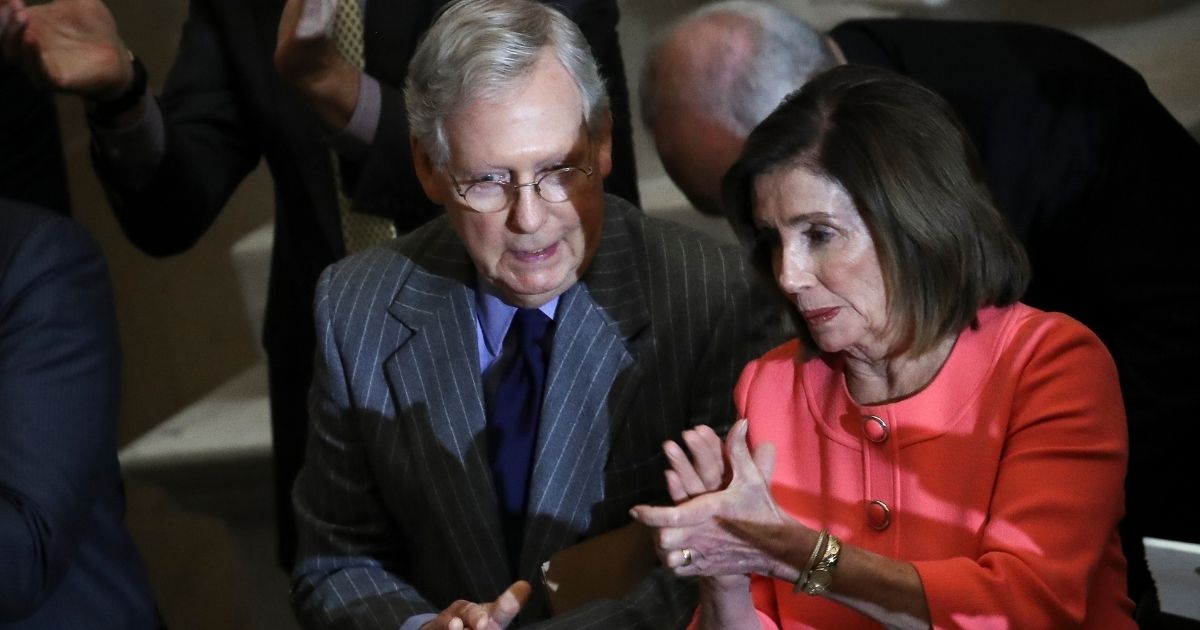 No matter what you think about Missouri GOP Sen. Josh Hawley’s decision to object to certifying the electoral vote in Joe Biden’s favor, it’s entirely legal.

After the 1876 election between Samuel Tilden and Rutherford B. Hayes — in which a debate over electors led to an ad hoc 15-member council that decided the race for Hayes — Congress eventually passed the Electoral Count Act of 1887, which codified how the electoral vote was certified and how objections could be lodged.

“Upon such reading of any such certificate or paper, the President of the Senate shall call for objections, if any. Every objection shall be made in writing, and shall state clearly and concisely, and without argument, the ground thereof, and shall be signed by at least one Senator and one Member of the House of Representatives before the same shall be received,” the law states. Both houses then withdraw to debate the issue and vote on it.

Yes, a senator deciding to join House members in contesting the results of an election is unusual. Yes, the move is quite likely to fail, considering Senate Majority Leader Mitch McConnell has rallied Republicans against Hawley’s move in the GOP-controlled upper house, and the Democrats control the House of Representatives, where the issue would likely be a nonstarter.

However, McConnell shouldn’t be working with House Speaker Nancy Pelosi to silence Hawley and the House Republicans joining him in the challenge. And that’s what incoming congresswoman Marjorie Taylor Greene is alleging.

In a tweet this week, Greene — one of the representatives who’ll be joining Hawley in objecting — said that “[w]ord on the Hill is that Mitch McConnell and Nancy Pelosi could be working together on a rules change ‘deal’ to block our Electoral College Certification objection.”

Word on the Hill is that Mitch McConnell and Nancy Pelosi could be working together on a rules change “deal” to block our Electoral College Certification objection.

The American people deserve to hear about the voter fraud that took place on Nov 3 … NO DEAL, NO COVER-UP!

“The American people deserve to hear about the voter fraud that took place on Nov 3 … NO DEAL, NO COVER-UP!”

Do you think Pelosi and McConnell are acting together?

So, before we go any further, let’s just clear this up: As with everyone else who has a passing familiarity with the congresswoman-elect, I’m fully aware Greene isn’t an uncontroversial figure. For those unfamiliar with her, almost every headline announcing Greene’s win in a reliably Republican Georgia district began with the words “QAnon Supporter,” which is so seldom a good sign.

If you’re further unfamiliar with the QAnon conspiracy theory, here’s my elevator pitch: Beginning in 2017, a mysterious individual calling himself Q appeared on a message board claiming he was a high-level government official with top-secret access. He went on to allege, via a series of cryptic posts, that the world was controlled by Satan-worshipping globalists and that President Donald Trump was recruited by the military to run for president because he was an outsider who could dismantle this cabal.

If I got anything wrong there, I’m sorry, but going any deeper into this would hurt my head and (hopefully) yours. One would prefer Greene didn’t believe this, or say, at one point, that “Q is a patriot.”

That said, she’s still an elected politician, which means she’s privy to backroom conversations we’re not — and no matter what her beliefs may be on certain matters, that doesn’t make everything she says untrue. The other reason this tweet can’t be dismissed is this very much seems to be what’s happening, from all appearances.

As Hawley pointed out in a news release, what he’s doing isn’t anything new.

“Following both the 2004 and 2016 elections, Democrats in Congress objected during the certification of electoral votes in order to raise concerns about election integrity. They were praised by Democratic leadership and the media when they did. And they were entitled to do so. But now those of us concerned about the integrity of this election are entitled to do the same,” he said in a Wednesday statement.

“I cannot vote to certify the electoral college results on January 6 without raising the fact that some states, particularly Pennsylvania, failed to follow their own state election laws. And I cannot vote to certify without pointing out the unprecedented effort of mega corporations, including Facebook and Twitter, to interfere in this election, in support of Joe Biden. At the very least, Congress should investigate allegations of voter fraud and adopt measures to secure the integrity of our elections. But Congress has so far failed to act.”

On Pelosi’s end, she merely shrugged it off.

“I have no doubt that on next Wednesday, a week from today, that Joe Biden will be confirmed by the acceptance of the vote of the Electoral College as the 46th President of the United States,” she told reporters Wednesday, according to ABC News.

McConnell has been much more vocal about his objections to Hawley’s move.

According to Axios, McConnell told Republicans on a Thursday conference call that his vote to certify the election would be the “most consequential I have ever cast” and called it “a vote of conscience.”

“McConnell had previously urged senators not to force this vote, which he believed would put Republicans up for re-election in 2022 in a horrible position — forcing them to choose between defying the most popular politician in the party, Donald Trump, and undermining democracy,” Axios reported. “His remarks to his conference are likely to escalate President Trump’s anger with him for daring acknowledge Trump’s defeat.”

Axios also quoted a source who was on the call: “The context was McConnell saying we’re being asked to overturn the results after a guy didn’t get as many electoral votes and lost by 7 million popular votes,” the source said.

Which is exactly not what’s happening.

First, it’s worth noting yet again this is wholly unlikely to succeed in “overturning” the results. However, in an extraordinary election with extraordinary exigencies, once Joe Biden was declared the winner, anyone who had issues with trifles like Pennsylvania not following its own election laws or with record low ballot rejection rates was quickly ushered toward the exit — not just by the media, but by their own party leadership. That should worry every one of us.

Conservatives shouldn’t labor under the misapprehension that an objection to Electoral College certification will lead to a second term for Trump. They shouldn’t fear, however, a move that would force an honest debate and examination of a curious and contentious electoral process unlike any other.

A collusive move by both party establishments to quash this would further undermine faith in the electoral system — and those we elect, as well.