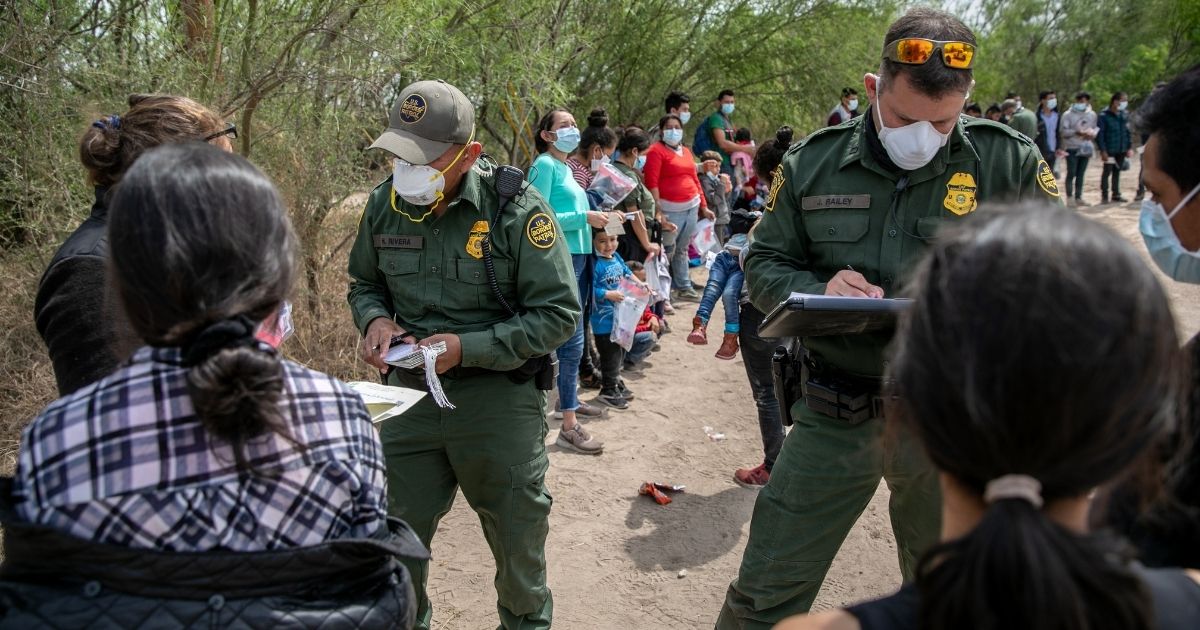 A 29-year-old man who crossed into Arizona illegally died while in the custody of the Border Patrol,  the second such death this month.

The Arizona announcement Sunday followed a migrant’s death in U.S. custody in Texas on March 10 as well as the announcement Saturday that a 9-year-old girl whose family was trying to cross the Rio Grande had been found dead.

The deaths come as waves of illegal immigrants are crossing the border, flooding border facilities meant to hold them.

Thousands of children are making the dangerous journey through Central America because they believe President Biden will give them amnesty when they get to the United States.

When faced with these facts, he flatly denies any responsibility. This is Biden’s Border Crisis. pic.twitter.com/ocmwlkOVpN

A news release from U.S. Customs and Border Protection said an illegal immigrant from Guatemala, whose name was not released, died Saturday in a Tucson-area hospital.

The release said the man had been detained on March 25 by Casa Grande Border Patrol agents.

The next day, according to the release, “the man showed signs of medical distress at the Tucson Coordination Center in Tucson, Arizona.”

After first responders arrived, the man went into cardiac arrest. He was taken to Carondelet St. Joseph’s Hospital in Tucson, but died the next day, according to the release.

Are President Biden’s border policies to blame for these deaths?

The man was the second to die in custody this month.

On March 10, what a CBP release said was “an adult male in United States Border Patrol custody” in Eagle Pass, Texas, “began to exhibit signs of medical distress.”

The release said first responders were summoned but the man died.

The CBP Office of Professional Responsibility will investigate both cases.

HAD TRUMP BEEN IN OFFICE THEY WOULD HAVE WRITTEN: 2ND DEATH “BECAUSE” OF TRUMP”, MOT UNDER TRUMP
Guatemalan man dies in Border Patrol custody, marking second death under Biden https://t.co/W5oEnYNPNL

The American people want it fixed, and now that the Biden admin has blood on their hands with the death of a small 9 year old child, maybe they will get to the southern border and fix the crisis they created.

Biden and Kemala are responsible for any death in the border… @onu @PressSec https://t.co/D6rmOXHGeQ

On Saturday, officials said a 9-year-old girl had been found dead by Border Patrol agents responding to a rescue call on an island in the Rio Grande between Texas and Mexico, according to The New York Times.

Her mother and 3-year-old brother were also on the island. The mother and the boy were revived, authorities said.

The girl, whose name was not released, was sent to Eagle Pass but was pronounced dead, according to a statement from CBP.

“It was considered a drowning,” said Lt. Jason Mares of the Eagle Pass Fire Department, according to NBC News.