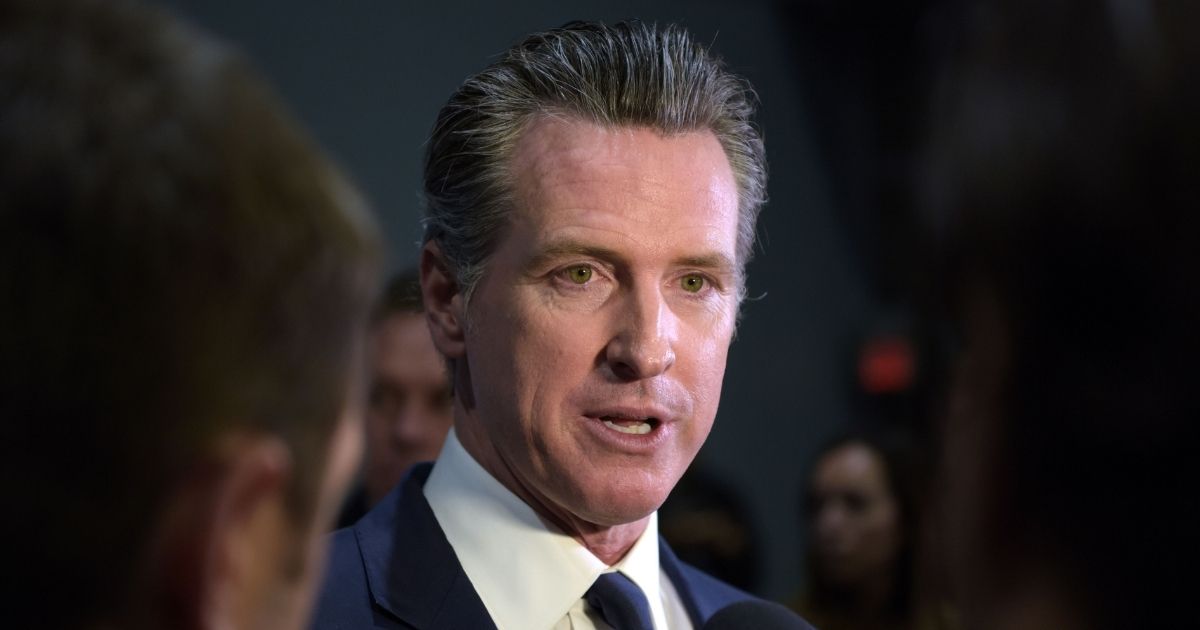 Every single time President Donald Trump warned of criminals crossing the border, both he and his followers were labeled “racist.”

The president has never claimed that “all” illegal aliens crossing the border were dangerous criminals. Instead, he has only ever argued that by increasing border security, many criminals hoping to make their way into the U.S. would be stopped and/or apprehended.

Conversely, leaders within the Democratic Party, such as California Gov. Gavin Newsom, effectively argue that every illegal alien is inherently a victim and should be given the full rights afforded to American citizens.

Thanks in part to this worldview promoted by Newsom, an illegal alien convicted of murdering a child was allowed to go free after serving his prison sentence.

Carlos Morales-Ramirez, a 44-year-old illegal immigrant hailing from El Salvador, was convicted in January 1998 of second-degree murder, assault on a child causing death and great bodily injury to a child causing death in Los Angeles County, according to a statement from U.S. Immigration and Customs Enforcement.

Due to California’s sanctuary state policies, expanded by Gov. Newsom in October 2019, Morales-Ramirez was released back into the community when he should have been handed over to ICE for deportation.

Thankfully, Morales-Ramirez was apprehended less than a week after his initial release and subsequently deported.

In ICE’s statement, Enforcement and Removal Operations Los Angeles Field Office Director Dave Marin outlined the many failures of California’s sanctuary policy, which forced ICE agents to spend even more time and money locating and arresting the felon when state officials could have simply handed him over.

Should the U.S. deport illegal aliens convicted of murder?

“State sanctuary laws grant law enforcement officials the discretion to cooperate with immigration authorities in instances where serious or violent crimes have been committed; again, we are talking about the murder of a child — rather than working with our officers to ensure this convicted aggravated felon was safely handed over to ICE, he was released back into the community and our officers were forced to exhaust more time and resources relocating and re-arresting him,” Marin said.

It is especially important for ICE to deport illegal aliens who commit crimes after entering the U.S.

During a Senate Judiciary Committee hearing held in 2019, ICE official Timothy Robbins noted that anywhere between 40 to 80 percent of criminal illegal aliens released by sanctuary cities go on to commit more crimes.

“When aliens walk out the front of the jail that could have been handed over to Immigration and Customs Enforcement for removal proceedings, they have the opportunity to commit additional crimes,” Robbins said at the hearing, according to Breitbart.

RELATED: Biden, Democrat Vows on Immigration Sending Signal That ‘Our Borders Are Open’

“In that regard, what we’re seeing is crimes that could be preventable, the [humans] who are being victimized and hurt by criminal aliens that ICE had the ability to remove from this country.”

The Morales-Ramirez situation, and many others just like it, could have been expedited much more efficiently if California officials had simply handed him over for deportation as they should have. Instead, thanks to the far-left liberal policies of Newsom, taxpayer dollars were wasted on an ICE investigation of a convicted criminal willingly let go.

That’s where the Democratic Party stands today — protecting child-murdering illegal aliens at the expense of American citizens, just for the sake of being politically correct.