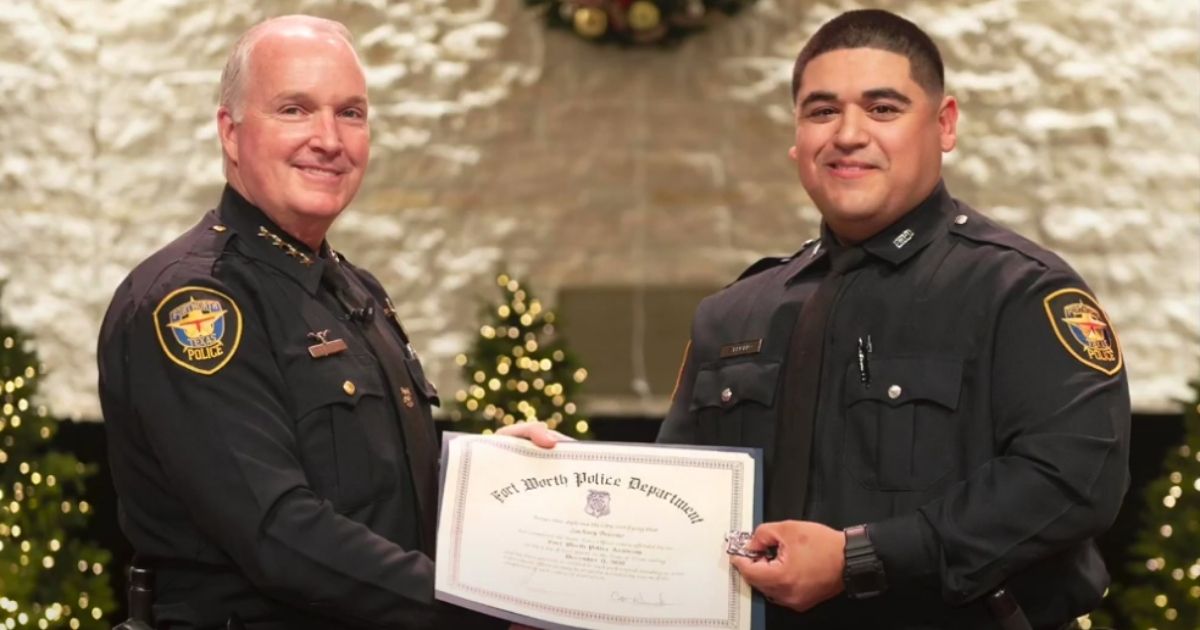 What happens to a dream deferred? For one Marine, it meant never giving up in the depths of adversity and getting there in the end.

Zach Briseno had always planned on joining the Forth Worth Police Department in Texas, according to WFAA-TV.

Then came Fallujah. On Nov. 29, 2007, an IED explosion hit the Humvee in which he was riding and took both of his legs. He expected to die.

“I just remember telling them, ‘Hey, tell my son I love him,’ because he was the only child that I had,” Briseno said in a video about his quest to become a police officer,

Recovery and what Briseno called “a rollercoaster of emotions” followed.

But the dream lived on.

Briseno said his outlook was this: “Let me show you. I’m going to find a way to show you how to do it.”

Prosthetic legs led him to consider how far he could go. First steps were followed by hard training.

@NDFootball & @Rangers fan AND @fortworthpd Officer Zach Briseno is an inspiration to all of us.

Zach is only the 2nd double-amputee police officer in the United States.https://t.co/Hf2nEdZgWY

“That part of people saying it’s a disability, that’s all in your mind,” he told KXAS-TV. “You’re psyching yourself out at that point if you say, ‘I have this problem.’ No. How bad do you want it? How hard do you want to work for it?”

The challenges did not end when he entered the police academy.

RELATED: Teens Form Human Chain To Save Lives of Two Children Who Had Fallen Into Icy Pond

He came back to become one of 24 graduates of this year’s police academy class.

Briseno shared his secret of success.

“Don’t give up,” he told KCAX. “Leave the past in the past and keep moving forward. Our time tomorrow isn’t always promised. You’ve got to make the best today.”

“You can do anything you want to do, you just really have to put the work in for it,” he added in the video. “It may cost you some blood, sweat and tears, but if you want it bad enough, you can do it.”