Home Daily News How Will John Kerry Explain the Amount of Carbon the Family Jet... 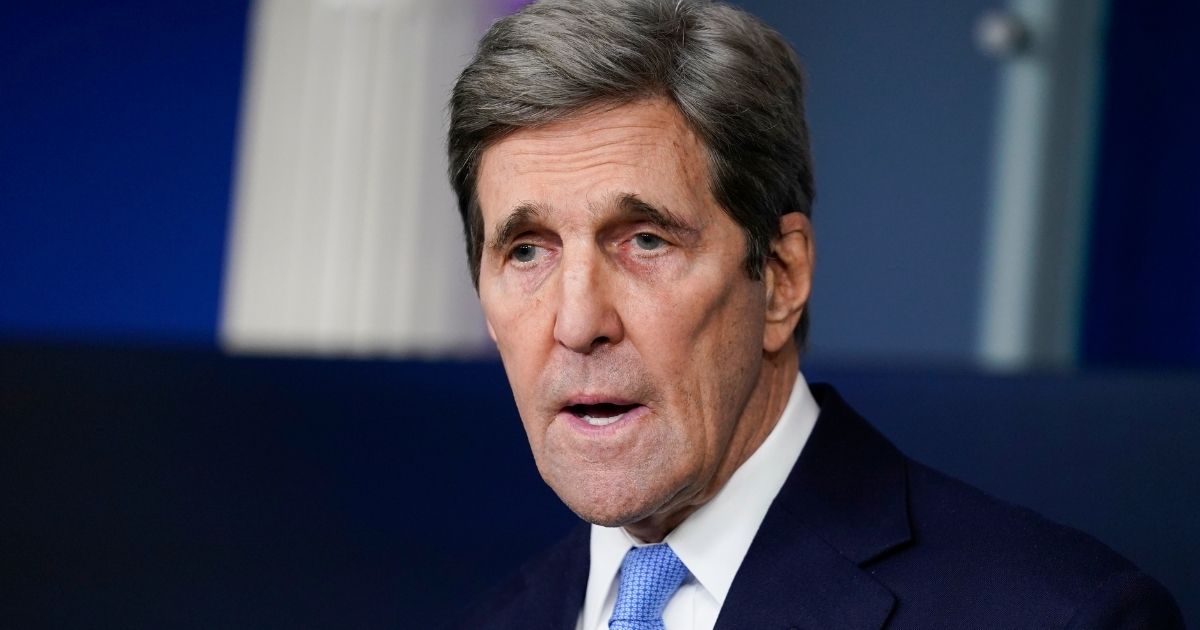 If you inexplicably missed John Kerry, the last few months have been especially good for you.

Kerry’s appointment to the position of “climate czar” — officially, special presidential envoy for climate — was one of the first moves Joe Biden made as president-elect.

Aside from White House press secretary Jen Psaki circling back every weekday in the James Brady Press Briefing Room, Kerry has arguably been the most visible public face of the new administration, telling us all how urgent climate change is and how we can offset jobs lost on pipeline construction and coal mining with wind and solar jobs (that don’t exist and won’t exist).

“The stakes on climate change just simply couldn’t be any higher than they are right now. It is existential,” Kerry said during a news conference last week, adding that Biden was “totally seized by this issue.”

If the president is really “seized” by rejoining the Paris climate agreement and limiting emissions, perhaps Biden ought to talk to the climate czar about his private plane.

To put that in context, it’s about the same output that 25 automobiles produce over the course of a year, based on the Environmental Protection Agency’s estimate of 4.6 metric tons of carbon dioxide emitted annually from the typical passenger vehicle.

Is John Kerry a hypocrite?

“As late as 2013, his executive branch personnel financial disclosure showed Kerry owning ‘over $1,000,001’ in assets for the charter company Flying Squirrel LLC through his wife.”

And, as Fox News pointed out, private planes have been estimated to emit roughly 40 times more carbon per passenger than commercial jets do.

Kerry is now defending his decision to use the jet to fly to Iceland to accept an award for his work on climate change in 2019 after a video of him being confronted by an Icelandic reporter resurfaced.

“I understand that you came here with a private jet. Is that an environmental way to travel?” reporter Jóhann Bjarni Kolbeinsson asked.

RELATED: Here’s All the Proof We Needed to Prove John Kerry Is a Complete Fraud When It Comes to Climate Change

“If you offset your carbon, it’s the only choice for somebody like me who is traveling the world to win this battle,” Kerry said.

“I believe the time it takes to get me somewhere, I can’t sail across the ocean. I have to fly to meet with people and get things done,” Kerry said.

.@JohnKerry, who is now @JoeBiden‘s climate envoy, defended the use of a private jet to collect a climate prize.

I have to fly to meet with people and get things done.” pic.twitter.com/IoL5MbUpzc

“But what I’m doing, almost full time, is working to win the battle of climate change, and in the end, if I offset and contribute my life to do this, I’m not going to be put on the defensive.”

Even now, with a massive pile of restrictions to entry and almost no tourism or international travel, Icelandair has plenty of flights between Washington Dulles International Airport and Reykjavík-Keflavík Airport in Iceland. I’m also sure, between his speaker fees and his wife’s insane ketchup fortune, Kerry could upgrade to first class.

I understand John Kerry is a famous man, having been secretary of state under President Barack Obama and the Democratic nominee for president in 2004. That doesn’t preclude him from flying 737s like the rest of us do.

Kerry’s excuse for flying a private jet involves paying for carbon offsets, which are investments in green projects to supposedly offset the carbon that you’ve emitted.

Leave aside the fact that these offsets often don’t accomplish anything. For my money, they have to be the most irrelevant justification for the carbon profligacy of our nation’s elites; Kerry could have bought the offsets and traveled commercially at the same time, after all. Nothing is stopping people from buying offsets for carbon they didn’t emit, after all.

It’s rare that I feel the need to praise Obama, but the 2008 Democratic presidential nominee could teach the 2004 nominee something regarding how to fly. While Obama now uses private jets — something that’s normal for a former president — he noted as he left 1600 Pennsylvania Ave. that “until I ran for this office, I was mostly flying coach.”

“So I know what a pain the whole process can be — from searching for the best prices to that feeling you get when the baggage carousel stops and yours still hasn’t come out,” Obama said in 2016, according to USA Today.

Yes, it’s a pain, but Kerry can afford the upgrade. And yet our new climate czar couldn’t lower himself to take a commercial flight.

But don’t worry, he bought the offsets.

If you think this looks bad now, just wait. I’d wager the next four years of climate czar-dom will produce far more hypocrisy than it does substantive movement on carbon emissions.