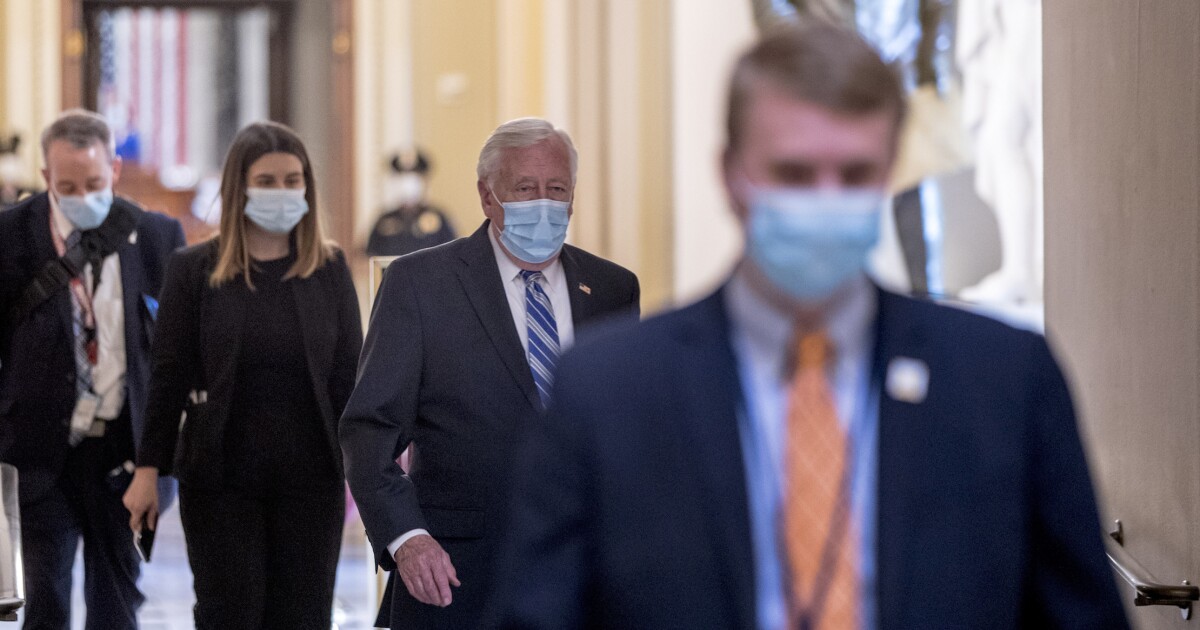 House lawmakers will hold an emergency session Friday to vote on a massive economic aid package and a change to the rules that would allow proxy voting, Majority Leader Steny Hoyer said.

The measure will be unveiled to Democratic lawmakers Tuesday in several scheduled conference calls.

“My expectation is it will be ready by early this afternoon, and the members need to anticipate meeting on Friday,” the Maryland Democrat told reporters.

The bill will provide $1 trillion in aid to state and local governments, plus funding for rent, mortgage, and student debt relief and money for states to hold mail-in elections, among many other provisions.

House Democratic leaders have scheduled four conference calls Tuesday and one on Wednesday that will detail the spending legislation and the resolution that would allow lawmakers to vote for absent colleagues on the House floor.

Hoyer said the House Rules Committee has scheduled a Thursday meeting to set the parameters for floor debate.

“I’m not going into specifics on the bill because it is being finalized now,” Hoyer said.

Hoyer said Democratic leaders are considering whether to include a proposal put forward by caucus liberals that, according to sponsor Pramila Jayapal, a Washington Democrat, would provide full worker salaries up to $100,000 “to ensure employers of all sizes keep workers on the payroll and continue to provide employer-sponsored benefits.”

Republicans so far oppose the proxy voting and virtual committee plans. Hoyer said the two parties are negotiating to find a way to win GOP support for the resolution but added, “If we can’t reach an agreement, we will nevertheless present a path forward to ensure the Congress can do its duties.”