Home Daily News Historically Black University Humiliates Biden After He Claims To Have ‘Started Out’... 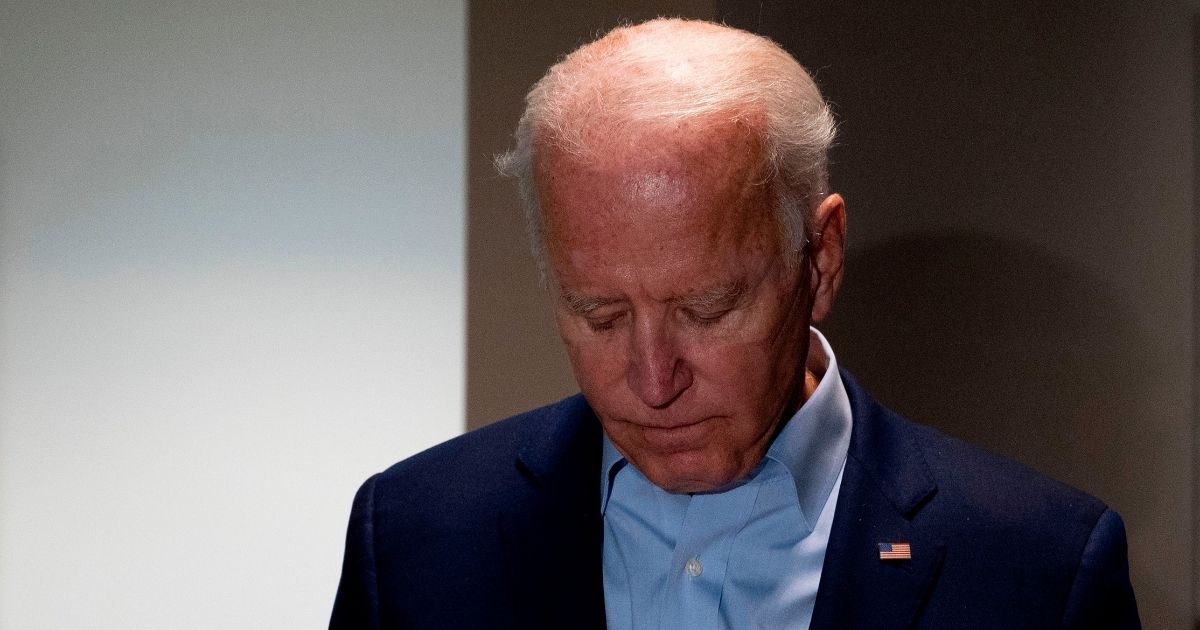 Veteran Atlantic writer Mark Bowden may have summed up Joe Biden’s tenuous relationship with the truth best in a 2010 piece where he described the then-vice president as having “the limber storyteller’s tendency to stretch.”

“Though hardly a hanging offense — who among us hasn’t burnished a tale now and then? — it’s a dangerous tendency on the national political stage,” Bowden wrote, noting that, among other things, “Biden has in the past exaggerated his scholastic résumé.”

The stretchiness of the limber storytelling that Bowden was referring to here was Biden’s frequent tendency to make himself look like an overachiever when he was, in fact, anything but.

In his ill-starred 1988 presidential campaign, for instance, he claimed he finished in the top half of his law school class. This wouldn’t necessarily be a reason for bragging, except in this case there wasn’t even anything to brag about. The Associated Press reported he finished 76th out of 85 in his graduating class at Syracuse law school; not even the most charitable of rounding errors could place him anywhere near the 50th percentile.

Some of his scholastic concoctions, however, didn’t have to do with his transcripts, but rather with where he went to school in the first place.

Last autumn, for instance, he told a town hall in South Carolina that he “got started out” at Delaware State University. He actually attended the University of Delaware.

This wasn’t just a slip of the tongue, however, and it’s problematic for a reason other than Biden’s faltering memory: Delaware State is a historically black university.

And it’s not just that he mixed up the names, either. He was very specific about the fact that the school he went to was historically black:

Biden claims he “got started out of an HBCU, Delaware State” when he did not attend the universitypic.twitter.com/LnBOS1wQlT

“I got started out at an HBCU, Delaware State,” he told the audience, eliciting laughter. “Now I don’t want to hear anything negative about Delaware State here. They’re my folks.”

I can’t read an audience on a Twitter clip but I’m pretty sure they’re not laughing about the fact that they went to Howard University, a traditional sports rival of Delaware State.

Just in case you had to ask, Delaware State confirmed this past week that Biden had never been a student there.

“However he was the Commencement keynote speaker in 2003 and [2016], and during the former he was awarded an honorary doctoral degree.”

Ah, that limber storyteller is at it again. To be fair, this barely needed confirmation; Biden hadn’t mentioned that he’d gone to Delaware State anywhere in his political backstory before this and his autobiography stated he’d attended the University of Delaware and Syracuse law, all without mentioning that he’d ever been to Delaware State.

It’s also something he would have said during his speeches at the university, including two commencement speeches and his address to the Delaware State class of 2020 during a virtual graduation ceremony.

“Some of you will redefine what it means to lead the way of the united people regardless of age, gender, race or zip code. We have a real opportunity to come out of this crisis stronger than we’ve ever been and this class of 2020, you’re going to play a big part in that,” said Biden in a video message, according to KYW-TV.

“Congratulations again, I can’t wait to see what you all accomplish. We need you.”

A nice message to a distressed graduating class, one that would have been better if — just months before — he hadn’t been appropriating their experience of attending an HBCU to run up the score in South Carolina. In that state, fourth on the primary/caucus calendar, a last-minute endorsement by black House Majority Whip James Clyburn served as a deus ex machina for Biden to win big and reinvigorate his campaign after three bad losses in Iowa, New Hampshire and Nevada.

By that time, people had mostly forgotten about the Delaware State clip, which had first surfaced months before to little fanfare.

There were only days between South Carolina and Super Tuesday, and little time in between that and when America basically shut down. Thus, this farcical claim never got much play outside of conservative media. (The Federalist was one of the first outlets to seriously tout the clip.)

If we were to discuss Biden’s limber storytelling ability, we’d be here all week, so we’re going to skip over almost everything that doesn’t directly deal with race. (Sorry, Neil Kinnock.)

The Washington Times also pointed out that in Jules Witcover’s 2010 biography “Joe Biden,” the then-vice president is described as a man who was sympathetic to civil rights sentiment but was “was taking no visible part in either the local racial unrest or the war protest.”

“It was not until his exposure to black contemporaries as a lifeguard, he said, that he finally began to understand, and then he saw his best engagement as a lawyer, not a marcher,” Witcover wrote.

He almost certainly hadn’t “marched with tens of thousands,” as he claimed in 1987 during his first presidential campaign.

He also didn’t get arrested trying to see an incarcerated Nelson Mandela in apartheid-era South Africa, as he claimed on the campaign trail earlier this year.

“This day, 30 years ago, Nelson Mandela walked out of prison and entered into discussions about apartheid,” Biden told a South Carolina audience in mid-February.

It was Robben Island (not Robbens) where Mandela was incarcerated, which is actually the least problematic part of that story.

Robben Island is off of Cape Town, whereas Soweto is in Johannesburg. The two cities are over 800 miles apart, and while Biden may often seem confused these days, he wasn’t that daft back then. He would eventually admit the story was entirely different from how it was first described.

In 2016, while she won an overwhelming percentage of the African-American vote, she also couldn’t turn out as many black voters as she would have hoped, leading to losses in places like Michigan, Pennsylvania and Wisconsin.

Biden already has an inexplicably tight bond with the black community, which is surprising considering his record on issues like racial busing and the 1994 crime bill.

And while every politician is prone to lying about their background to some extent, Biden’s wholesale invention of his backstory to motivate voters of color is self-defeating.

At least in that department, Biden’s limber storytelling abilities may be the among the most important assets Trump has.