Home Daily News Here’s How the Lib Media Covered Islamic Terrorist’s Death vs. How They... 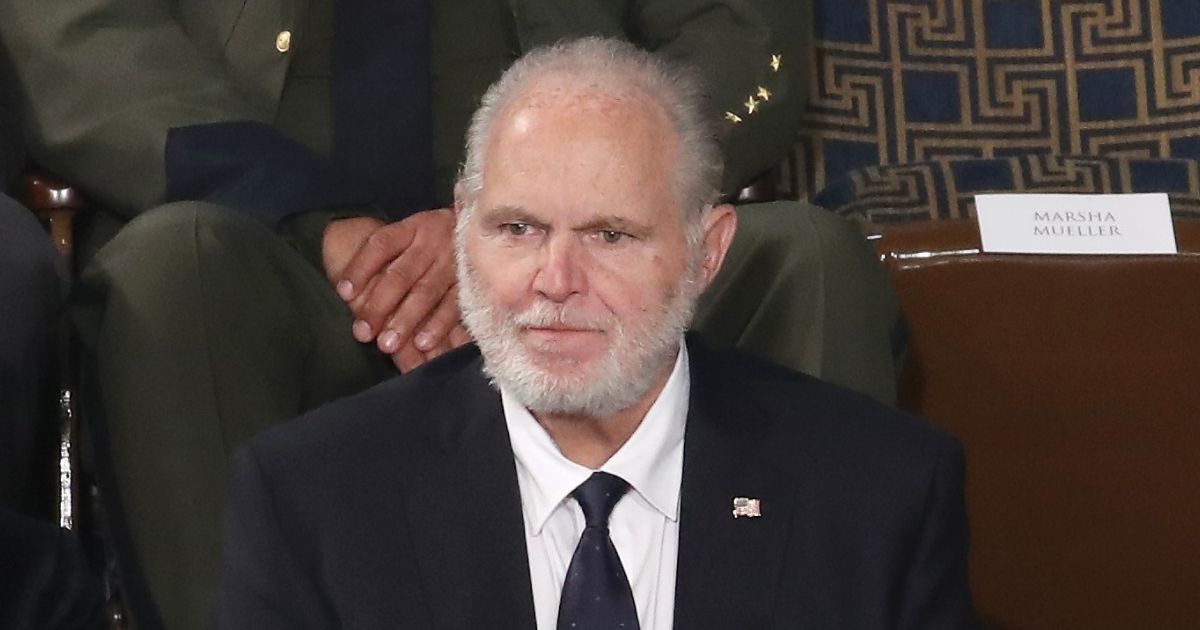 Talk radio legend Rush Limbaugh passed away Wednesday, and when liberals online were celebrating his death, you knew it wouldn’t take long before their allies in the establishment media began reporting on the event from their own slanted perspectives.

One wouldn’t expect Limbaugh’s passing would see him eulogized in a positive light by the “drive-by media,” as Limbaugh as often called them. After all, the 70-year-old was a thorn in their side, and has been since 1988 when his radio program was syndicated nationally.

But with Limbaugh’s tragic death, it’s appropriate to point out that some of these so-called journalists in the country’s corporate media actually treated a terror leader more fairly when he detonated a suicide vest during a U.S. military raid in 2019.

Stop, read this & think about it: last night a ruthless, brutal terrorist who threatened our country & is responsible for the death of American citizens was killed in a successful operation by US military & @washingtonpost described #Albagdadi as an “austere religious scholar” pic.twitter.com/Mjptm0Fa3Z

TRENDING: The Polar Vortex Is Proving Exactly Why Green Energy Is a Disaster for America’s Power Grid

After the serial rapist, slave holder and killer took his own life rather than face justice from a raid ordered by former President Donald Trump in October 2019, The Post downplayed al-Baghdadi’s violent life in an obituary.

The paper summarized the mass murderer as a relatively obscure “austere religious scholar with wire-frame glasses and no known aptitude for fighting and killing.”

The paper later edited the obituary to properly reflect exactly who the ISIS leader was, but only after facing public mockery and ridicule.

Rush Limbaugh dies at 70. The conservative provocateur was the nation’s most popular radio talk-show host. https://t.co/N5LVJdFv54

The description of Limbaugh isn’t too unfair, as he was at times provocative early in his career — depending on where you sat in the ideological spectrum. We know which way The Post’s reporters and editors lean, so it isn’t at all surprising he didn’t receive the al-Baghdadi treatment.

Still, “Rush Limbaugh, dutiful media trailblazer with soothing voice and prosperity for provoking laughter and independent thought” would have been a nice sendoff.

Were you a regular listener to Rush’s radio program?

But Limbaugh wasn’t a terrorist, he never held sex slaves and he never had men, women and children murdered. He was a conservative with the heart of a lion, a love for his country and a sense of humor, to boot.

With that fact being known, there would be no al-Baghdadi treatment, especially for the people over at HuffPost. The outlet actually smeared the beloved conservative with this nasty headline: “Rush Limbaugh, Bigoted King Of Talk Radio, Dies At 70.”

BREAKING: Talk radio host Rush Limbaugh has died at age 70. His wife revealed his death at the beginning of his show on Wednesday. https://t.co/Hr8owBtu6K

“A full accounting of Limbaugh’s lies and exaggerations; his racism and his misogyny; his homophobia and his Islamophobia; and his sheer cruelty could fill books — and have — but even a cursory overview of his lowlights makes his prejudice clear,” the obituary continued.

It went on to connect Limbaugh to the 1995 Oklahoma City Bombing and the Jan. 6 Capitol incursion, which it called a “historic insurrection.” HuffPost essentially summarized Limbaugh as a tinfoil hat-wearing grifter with a hatred for homosexuals — and none of that is true.

But the point of all of this, again, is that the establishment media that Limbaugh spent more than three decades having it out with on substance, policy and culture, set a precedent in 2019 when one of its papers labeled a terror kingpin an “austere religious scholar.”

When he passed away on Wednesday, leaving millions in mourning and a widow behind, his legacy as a media pioneer was reduced to the following by the left: bigot, provocateur and homophobe.

Those who let Limbaugh into their cars, homes and hearts aren’t going to let him be defined by the hateful extremists on the left. It’s also hard to imagine that the man who helped to lead the conservative movement for three decades would have had the drive-by media cover his passing from this world any other way than it did.