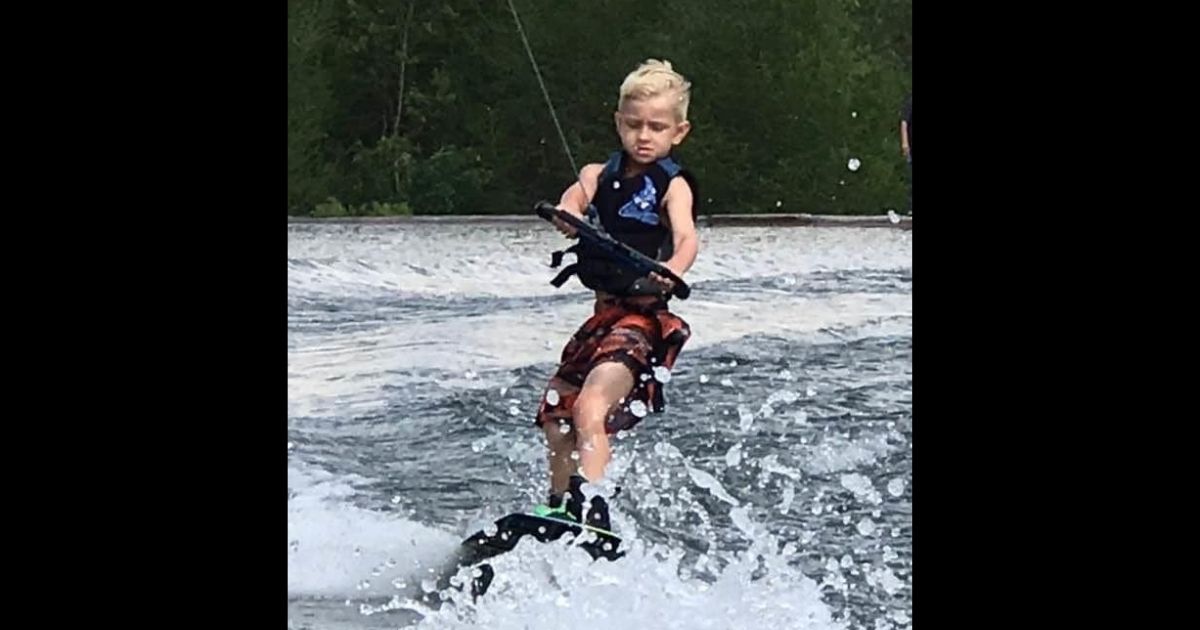 When the risks of something are very, very low, they tend to go unnoticed.

Sure, people know about carbon monoxide poisoning in homes — there are a whole variety of sad stories and close calls, and monitors sold to avoid tragedy.

But did you know that you can also get carbon monoxide poisoning outdoors? It’s very rare, but it does happen — and when it does happen, you can bet the odds don’t matter to the grieving family.

The Free family has lost their youngest member to a freak accident. The incident came as a shock to them, and the only good that has come out of this horrible loss is that they are now warning other families that it’s a real danger because they had no idea it was possible.

TRENDING: Driver Who Allegedly Rammed Pro-Trump Crowd Prayed To Go Out a Martyr, Posts Link Her to ‘Caravan 4 Peace’ Group

On June 6, the family — from Broken Arrow, Oklahoma — and a family friend started out to spend the day at Lake Eufaula. The family was no stranger to boats, swimming, and water skiing, and their youngest had been swimming since the age of 2.

Tubing, hanging out on the family boat and wake surfing filled the day, but as it wore on, all three Free boys (Jonathan, 15; Blake, 13; and Andrew Brady, 9) started to feel poorly. They complained of symptoms that anyone out on a lake in the sun all day might complain of.

The boys were groggy, and Andrew ended up falling asleep on the back of the boat. When the boat was docked, at one point the boat rocked and the 9-year-old fell off the boat and into the water.

“We were packing and cleaning up and the kids are groaning that they don’t feel good, just want to take a nap,” Cassandra Free said, according to Yahoo! Life. “My husband got Blake, my middle son, up. When he tried to get Andy, the boat just rocked and Andy rolled off. My husband, he was like, ‘What the heck?’”

Andy didn’t move as he fell or attempt to swim once he hit the water. His dad Brett and the family friend quickly retrieved the boy and started CPR, but he did not respond. First responders arrived, but he was already gone.

The story that initially started circulating was that the 9-year-old had fallen off the dock and drowned. But Free wanted to wait for the official autopsy report before telling their story.

Blake and Jonathan were tested for carbon monoxide poisoning, which was confirmed. That led to Andrew’s body being tested, and the report showed the real cause of death had been poisoning.

“His COHb was 72%,” Free posted on Facebook in August. “His so-called ‘drowning’ was secondary to the fact that he would have never lived at that level.”

The culprit? Carbon monoxide poisoning from the boat itself.

“Boats, even moving, create a backdraft of exhaust,” she continued. “That’s right. Exactly what I’ve typed: carbon monoxide exits the rear of the boat and drafts right back into the back of the boat. Backseat riders are especially vulnerable at low speeds and in long no-wake zones like the one we had to cross to return to the docks.”

“I didn’t know this. No one I know knew this. It’s called open-air carbon monoxide poisoning. Another friend looked into and found that it can also happen on other recreational vehicles like 4-wheelers. Our little Andy, our Dude, was probably slowly dying that afternoon/evening and we didn’t know it.

“He would’ve been tired. His head would’ve started to hurt. Sounds like too much sun after a long, physically draining day of wakeboarding, wake surfing, and tubing.”

“At 72%, or 720,000 parts per million carbon monoxide, his blood was no longer capable of carrying oxygen. Andrew crawled up onto the back edge of the boat while we were packing up at the dock and became unconscious and unaware of his impending death. We had no idea anything unusual was taking place.”

The only comfort for Free was that her son died painlessly and did not suffer. Had he been revived after falling in the water, he would have either been seriously brain-damaged or simply fell asleep and died during the drive home. There was nothing that medicine could have done for him at that point.

Obviously, after being blindsided by such an unexpected loss, Free is now on a mission to warn other families about this possibility so they can know what she didn’t.

“Don’t let Andy’s death be in vain,” she concluded. “Educate yourself and educate your friends and family. I do not want anyone else to ever experience what I am going through.”

“Andy was supposed to grow up and save the world,” she told Yahoo. “He still can. He can never grow up, but he can still save the world.”

“His name will be forever tied to the lives he saved. That has become my mission. To make sure that no mom stands in my shoes.”