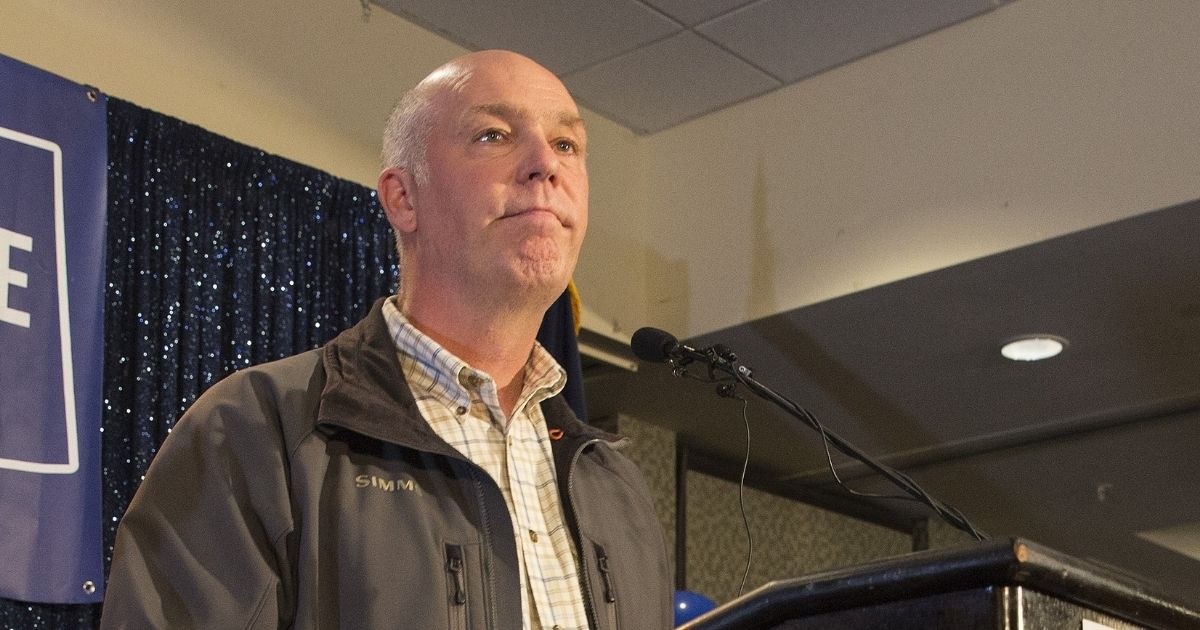 Montana Gov. Greg Gianforte is stepping forward to protect the residents of his state from the Biden Administration’s assault on the Second Amendment.

On Friday, the Republican signed into law House Bill 258. It will prohibit state and local law enforcement officials from enforcing any federal ban or regulation on firearms, magazines and ammunition. It also prohibits the use of state funds to impose federal bans and regulations of these items.

“Today, I proudly signed Rep. Hinkle’s law prohibiting federal overreach into our Second Amendment-protected rights, including any federal ban on firearms,” Gianforte wrote in a Twitter post. “I will always protect our #2A right to keep and bear arms.”

I will always protect our #2A right to keep and bear arms. pic.twitter.com/2xY8DeEtqf

The Biden administration has taken an aggressive stance against citizens’ right to bear arms.

Citing the mass shootings in March in Atlanta and in Boulder, Colorado, and perhaps emboldened by the National Rifle Association’s bankruptcy filing, President Joe Biden announced a series of executive actions on April 8 he claims will reduce the so-called “gun violence public health epidemic.”

The Biden-Harris Administration’s six initiatives are outlined on its website. The two most notable items involved tightening government regulations on “ghost guns,” privately made guns that are untraceable through serial numbers, and a ban on pistol stabilizing braces, devices used to improve the accuracy of a shot.

Democrats are also trying to ban so-called “assault rifles.” But unless they find a way to eliminate the filibuster, it’s unlikely any meaningful gun control bills could pass the 50-50 Senate.

Do you believe Biden's executive actions regarding limits to our Second Amendment rights are constitutional?

Unsurprisingly, Montana is a very gun-friendly state. A report in the Montana Gun Trader notes that 70 percent of Big Sky Country residents own guns.

On Friday, The Associated Press reported that Montana’s legislature has tried to pass similar legislation three times in the last eight years – in 2013, 2015 and 2017. Each bill, however, was vetoed by the state’s former Democratic Gov. Steve Bullock.

Opponents of the bill argue that conflicting state and federal laws would “make it difficult for local law enforcement to collaborate with federal authorities on issues beyond gun access when such collaboration is essential to protect public safety, including in cases of domestic violence and drug offenses,” according to The Associated Press.

A similar bill, the “Arkansas Sovereignty Act of 2021,” was vetoed by Arkansas’ Republican Governor Asa Hutchinson on Friday, according to KLRT-TV in Little Rock. In a letter to the general assembly, Hutchinson wrote, “The partnership between state and federal law enforcement officers is essential for the safety of Arkansas citizens. This bill will break that partnership and put the safety of Arkansans at risk.”

That argument might hold water if the new federal laws and regulations don’t violate the Second Amendment. Biden may or may not find himself in violation of the Constitution with his new executive actions.

According to the administration’s “Fact Sheet,” released on the day Biden announced his executive actions, the DOJ has 30 days to “issue a proposed rule to help stop the proliferation of ‘ghost guns'” … 60 days to “issue a proposed rule to make clear when a device marketed as a stabilizing brace effectively turns a pistol into a short-barreled rifle subject to the requirements of the National Firearms Act” and 60 days to “publish model ‘red flag’ legislation for states.”

I am not a lawyer, but it’s possible that the constitutionality of all three of these actions may ultimately need to be decided by the Supreme Court.

In the case District of Columbia v. Heller, the Supreme Court ruled “ruled that individuals have a right to keep and bear arms, unconnected with service in a militia, for traditionally lawful purposes, such as self-defense within the home.”

During his April 8 announcement, Biden told his audience, “Nothing I’m about to recommend impinges on the Second Amendment. There are phony arguments suggesting that these are Second Amendment rights at stake, for what we’re talking about. No amendment to the Constitution is absolute.”

But the Constitution clearly states that the right to keep and bear arms “shall not be infringed.”

We’ll leave it to the Supreme Court.

In the meantime, a few more governors like Gianforte, please.