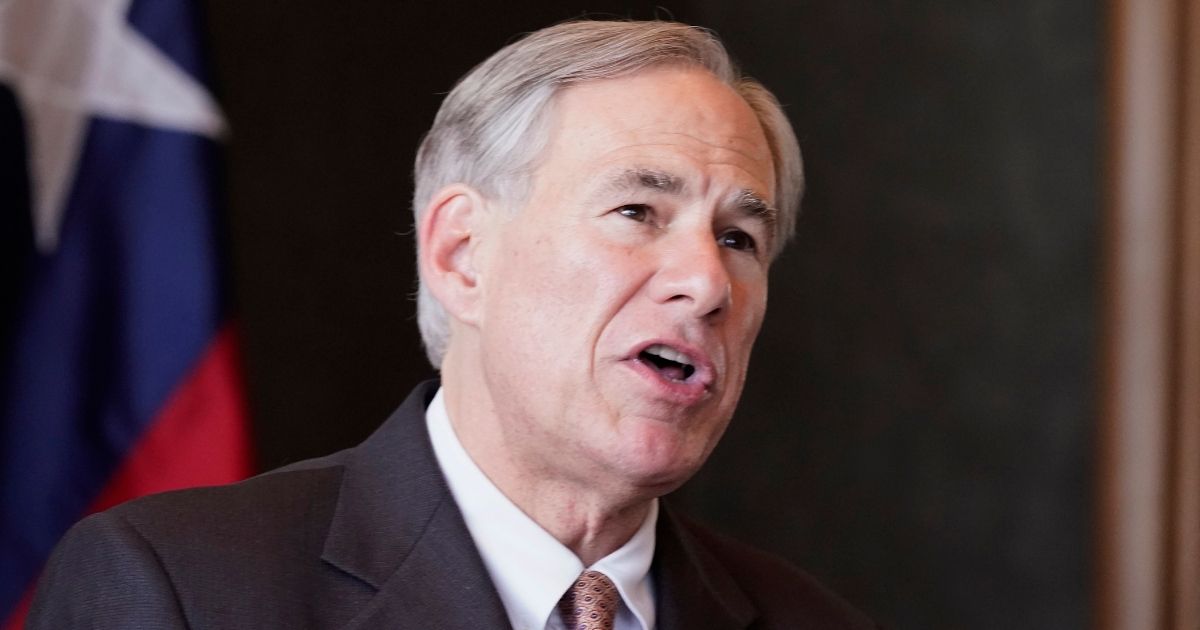 Noting that President Joe Biden has made Vice President Kamala Harris his “Border Czar,” Texas Gov. Greg Abbott wrote a letter to Harris on Tuesday to demand that action be taken to end the “humanitarian crisis” at the border and save children from human traffickers.

“Now that President Biden has named you Border Czar in charge of the administration’s response, I want to express to you the threats and challenges caused by this administration’s open border policies,” Abbott wrote.

“These policies embolden and enrich cartels, smugglers, and human traffickers who continue to ramp up their criminal operations,” he said. “In many cases these criminals lure unaccompanied minors into inhumane conditions and expose them to abuse and terror.”

“Given your new role as the administration’s Border Czar, I urge you to visit the border to see the crisis for yourself, and I implore the Biden administration to take swift action to secure the border, crack down on human trafficking, and prevent more children from being trafficked and abused,” the governor said.

In the letter, Abbott noted that more than 11,000 unaccompanied children had crossed into Texas in the first two months of 2021 and more than 18,000 were currently in federal custody within the state.

The CBP facility in Donna, Texas is a tragic superspreader event caused by the Biden admin.

Per CBP, the Donna facility has a 10% positivity rate. Roughly 4000 aliens are cramped together into cages.

Pictured (identities obscured) are kids who tested + for COVID…today. pic.twitter.com/D5JTYWV2Pl

“We have a duty to investigate these border crossings so we can protect the victims of human trafficking that have already crossed our borders, crack down on the perpetrators of this heinous crime and ensure federal policies do not allow — or even incentivize — such behavior,” he wrote, adding that so far the administration appears to have no idea what is going on.

Should Harris visit the border?

The letter includes a series of questions asking what the federal government is doing to investigate what is taking place before children reach the border. Abbott said the questions have been asked before but “Americans need answers.”

“Who is assisting these children as they travel through Mexico and cross the U.S. border?” he asked.

“U.S. Department of Homeland Security Secretary [Alejandro] Mayorkas has acknowledged that many of these children have been abused or harmed during their journeys. What is the administration doing to eliminate that harm?”

Abbott asked whether the federal government has any idea if children are being used to “carry contraband into the United States.”

Abbott Letter to Harris by The Western Journal

The governor also asked pointed questions about how the children in custody are being released, and to whom.

“Americans deserve to know what the administration is doing to get answers to these questions and to go after human traffickers,” Abbott said.

He noted that despite immigration being a federal responsibility, he has created Operation Lone Star to address human trafficking during the border surge.

“The thought of any child suffering at the hands of human traffickers is unacceptable,” Abbott wrote, again urging Harris to come and see the crisis for herself.

“I implore the Biden administration to take swift action to secure the border, crack down on human trafficking and prevent more children from being trafficked and abused,” the governor wrote in closing.