Home Daily News GOP Rep. McClain Lashes Back After Pelosi Refers to Her as ‘That... 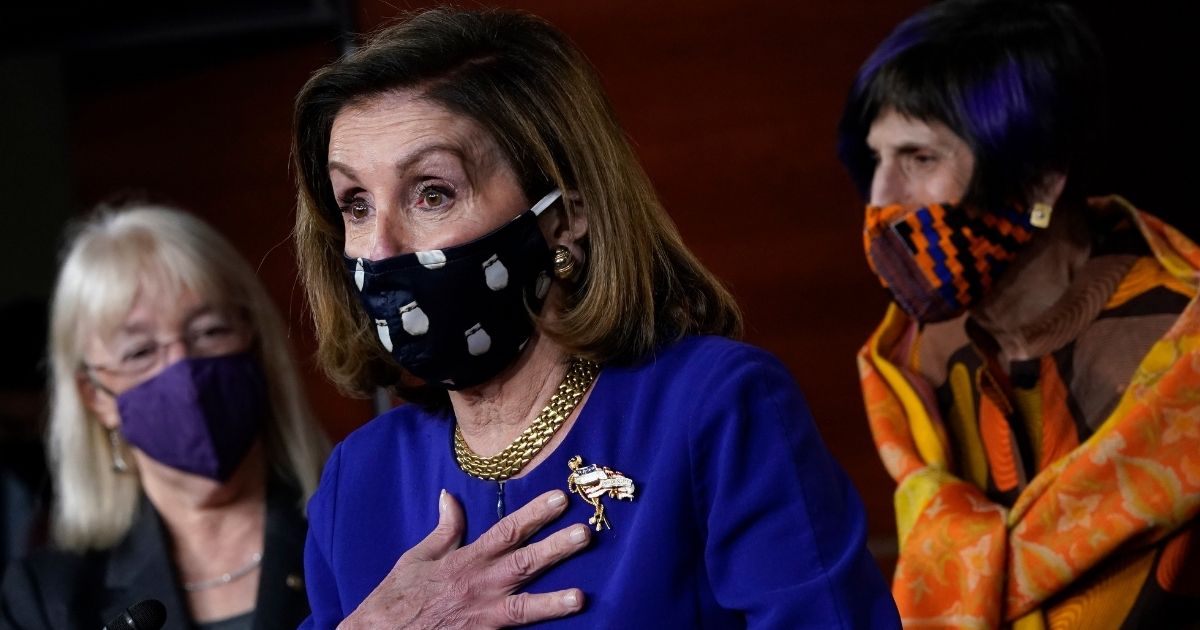 On Monday, Republican Rep. Lisa McClain of Michigan called out the Democrats’ double standard when it comes to language they consider “incitement of violence.” Instead of addressing that actual issue, House Speaker Nancy Pelosi decided to take a shot at McClain.

“Once again this weekend, we saw a member of the majority openly call for more confrontation in a Minneapolis suburb,” McClain said in a speech on the House floor Monday.

“If this were reversed, if this was said by a Republican, you know, Mrs. Madam Speaker, that the majority in this chamber would move to strip that representative of their committees and possibly move to expel them from Congress.”

McClain was referencing Democratic Rep. Maxine Waters of California, who said this weekend in Minnesota that protestors should “stay on the street” and “get more confrontational” if Derek Chauvin was not convicted of the murder of George Floyd.

After McClain’s speech, Pelosi was asked by a reporter whether she thought Waters needed to apologize for her comments, according to Fox News.

“No she doesn’t,” Pelosi replied. “That woman on the floor should be apologizing for what she said.”

Has Pelosi created a double standard?

“As ‘that woman,’ no I won’t apologize for calling out the double standards that you have set @SpeakerPelosi,” McClain tweeted.

As “that woman,” no I won’t apologize for calling out the double standards that you have set @SpeakerPelosi. https://t.co/psq0zn7DXp

“First of all, Speaker Pelosi, you need to learn this woman’s name — and that’s Lisa McClain,” she said. “And this woman will continue to fight to expose the double standards, I will fight for the people of my district, and I will fight to uphold the Constitution.”

RELATED: As Farrakhan Follower Leaves Officer Dead in Bloody Attack, It's Time for Democrats to Answer for Their Support of the Racist Radical

After making it clear that Pelosi’s jabs would not be tolerated, McClain got to the real issue, which is the dangerous comments made by Waters.

“The Democrats have set a standard and all I’m asking is, Madam Speaker, don’t you think we both should play by the same rules?” she said.

“They impeached President Trump for [inciting] violence. Madam Speaker, do you really want to hold your party to a lower standard than you hold the Republicans? I don’t think so.”

She concluded that Waters’ words were rather cut and dry, and it would be hard to twist what she said to make it seem like anything other than inciting violence.

“Words do matter, but I don’t know how you can misinterpret ‘confrontational,'” she said.

McClain is absolutely correct in her assessment of both issues. First, Pelosi has gotten away with her holier-than-thou attitude for too long.

Instead of addressing a legitimate issue, Pelosi distracted from it by taking a jab at McClain. She failed to explain why Waters should not apologize but McClain needed to, and McClain rightfully called her out for it.

In addition, McClain was correct in saying Pelosi and the Democrats have created a massive double standard. Just a few months ago, they were losing their minds over former President Donald Trump’s vague calls for his supporters to “fight like hell” to save the country.

Waters’ comments were a much more explicit call to violence, yet Pelosi refused to condemn her.

It has become clear that Democrats couldn’t care less about safety as long as the damage done advances their agenda. McClain and other Republicans must continue to call out this dangerous double standard.