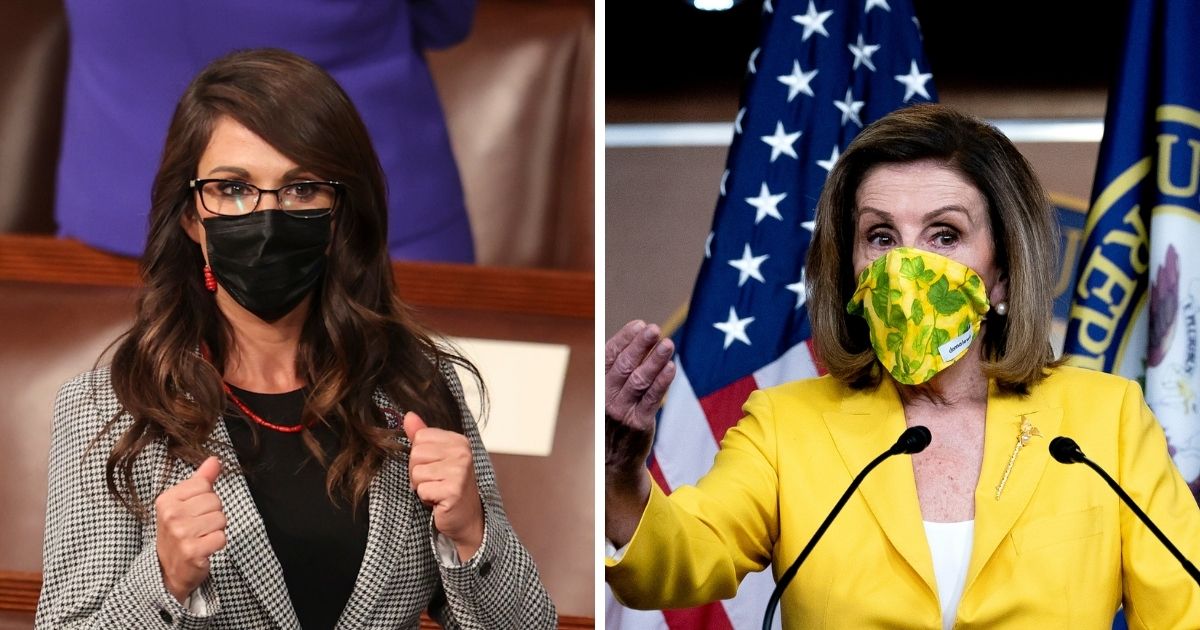 If President Joe Biden takes his mask off to do something, it’s pretty safe to say everyone can take their mask off while doing it.

Take last Tuesday, when he announced to reporters that the Centers for Disease Control and Protection had finally determined people could wear a mask outside in small groups if they were fully vaccinated — something they’d likely been doing since COVID-19 began and a vaccine wasn’t even on the horizon, since they knew the risk of infection from that activity is virtually nil.

But this was a big to-do for the president, who said it was “because of the extraordinary progress we’ve made in fighting this virus, and the progress our scientists have made in learning about how it gets transmitted.”

“The CDC is able to make this announcement because our scientists are convinced by the data that the odds of getting or giving the virus to others is very, very low if you’re both been fully vaccinated and out in the open,” Biden said.

And even though he was fully vaccinated and giving the speech outside, he wore a mask as he walked to the lectern to make the announcement:

WATCH: Biden defies science by walking outside with a mask on. pic.twitter.com/jX0Dvm24Hz

It’s safe that if Joe Biden doesn’t wear a mask while doing something, then, nobody should have to. Exhibit A, your honor: Biden’s speech before a joint session of Congress on Wednesday.

It’s never been a good bet to bet against America — and it still isn’t.

We are the United States of America. There is nothing we can’t do if we do it together. pic.twitter.com/WGlXhZJkQG

Speaking in the House chambers, the president didn’t wear a mask. And yet, representatives are barred from doing so otherwise by order of House Speaker Nancy Pelosi — who, in December, made masks mandatory at all times on the House floor, including during speeches.

“Members will not be recognized unless they are wearing a mask and recognition will be withdrawn if they remove the mask while speaking,” Pelosi said at the time, according to Business Insider. That rule hasn’t changed, and freshman GOP Rep. Lauren Boebert of Colorado doesn’t appreciate the hypocrisy.

In a letter to Pelosi after Biden’s speech, Boebert said the speaker should “‘follow the science’ and allow members to speak without masks from the lectern, and for members of the public to be allowed to return to the House Gallery.”

“I write to express my frustration at the inconsistent rules you have imposed for the sake of political theater on the House Floor,” Boebert wrote in the Friday letter.

“Your own rules state that speakers on the House Floor must wear a mask for the duration of their speech or face a $500 fine, yet, you allowed President Biden to speak for over an hour with his mask off. You sat less than 6 feet from Vice President Harris and members of your party crowded President Biden following the speech — all in contradiction to the guidelines you set forth.”

“Let me be clear: I support Members’ rights to speak without masks on, shake hands, gather in huddles, and sit closely. There was no reason for any part of the COVID charade, since everyone in attendance was either fully vaccinated or tested negative for the China Virus,” she continued.

“However, your hypocrisy was on full display this week as rules that members have been under for months were brushed aside for optics as you and the Vice President sat behind an unmasked President Biden.”

It was also time, she said, to allow the public back into the lower chamber, where the balcony remains closed to visitors.

“I am calling on you to, as you say, ‘follow the science’ and allow members to speak without masks from the lectern, and for members of the public to be allowed to return to the House Gallery,” Boebert wrote. “If President Biden was able to speak for an hour without a mask, it’s time to allow the general body to do the same. It’s time to end the charade.

“For months, House Members have had access to rapid COVID testing and the vaccine. Continuing to require masks when speaking does nothing to prevent the spread of the China Virus. Please update the House rules accordingly.”

I’m guaranteeing you the only thing Pelosi took away from this was a searing rage at the use of the term “Ch*** virus” — not once, but twice — something that doubtlessly put a damper on the rest of her day.

Should members of the House be able to speak without a mask on?

If she didn’t read anything else but that, it’d be a pity. If you wanted to find pandemic theater on display during Biden’s speech, you didn’t have to look far — consider it was a room full of people who were vaccinated and spread out so far apart the House chamber looked like Camden Yards during a Baltimore Orioles afternoon game in late September — and yet, Boebert’s letter best crystalizes the absurdity of the double standard.

If you want the reason behind it, a senior Democrat official told Breitbart that Pelosi’s “mask rule applies to Members of Congress only.”

I don’t see why it should if this really were about following the science. Of course, if it were about science, Pelosi would realize vaccines are profoundly effective against the coronavirus and no one in the audience on Wednesday would be wearing a mask in the first place.

The same thing goes for Biden, too — if things are so dire that our president needs his mask walking outside, he’d better wear it when he’s addressing the nation inside the Capitol. If he doesn’t, it’s almost as if — gasp! — he only keeps his mask on at conspicuous times when it benefits him.

It’s time for the House speaker to put her money where her president’s mouth was: on the House floor, unmasked while giving a speech. If he can do it, everyone else can, too.