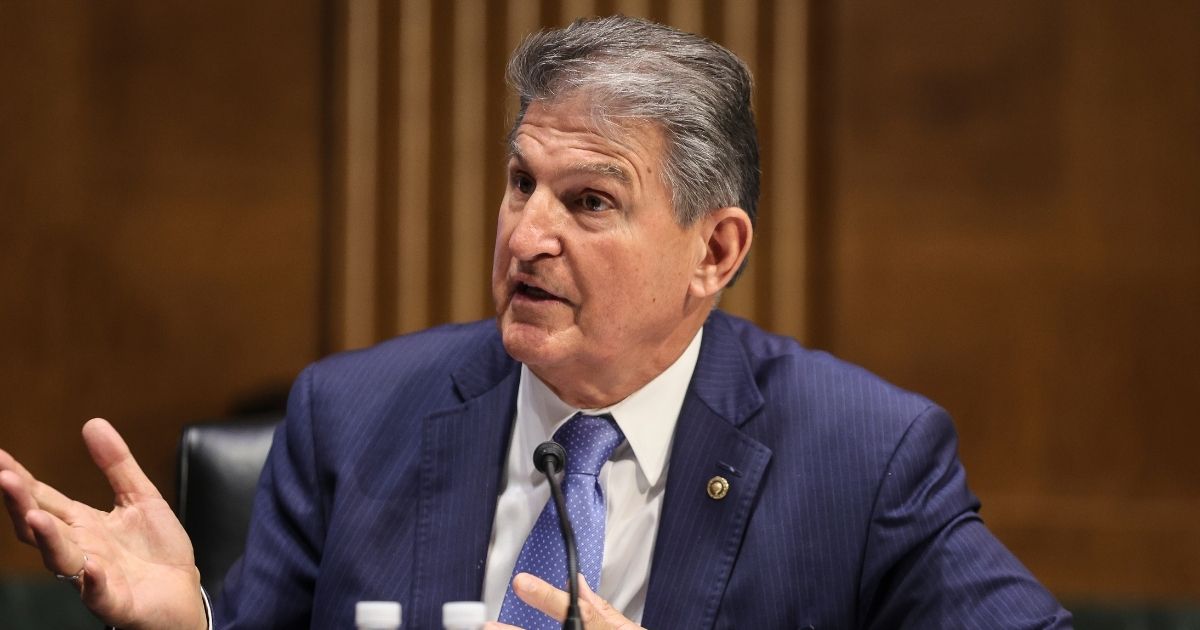 That’s all right, though. After all, Republicans only need one vote from the other side of the aisle to scuttle the massive American Jobs Plan — and from the sound of it, West Virginia Sen. Joe Manchin is interested in hearing them out.

In an appearance on CNN’s “State of the Union” Sunday, the Senate’s hinge vote said he thought the bill was “a good start” and had “bipartisan support,” while urging that the more contentious parts of the bill be dealt with separately and remaining ambiguous on continuing to use the budget reconciliation process to pass the Biden administration’s agenda along party-line votes.

“Well, it’s a good start. It really is. And I’m glad they did it,” Manchin said.

“And they have worked it together. So, we know it has bipartisan support. We just have to look to see if we have gotten everything in there that we need. And we will be working on that together. So, I’m very, very pleased with that.”

The Republicans’ plan, according to Politico, only includes $600 billion in spending and focuses on traditional infrastructure as opposed to the rather amorphous definition of infrastructure in Biden’s proposal. (Biden’s plan includes $400 billion for the “care economy,” which is comprised of things like home health care and childcare — line items that don’t easily spring to mind when invoking the term “infrastructure,” typically used to denote things like roads and bridges.)

Manchin went on to say that “this is the way we start negotiations. And they have put their best foot forward, but it’s a starting point.”

As for spending on traditional infrastructure and the so-called “care economy,” Manchin said “they should be separated, because, when you start putting so much into one bill, which we call an omnibus bill, makes it very, very difficult for the public to understand.

Do you support the GOP's infrastructure bill?

“When you talk about infrastructure, they understand infrastructure. Internet is a new infrastructure that we didn’t have before,” Manchin said. “But you’re talking about transit, airports, the rail systems, the lines as far as our electricity, which is the grid system.

“All of these things need upgrading. And we have to make sure, with the new energy coming on, that we’re able to get it to market. So all of this has to be incorporated. That’s infrastructure, what we would call traditional infrastructure.”

This isn’t the opinion of the Democrat mainstream, you may not be surprised to discover.

Take Pennsylvania Sen. Bob Casey, chair of the Senate Special Committee on Aging: “The decision by Senate Republicans to completely cut the funding for home and community-based services that is in the American Jobs Plan is a slap in the face to older adults and people with disabilities,” he said in a statement Thursday.

“It’s also an insult to the workers who provide home and community-based services. Under the American Jobs Plan, these workers would see their incomes grow and our Nation would see jobs created. Senate Republicans need to go back to the drawing board and present a real offer. I won’t be a part of any scheme that sells out our seniors and those with disabilities who have suffered disproportionately during the pandemic.”

In other words, go back to the drawing board and come back with something that resembles the Democrats’ plan.

Manchin, however, is one of two reliable Democrat swing votes in the Senate at present — the other being Arizona Sen. Kyrsten Sinema, who, according to Time, hasn’t taken a position yet. Along with those reliable swing votes are other possible defectors. Freshman Arizona Sen. Mark Kelly hasn’t signed onto it yet.

According to The Wall Street Journal, Sen. Chris Coons of Delaware has also said he wants to split up the infrastructure bills to win Republican support on traditional infrastructure.

Without Manchin, however, this boat isn’t going anywhere — and he was evasive on the idea of using budget reconciliation repeatedly in order to effect the Biden administration’s agenda.

“If people would just think about, if we go through the process that we’re supposed to — we never used to use filibuster. And reconciliation is only used for budget,” Manchin said.

The reconciliation process, which allows for filibuster-free pure majority voting on bills that deal with budget, taxation or spending, is crucial for the administration to pass its agenda without getting 10 Republican votes in the 50-50 Senate or doing away with the 60-vote filibuster.

Reconciliation usually allows for one spending bill per year, which the Democrats used up on Biden’s COVID relief package — but the Senate parliamentarian ruled earlier this month additional spending packages can be counted as revised budgets, according to CBS News, paving the way for it to be used multiple times.

There was a lot for conservatives to feel queasy about watching Manchin’s performance Sunday.

He still believes in spending on the decidedly non-infrastructure portions of Biden’s infrastructure bill and Manchin’s openness to the GOP’s counter-offer on infrastructure could be seen as playing to West Virginia voters, who likely won’t be jazzed about Manchin supporting the more dubious parts of the American Jobs Plan.

That said, if Manchin is open to a smaller infrastructure plan that deals solely with infrastructure and he’s not in favor of using reconciliation, the bloated infrastructure bill that’s mostly not infrastructure could be dead on arrival. If that’s the case, it doesn’t matter how many Democrats don’t listen to the GOP’s proposal. The Republicans have the ear of the only one that matters.