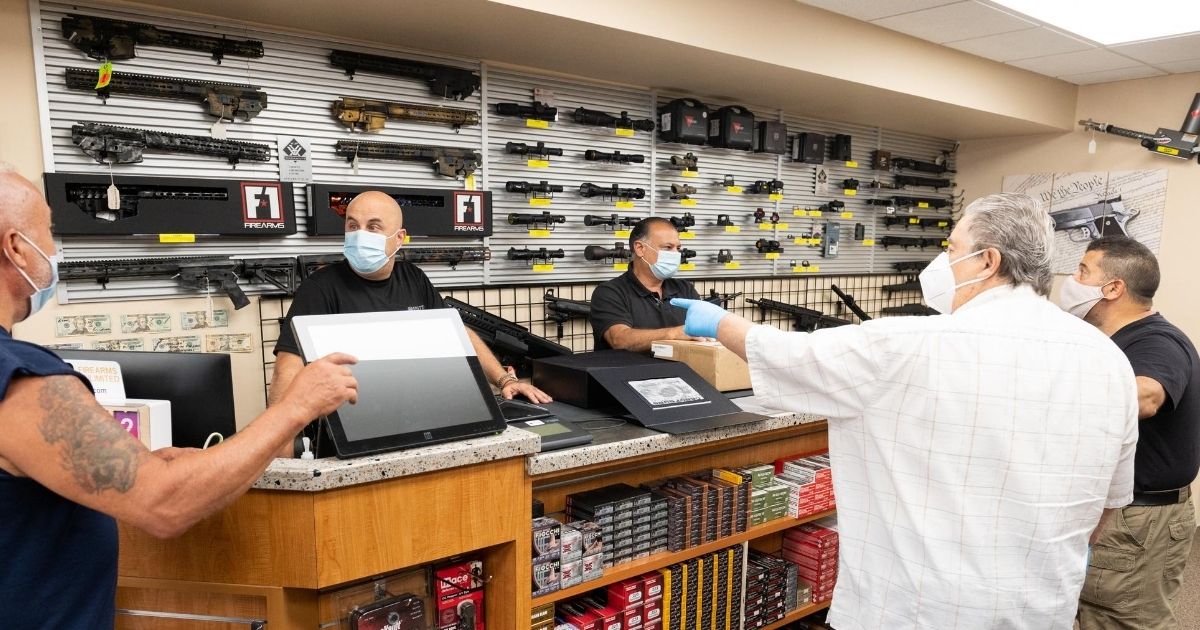 With the 2020 presidential election heating up, Democrats are already boasting about all the ways their party will beat President Donald Trump.

But one thing Democrats can’t deny is that an uptick in first-time gun ownership is not a good sign for them. News from the National Shooting Sports Foundation estimates nearly 5 million people purchased their first firearm in the first half of 2020 alone, which will likely spell serious trouble for the anti-Second Amendment left.

NSSF also conducted surveys among gun retailers to gather sales and demographic information about the guns sold so far this year.

Of those sales, female buyers accounted for over 20 percent. Retailers reported their largest demographic change was a 58.2 percent increase among black buyers, a figure that could hint at a shift in voting patterns for the traditionally Democratic demographic.

“This is a tectonic shift in the firearm and ammunition industry marketplace and complete transformation of today’s gun-owning community,” NSSF Senior Vice President of General Counsel Lawrence G. Keane said.

“These first-time buyers represent a group of people who, until now, were agnostic regarding firearm ownership. That’s rapidly changing, and these Americans are taking hold of their God-given right to keep and bear arms and protect themselves and their loved ones.”

Will new gun owners turn out for Republicans even if they haven’t in the past?

The NSSF speculated that the uncertainty of the coronavirus pandemic coupled with the ensuing prisoner releases and violent riots have driven many citizens to exercise their right to bear arms.

“New Gun Owners Could Sway Future Elections,” the National Rifle Association tweeted after the news was reported in a Washington Free Beacon story.

“The NRA believes voters who recently bought guns for self-defense will join other #2A voters and be an even more formidable voting bloc,” the pro-Second Amendment organization wrote.

“They know anti-gun politicians are the biggest threat to their fundamental right to self-defense.”

The NRA believes voters who recently bought guns for self-defense will join other #2A voters and be an even more formidable voting bloc.

They know anti-gun politicians are the biggest threat to their fundamental right to self-defense.

Even as the organization itself has experienced a shakeup this election year, Forbes reported that the gun owners it represents will likely be a significant force in the presidential race.

Citing Democratic nominee Joe Biden’s promise to turn gun policy over to Beto O’Rourke, who famously advocated for seizing guns from legal owners, the outlet predicted trouble for the former vice president’s chances to win over the nearly 150 million gun owners in America.

That may be true considering that in October 2017, The New York Times reported exit polling in every state except Vermont indicated households with gun owners voted “overwhelmingly” for Trump in the 2016 presidential election.

Besides just being ridiculous (firing a gun into the air is a Hollywood trope that no real gun owner would do), this was long before the radical left had encouraged rioting and looting as an acceptable response to racial tensions while simultaneously working to defund the police.

Their notions of a disarmed populace seem quaint now that the left has allowed months of rioting to persist after the death of George Floyd in late May sparked off national unrest.

Leftists apparently thought the chaos would reflect poorly on President Donald Trump, but what it has done instead is show that Democrats are not capable of sober leadership or protecting their constituents, especially when it seemed politically beneficial to let their cities burn.

They’ve overplayed this hand so badly that they’ve driven citizens into their neighborhood gun shops for protection, rightly afraid for the day when the criminals finally reach their suburban hamlets.

Chances are they will drive those same citizens to the ballot box to vote for Trump as well.