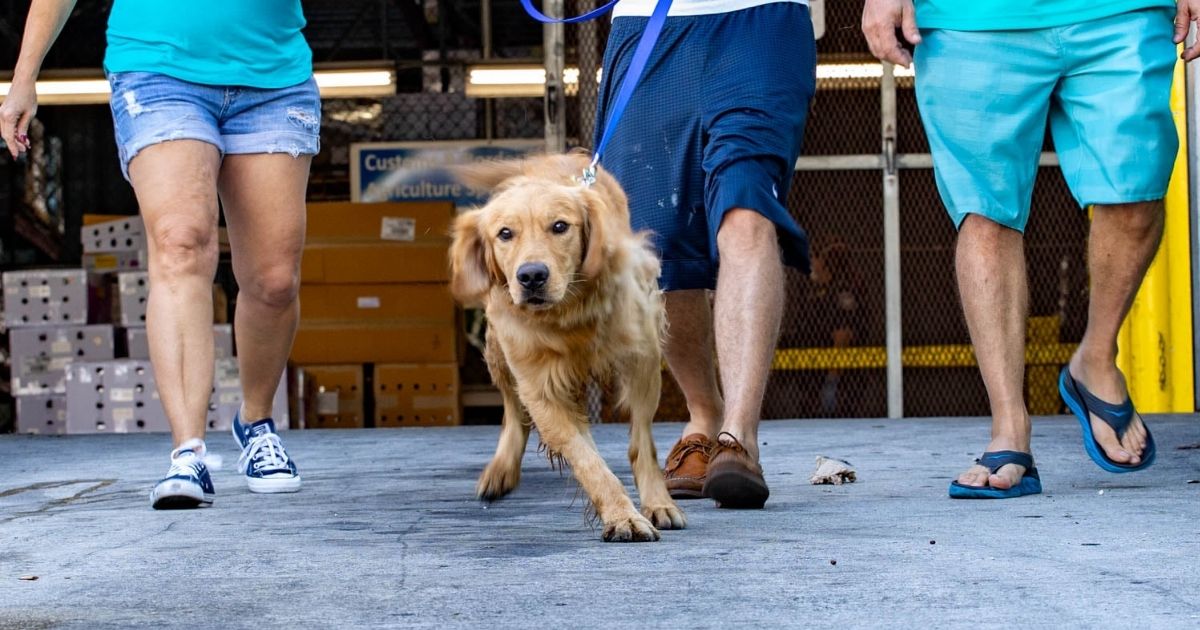 With consumer food prices in the People’s Republic of China still highly affected by an outbreak of African swine fever sweeping the nation’s pig herds during the last few years, residents have been forced to find alternatives.

While many are replacing prohibitively expensive pork with leaner animals and vegetables, some have been turning to an alternative meat.

Domesticated dog replaced pork in some restaurants and households throughout the country last year, seemingly creating a booming business for the dog meat trade. Thankfully, one Florida group is helping put a stop to this.

According to WPLG, Golden Rescue South Florida saved 20 dogs from potentially meeting a grisly fate in a Chinese slaughterhouse.

“Unfortunately, they have meat markets, they eat dogs, so we’re saving them from the slaughterhouses,” said rescue coordinator Kristine Minerva, who noted that some of the dogs were owner surrenders.

The dogs arrived in Miami on Dec. 20, and were matched up with previously screened families.

Would you adopt a rescue dog from China?

Although these dogs will now have a loving home, moving them across oceans and continents was no easy task.

Each canine brought to America set GRSF back a whopping $2,600. With airfare, special permits and veterinarian bills, the cost rose for some of the dogs.

For comparison, the group estimates rescuing a dog domestically costs about $900 on average.

The rescue mission took months to plan and execute owing to the logistics of moving animals across international borders during a pandemic.

The golden retriever airlift came as China has worked to root out the dog meat trade.

RELATED: China Is Building a Foothold Less Than 100 Miles from Continental US

Although dogs are clearly still eaten in some parts of the communist nation, leaders recently declared that canines are no longer considered livestock. Some cities have banned consumption of dog meat outright, making it a criminal act.

Yet, despite the decline of dog as a foodstuff in China, it seems its place in national culture is here to stay — at least for the foreseeable future. At the Lychee and Dog Meat Festival, held yearly in the Chinese city of Yulin, revelers consume fruit and cuts of meat taken from dogs.

However, thanks to bans and a changing national attitude about eating man’s best friend, attendance dwindled in 2020. Some even predict this could be the last year the festival will be held.

There’s no telling where these 20 golden retrievers would have ended up had the American rescue group failed to step in.

Now, instead of being fated to become somebody’s lunch in some under-the-table deal, they’re waiting patiently under American tables for someone to drop a morsel of their lunch.