Home Daily News God Help Us: Massachusetts Lowers Age To Get an Abortion Without Parental... 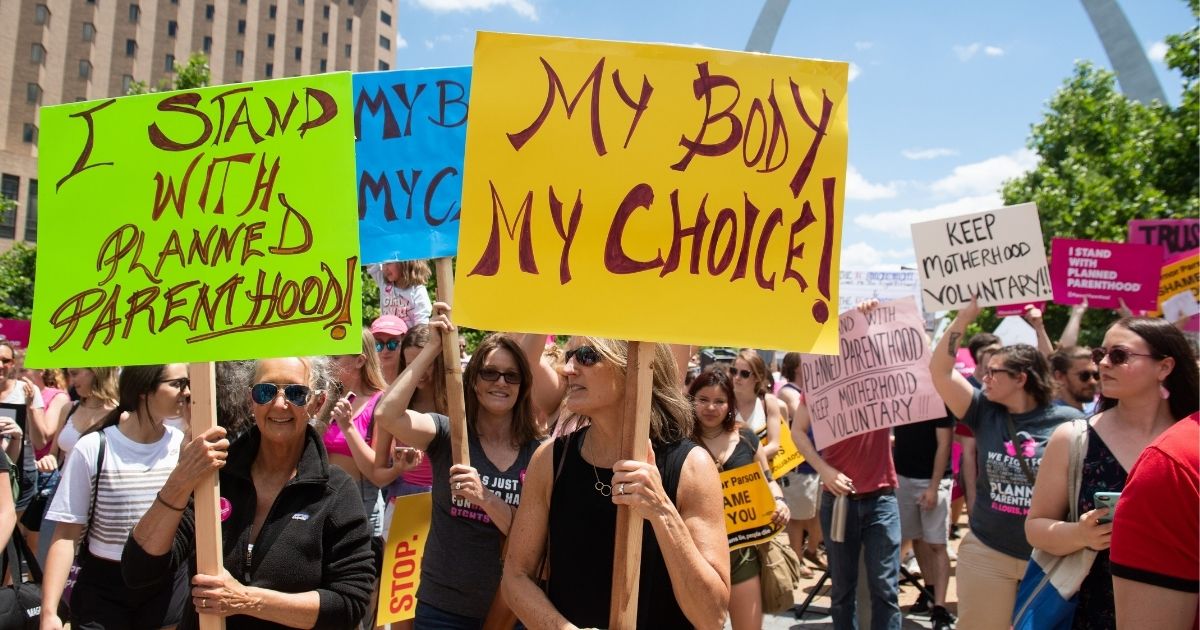 It is now legal in Massachusetts for 16- and 17-year-olds to get an abortion without parental or judicial permission, after a veto override by the state legislature.

Republican Gov. Charlie Baker originally vetoed the law against the unborn on Dec. 24, saying that while he believes in general abortion access, he cannot in good conscience sanction minors consenting to abortion.

“I cannot support the sections of this proposal that expand the availability of later term abortions and permit minors age 16 and 17 to get an abortion without the consent of a parent or guardian,” Baker said in a letter to lawmakers, according to WBUR-FM.

Unfortunately, the Democratic-majority Massachusetts House and Senate decided to override Baker’s veto and enact the law, known as the ROE Act, on Tuesday.

In addition to lowering the age of consent to an abortion, it will also allow abortion even 24 weeks after pregnancy in some cases, such as a fatal fetal anomaly or a physician recommendation, NPR reported.

The ROE Act Coalition, which advocated for the state bill, released a statement praising the actions of Massachusetts lawmakers the same day.

“With the ROE Act provisions now law, most young adults seeking abortion will be able to access the care and support they need without navigating the court system, and pregnant people facing a fatal fetal diagnosis later in pregnancy will be able to access abortion care here in Massachusetts, with a provider they know and trust, rather than traveling across the country for care,” the group said in the statement.

Baker was right to veto the bill, as allowing minors to get abortions without permission does not allow for all options to be properly weighed in the event of an unwanted pregnancy with an adult, such as adoption and financial management.

The Massachusetts Citizens for Life organization was infuriated with the legislation, and views it as perpetuating injustice.

“So while we pause today to grieve for the many lives that will be severely damaged and lost as a result of the ROE Act, we anticipate, much as abolitionists did, the inevitability of a brighter tomorrow,” the organization’s president, Myrna Maloney Flynn, said in a statement.

“Pro-lifers know setbacks. What we don’t know how to do is give up, look the other way, and allow injustice to stand.”

The Susan B. Anthony List, a pro-life nonprofit group, also blasted the act, calling it “extreme.”

“This dangerous new law allows for late-term abortion on-demand across Massachusetts, and secret abortions for minor girls as young as 16,” said SBA List President Marjorie Dannenfelser in a news release. “Governor Baker is pro-choice, but this legislation was too much for him to stomach: his veto exemplifies just how extreme it is.”

Those who support abortion will often cite the broken adoption and foster care system as a reason why abortion is necessary. With this in mind, states need to find effective ways to improve child care methods so more people choose to give life to the unborn.

Reproductive health care is a significant issue that needs to be tackled, and state governments need to provide resources other than abortion to assist those who are in need.

In the meantime, it is comforting to know there are those still willing to stand up for the unborn, in the midst of so much opposition. As the Massachusetts Citizens for Life organization reflected, “[We] will work tirelessly to make abortion unthinkable. And we will prevail.”