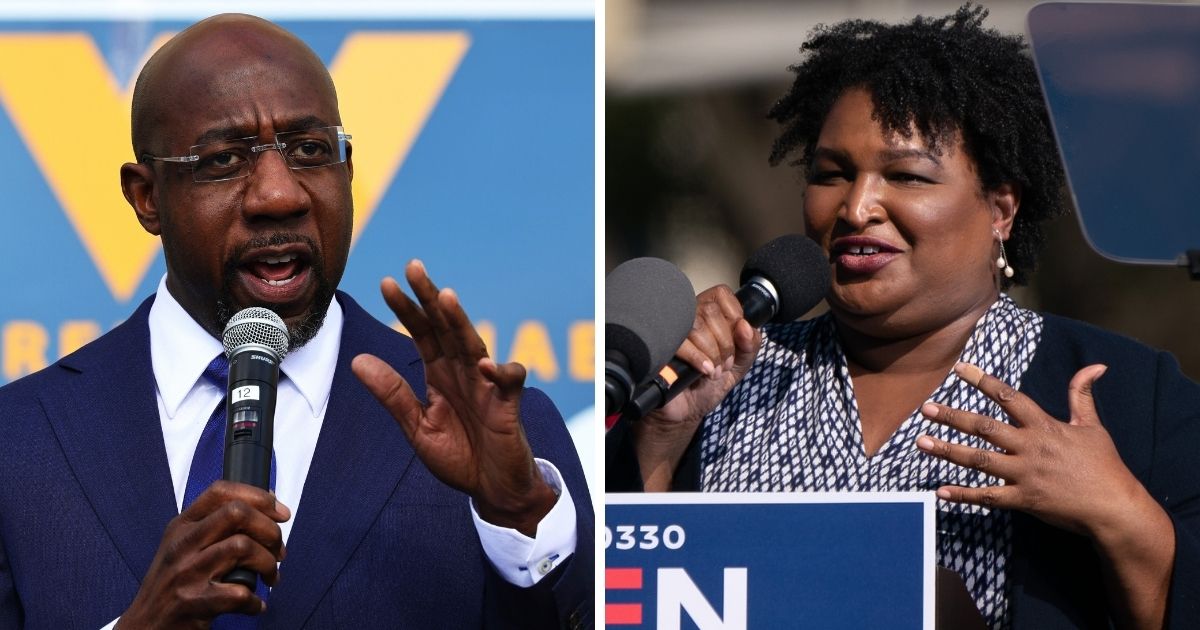 On Feb. 1, Stacey Abrams was nominated for the Nobel Peace Prize for, as Reuters reported it, “her work to promote nonviolent change through the ballot box.”

I was slightly amazed, since Abrams never conceded her 2018 loss in the Georgia gubernatorial race on claims of voter manipulation, something we’re all now reliably informed is unacceptable from a politician. Lars Haltbrekken, a Socialist Party member of Norway’s parliament, wrote in his nomination, according to Reuters, that “Abrams’ work follows in Dr. Martin Luther King Jr.’s footsteps in the fight for equality before the law and for civil rights.”

Leave aside the cringeworthy nature of any comparison to Dr. Martin Luther King Jr., much less one that equates Abrams to one of the most revered American figures of the 20th century on the shaky belief that her voter registration organizing delivered the state of Georgia to Biden and won the Democrats two Senate seats in the state.

It turns out that to achieve this “equality before the law,” Abrams may not have been following the law.

On Wednesday, Georgia’s State Election Board moved forward on an investigation against the New Georgia Project — a voter registration group founded by Abrams — and Sen. Raphael Warnock, one of the victors in January’s Georgia runoffs, regarding their slow hand-delivery of over 1,200 voter registration cards in 2019.

According to the Atlanta Journal-Constitution, the board voted 3-0 to refer the case to the state attorney general’s office for further investigation and potential prosecutions. Warnock was the New Georgia Project’s state board chairman before resigning on Jan. 28 after his election to the Senate, the Journal-Constitution reported.

(He was named as a respondent in the case because he was listed as the New Georgia Project’s CEO at the time of the alleged infraction. However, the organization has said that was a mistake, according to the Journal-Constitution.)

Georgia state law requires voter registration cards to be delivered to the state within 10 days after they were received from the voter, according to the newspaper. The Georgia State Election Board alleges that 1,268 registration cards from Gwinnett County weren’t turned over in a timely manner.

The three Republicans on the board unanimously voted to move the case forward, while the only Democrat recused himself from the process, according to the Journal-Constitution. Republican Secretary of State Brad Raffensperger only votes in the case of ties.

Will Republicans win back the Senate in 2022?

This might sound like small potatoes until you realize this isn’t the New Georgia Project’s first rodeo when it comes to state investigations.

In a still-open case referred to the attorney general’s office three-and-a-half years ago, the New Georgia Project was alleged to have forged voter signatures on registration cards and submitted registrations that contained incomplete information, the Journal-Constitution reported.

The current CEO of the New Georgia Project, Nse Ufot, said information cards with instructions on how to register online were sent to New York City residents to pass along to friends and family who were eligible to vote in Georgia, the Journal-Consitution reported.

And in December, the New Georgia Project was one of three groups Secretary of State Raffensperger said his office was investigating due to allegations they “have repeatedly and aggressively sought to register ineligible, out-of-state, or deceased voters before the January 5 Senate runoff elections. For several weeks, the Secretary has issued warnings against efforts to register individuals who are ineligible to cast ballots in the January runoffs or to encourage people to come to Georgia solely to cast ballots.”

“Over the past several weeks, individuals in Georgia and around the country have reported voter registration solicitations sent by The New Georgia Project to individuals living out of state and people who have passed away,” Raffensperger’s office stated in a news release.

“A third complaint said The New Georgia Project sent a voter registration solicitation to his daughter who is not registered to vote in Georgia and had not lived in a different state for five years. A fourth individual reported receiving a ‘package of postcards’ at her home in New York City from The New Georgia Project encouraging people to register to vote in the Georgia Senate runoffs.”

“I have issued clear warnings several times to groups and individuals working to undermine the integrity of elections in Georgia through false and fraudulent registrations,” Raffensperger said in the news release.

“The security of Georgia’s elections is of the utmost importance. We have received specific evidence that these groups have solicited voter registrations from ineligible individuals who have passed away or live out of state. I will investigate these claims thoroughly and take action against anyone attempting to undermine our elections.”

Keep in mind that Raffensperger was, however briefly, considered A Republican You Could Like™ by media and Democrats alike due to the fact he stood up to then-President Trump in a Jan. 2 phone call in which Trump implored Raffensperger to “find” votes. Raffensperger’s registration in that club quickly expired, since the State Election Board is under his purview and its members ecided they ought to, like, actually investigate one of the most prominent targeted-voter registration groups in the state for non-compliance with state law.

It’s enough that Cliff Albright, co-founder of the group Black Voters Matter, told The Guardian that the investigation was “an intimidation tactic” on the part of Georgia officials to “reassert that even though they didn’t go along with Trump’s attempted coup that they still want to make it clear that they’re still the voter-suppressors-in-chief.”

It’s not just that the investigations involve Stacey Abrams, a woman who’s considered a plausible candidate for the Nobel Peace Prize and still the real winner of the 2018 Georgia gubernatorial race by the same people currently having fits over the fact Donald Trump didn’t just accept defeat in November.

Sen. Warnock won his seat in a special election and has to defend it again in 2022, making it a very plausible pickup for the GOP in the midterms. Abrams, in other words, could end up winning the Nobel prize and losing the Senate majority for Democrats if the New Georgia Project’s registration efforts are hamstrung by a legitimate investigation into the group’s practices — a tradeoff Republicans might not necessarily mind.