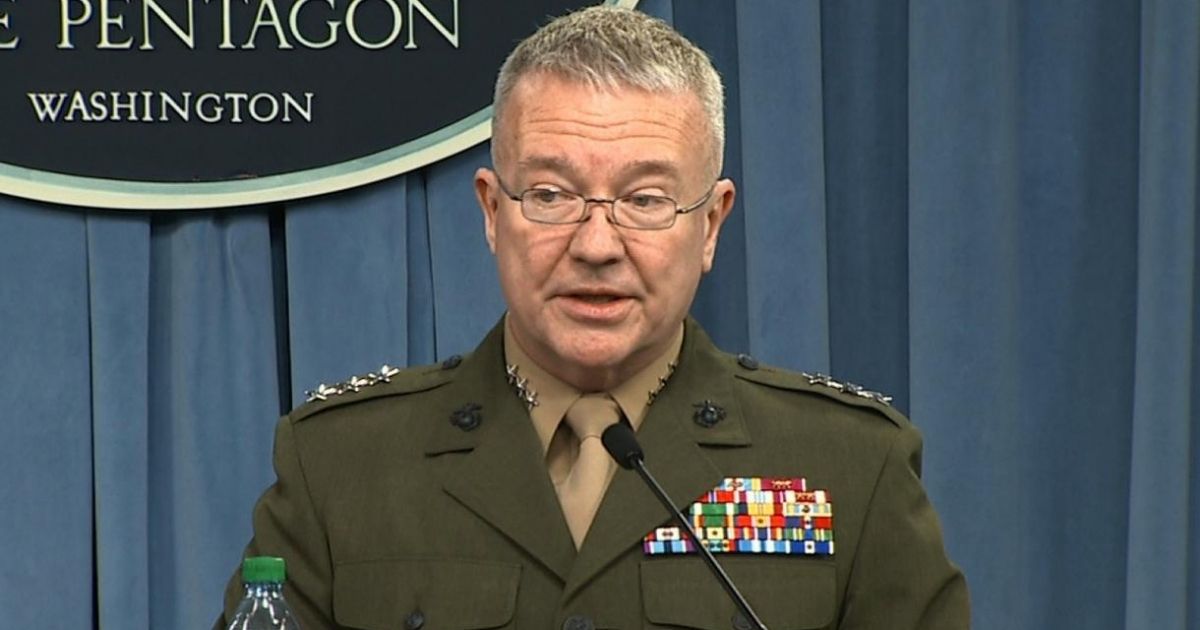 Against the recommendation of military commanders, President Joe Biden recently ordered that all U.S. troops must be withdrawn from Afghanistan by September 11.

The U.S. invaded Afghanistan in 2001 because the Taliban provided al-Qaeda protection as it planned the September 11 attacks. We have been mired there for nearly 20 years with little to show for it.

Currently, there is a force of approximately 2,500 U.S. troops there, along with 7,000 NATO forces who are committed to the same timetable for withdrawing.

While it’s past time we extricated ourselves from the Afghanistan boondoggle, we need to do it in a way that honors the American blood and treasure spent there and prevents the Taliban and their al Qaeda allies from seizing control of the country.

Yet that is precisely what Gen. Frank McKenzie, the head of U.S. Central Command and the top U.S. general for the Middle East and Afghanistan, is concerned will happen under Biden’s withdrawal plan.

In testimony before the Senate Armed Services Committee last week, Gen. McKenzie stated that Afghanistan’s military “will certainly collapse” without some continued American support once all U.S. troops are gone, reports the AP. “My concern is the Afghans’ ability to hold ground” without the U.S. forces, McKenzie told the Senate committee.

Summary of U.S. Central Command Head Gen. Kenneth F. McKenzie briefing to Congress.
“The war on terror is probably not going to end”
– Concerned about the Afghan government’s ability to protect even the U.S. Embassy in Kabul.
– Afghan military will collapse without some US help pic.twitter.com/a81366SV7l

Last February, then-Secretary of State Mike Pompeo met with Taliban officials in Doha, Qatar and negotiated a deal whereby the U.S. would withdraw its troops from Afghanistan if the Taliban renounced violence and ended its long-standing support for Islamist terror groups like al Qaeda.

Should Biden have left some U.S. troops in Afghanistan?

The Taliban failed to hold up their end of the bargain. Despite that, President Biden has pledged to completely withdraw our troops by the symbolic, but entirely arbitrary, deadline of September 11.

Defense Secretary Lloyd Austin has said that the U.S. will maintain the ability to counter terrorists in Afghanistan after the troop withdrawal, but he has provided few details on how he plans to accomplish this, and many in the military and intelligence community doubt it can be done.

Gen. McKenzie told the Senate Armed Services Committee that the U.S. wants to be able to conduct counter-terrorism missions from the air through the use of manned and unmanned aircraft.

However, because there is no significant American military presence in the countries surrounding Afghanistan, there is nowhere to base the aircraft. As a result, McKenzie acknowledged that it will take “considerably longer” than four hours to move armed drones in and out of Afghanistan.

This is hardly the sort of backup that the Afghan security forces can rely on.

Most military commanders and intelligence experts believe that without a U.S. military presence in the country, the government in Kabul to collapse and warlords and terrorist groups like al Qaeda will again take hold, leading to the conditions that brought us into Afghanistan in the first place.

According to a recent U.S. Treasury report, al Qaeda is “gaining strength in Afghanistan while continuing to operate with the Taliban under the Taliban’s protection.” The report further states that “al-Qaeda capitalizes on its relationship with the Taliban through its network of mentors and advisers who are embedded with the Taliban, providing advice, guidance, and financial support.”

A recent Pentagon report also highlighted that without the support of U.S. and other NATO allies, the Afghan government has little chance of prevailing against the Taliban once their troops have withdrawn.

And, in its 2021 Threat Assessment, published earlier this month, the U.S. intelligence community reached a similar conclusion, stating that “the Afghan Government will struggle to hold the Taliban at bay if the coalition withdraws support.”

Indeed, The Times reports that after Biden announced that all American troops would be out of Afghanistan in September, a senior Taliban commander taunted that they “are prepared and already present in the battlefield.”

Chairman of the Joint Chiefs of Staff Gen. Mark Milley reportedly, according to Vox, urged Biden to maintain a military presence in the country. According to sources familiar with the discussion, Milley made an impassioned plea, arguing that withdrawing troops would “open the door for the Taliban to overtake the country, making life worse for millions of Afghans and imperiling U.S. national security goals,” and would set women’s rights “back to the Stone Age.”

The full U.S. withdrawal also will create a vacuum in the country that China, Russia or Iran will fill, and make it harder to restrain aggression from nuclear-armed Pakistan.

President Obama’s withdrawal of U.S. forces from Iraq in 2011 is a case study in what not to do. Obama insisted on withdrawing all U.S. troops from Iraq by the end of 2011, even though his military advisors almost unanimously advised against it.

Within just six months, ISIS had become the world’s most well-funded and best-equipped terrorist army. Its terrorist activities resulted in the deaths of over 1,200 people outside of Iraq and Syria, and included mass shootings in San Bernardino, California and Orlando, Florida.

We are now poised to repeat this calamity. We should heed Gen. McKenzie’s warning about what will happen to the Afghan military without U.S. troop support.

Preventing the Afghan military from collapsing would not take a large-scale force, but a small contingent of troops. The bipartisan Afghanistan Study Group said this year that 4,500 American troops would be enough “for training, advising, and assisting Afghan defense forces; supporting allied forces; conducting counterterrorism operations; and securing our embassy.”

Biden has flatly rejected this option, however.

Former Defense Secretary Robert Gates said that Joe Biden “has been wrong on nearly every major foreign policy and national security issue over the past four decades.”

Regrettably, it looks like that trend is set to continue.