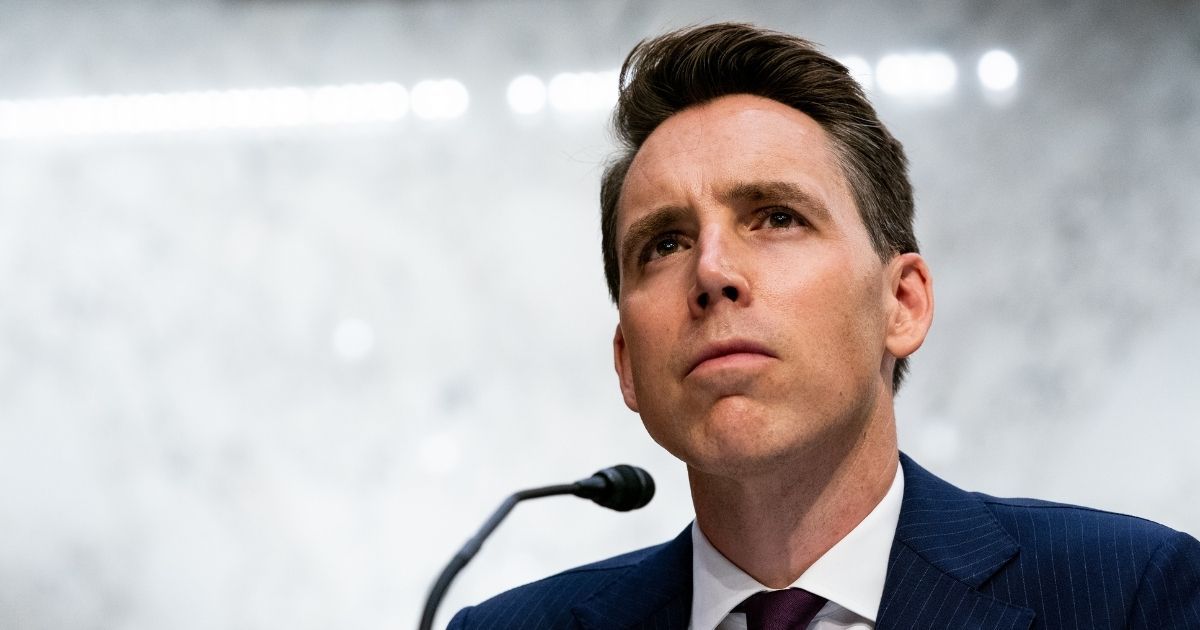 The battle over the presidential election will shift to the U.S. Senate chamber on Jan. 6 now that Republican Sen. Hawley of Missouri has announced he will formally object to the Electoral College vote.

Earlier this week during an interview on “Fox & Friends,” Republican Rep. Mo Brooks of Alabama said multiple House Republicans will push back against certification, which is done in a joint session of Congress. However, Hawley is the first senator to publicly announce he will do so, ensuring that there will be debate on the issue on Jan. 6.

Presumptive President-elect Joe Biden has already won sufficient Electoral College votes to be the winner of the presidential election.

President Donald Trump’s campaign has insisted there was voter fraud in states including Arizona, Georgia, Michigan, Nevada, Pennsylvania and Wisconsin.

However, despite numerous claims of voting irregularities, including affidavits alleging fraud sworn to by reported eyewitnesses, no court has yet ruled that widespread fraud materially affected the results of the Nov. 3 vote.

Hawley said he will object to highlight the failure of states such as Pennsylvania in following their own election laws as well as the alleged interference of Big Tech monopolies in the election.

Millions of voters concerned about election integrity deserve to be heard. I will object on January 6 on their behalf pic.twitter.com/kTaaPPJGHE

According to a Wednesday release on his Senate website, Hawley will call for Congress to launch a full investigation of potential fraud and election irregularities and enact election integrity measures.

Hawley said Democrats objected to the results when Trump won in 2016 and after the 2004 re-election of former President George W. Bush.

Do you support this pushback against the Electoral College?

“Following both the 2004 and 2016 elections, Democrats in Congress objected during the certification of electoral votes in order to raise concerns about election integrity. They were praised by Democratic leadership and the media when they did. And they were entitled to do so. But now those of us concerned about the integrity of this election are entitled to do the same,” Hawley said.

“I cannot vote to certify the electoral college results on January 6 without raising the fact that some states, particularly Pennsylvania, failed to follow their own state election laws,” he said.

“And I cannot vote to certify without pointing out the unprecedented effort of mega corporations, including Facebook and Twitter, to interfere in this election, in support of Joe Biden. At the very least, Congress should investigate allegations of voter fraud and adopt measures to secure the integrity of our elections. But Congress has so far failed to act,” Hawley said.

“For these reasons, I will follow the same practice Democrat members of Congress have in years past and object during the certification process on January 6 to raise these critical issues.”

If Hawley follows through with his plan to object on Jan. 6, that would mean the joint session of Congress convening to certify the votes would end until the House and Senate are done debating the objections.

In 2017, when multiple House Democrats objected to certifying Trump’s election, no senators joined in, according to Reuters.

Brooks said House Republicans will make a stand in the Democrat-dominated chamber because “[t]he evidence is overwhelming and compelling that there has been serious voter fraud and election theft in this election in a number of different ways.”

“There are dozens in the House of Representatives who have reached that conclusion, as I have,” Brooks said.  “We’re going to sponsor and co-sponsor objections to the Electoral College vote returns of Michigan, Wisconsin, Pennsylvania, Georgia, Arizona, Nevada and maybe more depending on where we collectively want to go.”

The petition seeking to have the court hear the case claims Pennsylvania officials broke their own laws during the election.

On Thursday, however, the high court gave Pennsylvania Secretary of State Kathy Boockvar until Jan. 22 to file a response, according to Fox News. That’s two days after the date the Constitution sets for the inauguration of the next president.