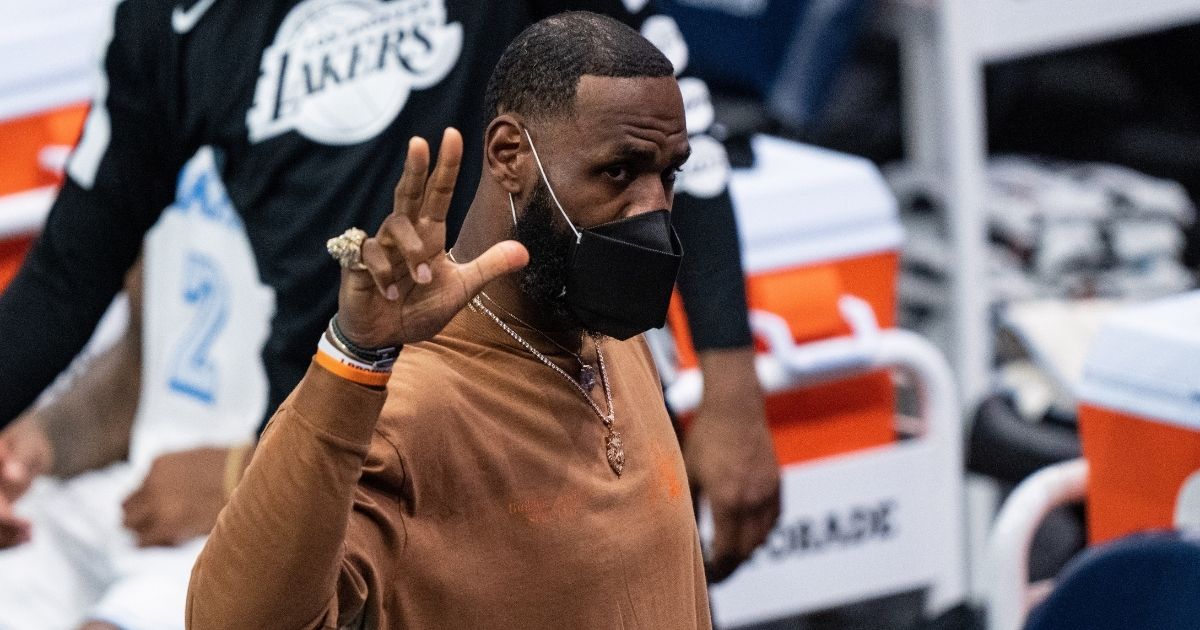 Wiley, a former NFL player, was reacting to the NBA legend’s post, which included a picture of the officer who fatally shot 16-year-old Bryant in Columbus, Ohio, on Tuesday, along with the text “YOU’RE NEXT #ACCOUNTABILITY.”

James, not really a fan of accountability himself, didn’t apologize for the tweet after he deleted it. In a self-contradictory statement, he said anger doesn’t do “any of us any good,” but that his “anger still is here for what happened that lil girl.”

ANGER does any of us any good and that includes myself! Gathering all the facts and educating does though! My anger still is here for what happened that lil girl. My sympathy for her family and may justice prevail! 🙏🏾✊🏾🤎👑

Bryant, who allegedly was aiming to stab a female pinned against a car when she was shot, became an instant cause célèbre among a certain subset of the left which believes any shooting by a police officer is prima facie unjustified until proved otherwise.

Even by the low standards of this cohort, James’ take still stood out for its awfulness, given the rapidity with which he backpedaled after the tweet was deleted.

Wiley’s take on James’ Ma’Khia Bryant tweet and subsequent response: “Dog, you can’t do this.”

During the segment on “Speak for Yourself,” Wiley said he hoped  LeBron’s “profoundness will one day match the power of his platform.”

“You can’t be that irresponsible if you’re LeBron James because you have that much power, and we all know when you get that type of power that responsibility comes with it,” Wiley said, noting James wanted “to be first — not right.”

Wiley also said he found James’ hashtag to be ironic, given that the situation called for “accountability, not just rooting interest.”

James, he said, should have “passed in this moment.”

“He has that platform, he has that power, he has those followers. And he knows that those people are listening for every single word he’s going to profess,” Wiley said of James, a four-time NBA Most Valuable Player who plays for the Los Angeles Lakers.

“Emotions can’t trump logic, and that’s what’s happening,” Wiley continued. “Your agenda can’t go before your acumen. You can’t pander before your principles.”

“LeBron James, he failed in that moment. I don’t care how smart you are if you don’t stop and think,” Wiley said.

There also was, to Wiley, the issue of what James focused on as opposed to what James could be focusing on. The issue of police violence against black people — one that inspires many of James’ tweets — might get the likes and the followers, but to Wiley, that wasn’t really the problem.

And then there was James’ overheated rhetoric about how serious the threat from police violence actually was.

Wiley also noted that James talked about a “broken system,” but that “the same system that is so broken, it allows you to become a billionaire and never get arrested in it — but the system is broken?”

“The irresponsibility that shows in the micro makes me say be responsible about the macro,” Wiley continued. “Like, dog, 250 black people [are] killed by police every year, that’s 250 too many people. But in the macro sense, there are 7,500 homicides to black people every single year as well. I’m not saying LeBron you got that put the focus on that, fully, but let’s be responsible,” Wiley said. … “There’s 7,500 in totality that never get the discussion because the people with the platform are not highlighting that.”

Wiley and I have different estimations about how well-meaning James is, with this writer believing this is more about branding than it is about a sincere, heartfelt desire to address political concerns. We’d agree, however, that while this is coming from someone who may or may not be smart, it’s someone who isn’t thinking — and it’s someone with a history of this behavior.

LeBron James isn’t afraid to leave his house. He’s not speaking from a place where he’s realistically looking at the threat posed by police violence. Positioning, as opposed to efficacy, is what James’ social media presence is about.

Unfortunately, positioning only works if you look before you leap. There was no looking involved here — just leaping.

James didn’t know the facts. He threatened a cop and ignored the black victims of crime, including the one whose life may have been saved by the officer James was condemning.

He needs to be accountable and apologize, but don’t expect that level of profoundness to ever match the power of his platform.