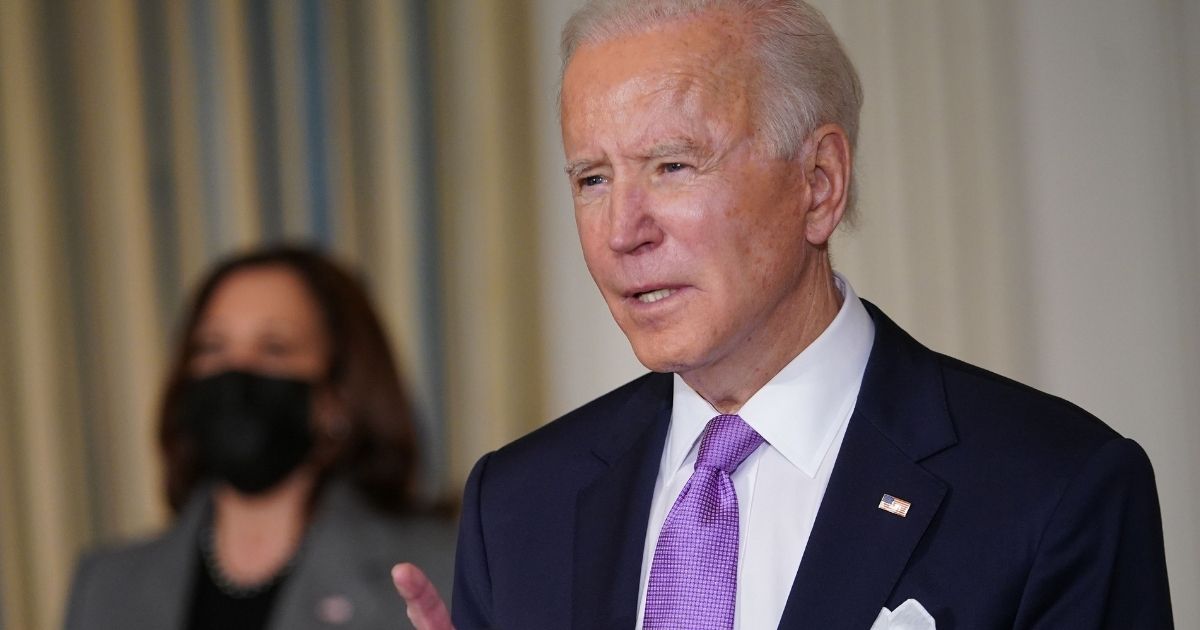 Four years ago, when then-Attorney General Jeff Sessions asked for the resignations of U.S. attorneys appointed by the Obama administration, it was nothing short of a scandal for the mainstream media.

Never mind the fact that a president and his attorney general are well within the boundaries of propriety to do so. Trump and Sessions, according to the liberal media, were violating norms by giving little warning of the decision and calling for the prosecutors to resign immediately — “norms” being the most precious thing our republic has.

The refusal of former U.S. Attorney of the Southern District of New York Preet Bharara to resign made him into an early icon of #TheResistance; try finding another former U.S. attorney, even one who had earned a reputation as a legal crusader against Wall Street bankers like Bharara did, who has 1.7 million Twitter followers.

Yes, on Tuesday, the getting-back-to-normalcy president took the supposedly very abnormal step of requesting almost all of the U.S. attorneys who were holdovers from the past administration, 56 in total, to submit their resignations. The cries were somewhat more subdued this time.

TRENDING: Sheriff Warns ‘Americans Will Not Be Safe’ Under Biden’s Immigration Policies

Three attorneys will remain on in some capacity, according to Fox News.

David Weiss, the attorney for Delaware who’s overseeing the Hunter Biden tax probe, will remain. John Durham will remain in his position as special counsel investigating the origins of the Trump-Russia probe, although he was asked to resign his position as the U.S. attorney in Connecticut.

The Biden administration also indicated it wants U.S. Attorney for the District of Columbia Michael Sherwin, whose office has been investigating the Capitol incursion, to transition to a role that involves prosecuting those involved with the riot while resigning his position in charge of the D.C. attorney’s office, Fox reported.

According to The Washington Post, the attorneys are being asked to transition out by Feb. 28.

Is the mainstream media giving Joe Biden a pass?

At the Washington Examiner, Michael Lee did a good job of cataloging the difference between how the media covered Trump’s decision to call for the immediate resignation of all Obama-appointed U.S. attorneys and Biden’s decision to dismiss the Trump U.S. attorneys.

Four years ago, MSNBC headline: “Trump sparks new controversy with U.S. Attorney dismissals.” Sub-headline: “Ten years after the last Republican White House had a U.S. Attorney scandal, Donald Trump has one of his own.”

The “scandal” the headline was referring to was the decision by the Bush administration to dismiss several prosecutors in December of 2006 after the prosecutors claimed they resisted administration calls to bring politically motivated cases in the run-up to the midterm elections.

However, as MSNBC’s Steve Benen wrote, Trump’s actions “at least for now, appear different.” Oh. Well. Thanks for coming.

RELATED: ‘Why Do You Want to Destroy Who You Are?’: Survivor Speaks Out Against Biden’s Transgender Agenda

From the Scilla of MSNBC to its Charybdis on the liberal cable TV spectrum, CNN. The network of Chris Cuomo and Don Lemon headlined its Biden-U.S. attorney story: “DOJ to ask Trump appointed US attorneys to resign.”

The piece mentions the Trump controversy once: “The changeover of US attorneys is routine but is often fraught with political overtones. In 2017, then-Attorney General Jeff Sessions asked 46 Obama-appointed US attorneys to submit their resignations. A handful were allowed to stay on for a brief period, but most had to leave immediately.” It doesn’t bother to mention it again.

The headline on CNN story in 2017? “Anger mounts over handling of US attorney firings.”

The difference between the Trump firings and Biden firings, all these sources seemed to intimate, was the timeframe. Biden is giving the attorneys a little less than three weeks to wrap up, whereas the Trump administration called for the resignations to be effective immediately.

This doesn’t quite hold water for two reasons, though.

First, Trump was hardly the only president to do this. In 1993, Bill Clinton cleaned house on a single day in March. While this was somewhat later than Trump’s firings, Clinton’s appointment for attorney general, Janet Reno, didn’t take office until March 11. (Clinton’s first two nominees for attorney general had both employed illegal immigrants as nannies, derailing their chances at confirmation.)

Clinton’s March 23, 1993, dismissals (reported by The New York Times under the all-caps headline “Attorney General Seeks Resignations From Prosecutors”) also took place as the D.C. attorney was coming close to a decision on whether to indict Dan Rostenkowski, then the powerful (and corrupt) head of the House Ways and Means Committee.

As The Times reported, the dismissed prosecutor, Jay B. Stephens, implied the decision not to keep him on may have been political. (Rostenkowski was eventually sent to jail, anyhow.)

This received some coverage at the time, but it wasn’t the full-fledged freakout that Trump’s firings set off.

Second, the reason Trump’s firings elicited such strong reactions was supposedly because he didn’t let the attorneys stay on until their successors were confirmed like President Obama did. But that’s unlikely to happen in this case, anyway.

Merrick Garland, Biden’s nominee for attorney general — and the man who would put forward nominees to fill U.S. attorney slots — won’t even get a hearing before Trump’s impeachment trial is over.

According to Axios, Garland’s hearings before the Senate Judiciary Committee are scheduled to begin Feb. 22. So, there’s a chance that their successors are appointed before Feb. 28, but it’s going to be close with virtually no time for a real handover. Going by this logic, the situations will likely end up being materially similar.

Thus, The New York Times shouldn’t have been reporting that, in the case of the 2017 firings, Trump’s “abrupt order came after two weeks of increasing calls from Mr. Trump’s allies outside the government to oust appointees from President Barack Obama’s administration” but that, in the 2021 Biden firings, that “[i]t is common for new presidents to replace U.S. attorneys en masse, and [Biden’s] request for resignations has long been expected.”

That shouldn’t be the case but — quelle surprise — it is.

I’m not particularly interested in Biden’s decision to fire these attorneys, which is not at all surprising. The reaction to it is more evidence, however, that this reality wasn’t a concern when the mainstream media lost its collective mind four years ago.

It wasn’t that we didn’t know Trump was going to be held to standards different from other presidents. It was an early sign how different those standards would be.

Trump’s every move could have been straight from the RAND Corp. and Council on Foreign Relations playbooks and the mainstream media still would have been talking about how the 45th president was trampling “norms” left and right.

Little wonder, then, that when Joe Biden tramples the same “norm” that Donald Trump trampled four years ago, it turns out this was the norm all along.