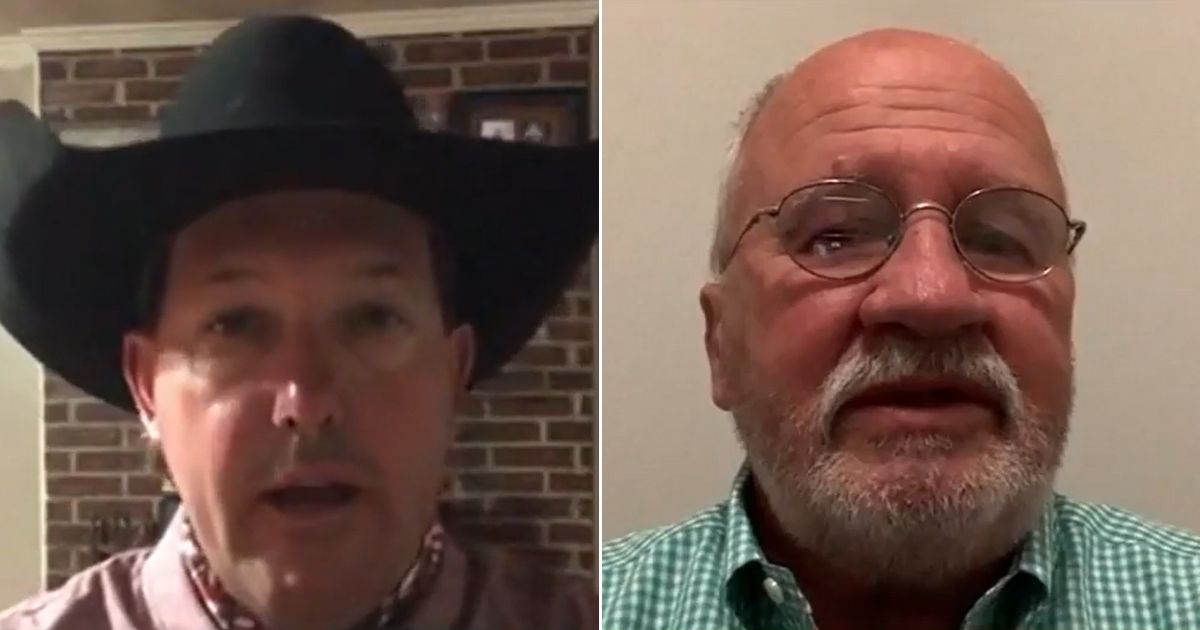 On Wednesday, President Joe Biden is set to unveil a major infrastructure bill.

According to The Washington Post, the legislation is so massive — $4 trillion — that it’ll require a $3 trillion tax increase to cover it.

The Tax Foundation estimated that the Biden administration’s planned spike in the corporate tax rate, from 21 percent to 28 percent, will kill 159,000 jobs.

And yet the infrastructure workers the president put out of a job on his first full day in office still can’t find work.

In an interview on Monday on Fox News’ “Fox & Friends,” two people who worked on the Keystone XL Pipeline — which was killed by Biden’s executive order on Jan. 21, purportedly for environmental reasons — talked about their difficulty finding employment in this economy.

“I talk to people nearly every day and there’s, there’s nothing out there,” said Lynn Allen, a welder who was laid off from a Keystone XL job in Texas.

“You think about it every minute of every day. It’s just, you know, when will this ever come back around to where we can get a job and prosper my family?

Guy Fields is a retired Keystone XL worker who comes from a part of Louisiana where oil jobs make up a huge part of the economy. He said the hit from the pipeline cancellation meant many of his former charges didn’t have anywhere to turn.

“There’s quite a few people. There’s a lot of welders, pipeline people that live in my general area and a lot of young guys that I know,” Fields said.

“Some that used to work for me when I was working in the trades. But they don’t have anywhere to go,” he said.

The Keystone XL project was intended to build a 1,179-mile pipeline from Alberta’s oil sands to Steele City, Nebraska, where it would go on to the Gulf of Mexico. According to the BBC, it would establish a more direct route than Keystone’s existing pipeline system and carry up to 830,000 barrels of oil a day.

The pipeline became a matter of totemic objection for liberals for a decade before Biden euthanized it. There were protests at the White House in 2011 and in North Dakota in 2016, where thousands gathered at Standing Rock.

A panoply of reasons have been given for opposition to the pipeline, perhaps only one of them serious.

There have been fears of leaks and environmental damage, mostly played up. The 2016 protests dealt with the pipeline crossing Native American ritual burial grounds and fears it could contaminate the Standing Rock Sioux Tribes’ drinking water.

All of these were pretexts for the bottom-line concern: The pipeline carries oil and oil is bad.

As the BBC noted, “It’s argued by some that by developing the oil sands, fossil fuels will be readily available and the trend toward warming of the atmosphere won’t be curbed.” In other words, if they don’t build it, we won’t need it.

Do you think the Keystone XL pipeline should be built?

That’s one of the troubling parts of Biden’s set-to-be-released infrastructure plan: It’s a gift to renewable energy lovers. According to CNBC, the plan will contain “record spending on mitigating climate change and accelerating a nationwide transition to clean energy.”

Fossil fuels, Allen added, are “what drives the United States and the world. And he cuts everything out from us.”

“Our life is wrapped up in the pipeline. That’s all we’ve ever done, that’s all we know,” Fields added.

“The pipeline is where our life is.”

The demand for the privately financed Keystone XL pipeline is there; it’s the safest way to transport the oil we still, as a society, require to function. It would reduce our energy dependence on the Middle East and create 11,000 jobs, 8,000 of them union.

It got killed for symbolic reasons — and now we have “climate envoy” John Kerry saying, in his typical clueless Yalie way, that all of these workers can transition into renewable energy. Hey, all of these blue-collar workers are the same, right? If you can weld, you can get a job making the solar panel electrification doohickey, right? Or they can learn to code!

In the meantime, Allen can’t work and Fields would likely have trouble if he weren’t retired. Biden and the Democrats will do nothing for them, no matter how big their bloated infrastructure plan is.

These are the faces of Joe Biden’s policy decisions, and you’ll be seeing a whole lot more of them over the next four years.