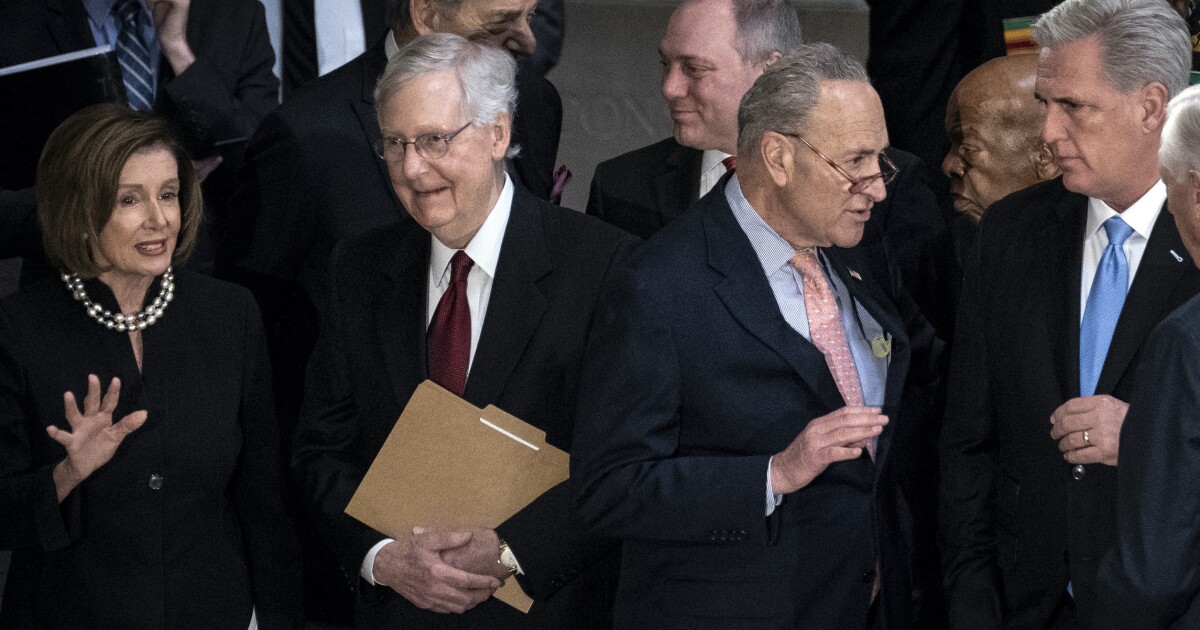 Former Department of Homeland Security leaders from three administrations asked Congress to change how it oversees and funds the department in a way that could prepare it for major reforms under a potential Joe Biden administration.

Six former secretaries and acting secretaries said in a letter to congressional leaders that oversight should be changed by the end of President Trump’s term. Biden, the former vice president and 36-year Delaware senator, is the presumptive president-elect as Trump’s campaign tries to reverse his rival’s leads in Arizona, Georgia, Nevada, Pennsylvania, and other states.

Oversight of the department, created in 2003 in response to the 9/11 attacks, has been a long-running complaint by its heads, appointed by members of both parties. Congress over the next eight weeks should change which committee controls funding and oversight of the 240,000-person federal department, said Tom Ridge and Michael Chertoff of the George. W. Bush administration; Janet Napolitano, Jeh Johnson, and Rand Beers of the Barack Obama administration; and Kevin McAleenan of the Trump administration.

More than 90 congressional committees and subcommittees have jurisdiction over DHS — unlike, for example, the Defense Department, which is controlled by a single authorizing committee. The problem with having dozens of people to report to is that the department has to jump through dozens of hoops for clearance on funding for agencies or permission to focus on new or evolving threats.

In September, the Atlantic Council, an international affairs think tank, released recommendations for addressing DHS’s biggest problems, which included input from the former DHS secretaries. The report concluded that the department needed to focus on emerging threats to the United States, including the coronavirus pandemic, climate change and extreme weather, and cyber threats from China, Iran, and Russia.

“China, for example, is both a rival and a leading trading partner,” the officials wrote. “It is a non-kinetic threat in cyberspace, a potential military threat, and is currently trying to steal both America’s technical innovations and our personal data.”

Under the Trump administration, DHS has focused primarily on immigration policy and border security, implementing more than 400 executive actions on the former. Biden has vowed to focus on a variety of national security issues in a broader sense than Trump did. He is potentially slated to take office on Jan. 20; therefore, changes to how DHS operates would be easiest to implement before Jan. 4, when 535 elected lawmakers head to Capitol Hill for the 116th Congress, the letter’s authors said.

“DHS’s leadership, whether Democratic or Republican, needs to work with a single authorizing committee with broad subject matter authority to enact the changes and authorize the programs that DHS needs to address the threats of 2021,” the letter reads.