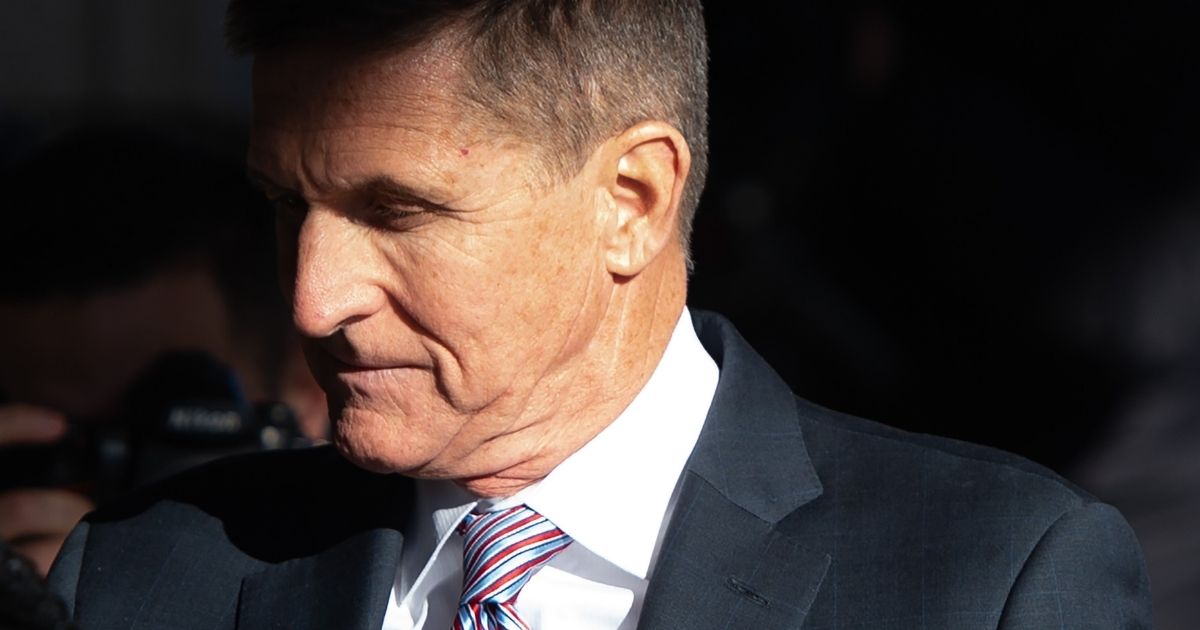 On a dreary, cold Dec. 18 in Washington, D.C., Sidney Powell marched into the Oval Office, with the reluctant White House transition already well underway. Flanked by fellow agents in the unofficial campaign to uncover alleged fraud in the 2020 presidential election, Powell and her team presented then-President Donald Trump with the evidence and a list of options for how best to proceed.

The hours-long standoff that resulted between ranking White House advisors and legal “strike force” members would go down as “the craziest meeting of the Trump presidency” — at least, according to the inside report that first detailed it.

Former national security advisor and Trump ally Gen. Michael Flynn was quick to shrug that claim in his own account of the meeting, however, writing it off as “fake news.”

The remark was a “shot across the bow” at Axios reporter Jonathan Swan and editor Zachary Basu, who painted the meeting as a picture of Trump administration disunity in a bonus chapter from their “Off the Rails” series detailing the closing days of the presidency.

Told primarily from the perspective of White House counselor Eric Herschmann, the story suggested baseless conspiracy and expletive-ridden outbursts had punctuated the interaction, as Trump reclined behind the Resolute Desk in relative silence. The president reportedly stood up and spoke out only to “wander into his private dining room” and voice disapproval for numerous typos found in some of Powell’s state-to-state legal filings.

In a Tuesday feature interview with The Western Journal, Flynn claimed as much as “75 percent of that article is incorrect.”

“I would just say that I thought, from the president’s perspective, he was gracious,” Flynn said. “He offered us a good deal of time to be able to explain to him what we were trying to do, what we thought could be done in about a seven-to-ten-day period of time. And as one of the members of our team explained to the president, we probably had about a three-foot putt, instead of a 20-foot putt out of the sand trap to be able to get to the bottom of … election fraud in about 10 days or less.”

With the electoral result certification closing in on Jan. 6 and a presidential inauguration following close behind on Jan. 20, the president would have to move fast in order to make good on allegations the election had been “stolen” from him.

That was the rationale behind the emergency meeting, Flynn told The Western Journal. Powell and fellow Trump lawyer Rudy Giuliani had come to provide the president, once again, with a “laundry list” of Hail Mary options.

Do you think Trump should have listened to Powell, Flynn and Giuliani?

“There was really two purposes of that meeting and why we went into that meeting,” Flynn said. The first had been to discuss Trump and Obama-era executive action that had expanded the authority of the president in the face of foreign election interference. “Then,” the general added, “the subtext of that was to recommend to him that he appoint a special White House counsel … to investigate election fraud” in five key counties and the voting software used by some states to tabulate results on election night.

“I finally stood up and I turned around and I said, ‘Do any of you guys believe that the president actually won?’ And none of them answered that question. Not one.”

It remains unclear whether the reported hesitance in the official Trump camp stemmed from a lack of support for the president or discomfort with the options Powell and her team had put on the table.

While the words “martial law” never came up in the Dec. 18 meeting — a point to which Axios had conceded in its own reporting — there was apparently discussion about the possibility of using the U.S. intelligence and law enforcement community, or even the armed forces, to carry out proposed investigations into the 2020 presidential election.

According to all accounts, the meeting came to a close without presidential decision, though Flynn told The Western Journal his colleagues had been invited up to the Yellow Oval for a more private audience as the night progressed. The clear lack of special counsel or comprehensive federal investigation, however, reveals that Trump did not take their advice.

That expression of restraint has not prevented left-wing operatives from maintaining the former president had done everything in his power to undermine the peaceful transition of power last month.

The Jan. 6 incursion of the U.S. Capitol only served as fuel for that fire. Coming directly on the heels of a D.C. rally at which both Trump and Flynn urged supporters to peacefully fight the election results, the deadly riot saw thousands of Trump supporters breach the building and disrupt electoral certification, giving congressional Democrats all the ammunition they needed to mount a second impeachment.

When asked if recent events had led him to regret leaving the military option on the table, Flynn did not walk back his previous martial law rhetoric, suggesting a sitting executive should be presented with all of the legal avenues available to him, no matter the optics.

“No I wouldn’t change it at all. I stand by it,” Flynn said. “We face what I call these crucible moments in history and time, and so each president has many, many options that they can choose to be able to basically protect and defend the Constitution of the United States.”

“At the end of the day, what we have to do and the narrative that we need to have, and this is sort of a shot across the bow at what everybody now calls the mainstream media … and that’s really that these large networks, who are generally left-leaning, in some cases extremely left-leaning, who put out all of these news articles, particularly articles that are that are sourced by anonymous people and sometimes the sourcing comes from another journalist and they collude with each other,” the general said.

“I’ve seen that happen. And it really didn’t start on the sixth of January. Where it really started is it started when Donald Trump was chosen by the Republican Party to be the Republican candidate for the president of the United States of America back in 2016. I mean, his presidency was under attack prior to him even winning the damn election on the eighth of November in 2016.”

The Western Journal reached out to Axios and its lead “Off The Rails” reporters for comment, but did not immediately receive a response.