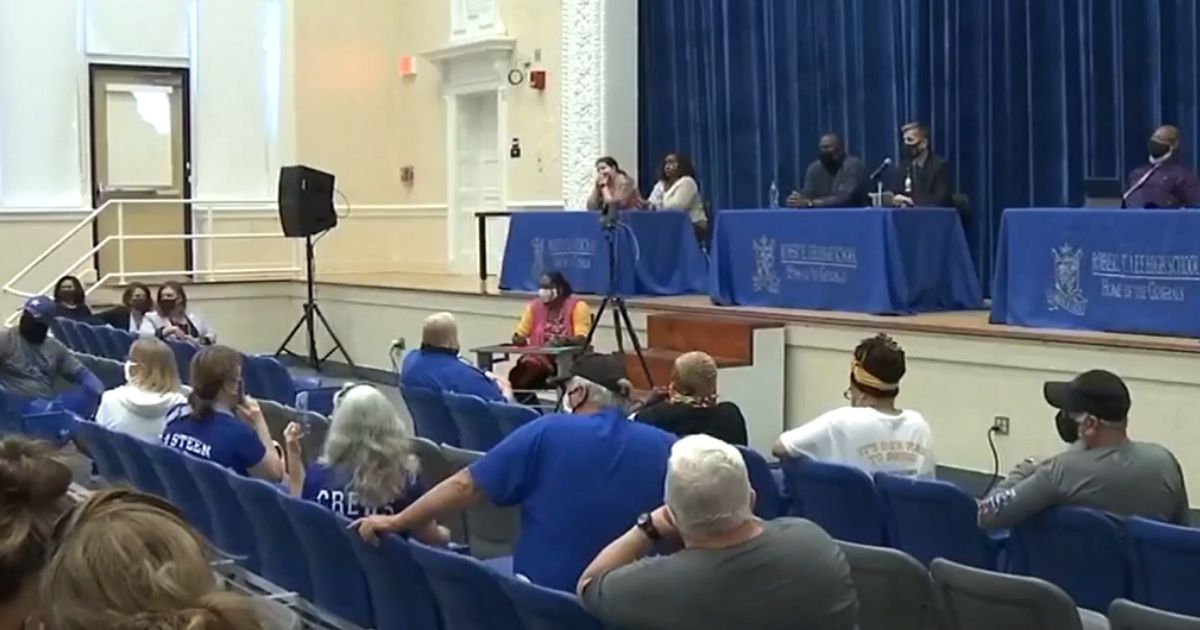 Florida’s Duval County Public School District is considering a plan to wipe away history from the names of its schools.

Front and center in the controversy is Robert E. Lee High School in Jacksonville. As part of the process of a vote on a new name, five options were released Monday night.

Four names have been proposed to replace the leading Confederate general: Riverside High School; Avondale High School; School #33; and Legacy High School. Keeping the name with no changes is also an option, according to WJAX-TV.

All told, nine schools are up for renaming, according to WJXT-TV.

In addition to Lee, the schools in question were named after Confederate generals Stonewall Jackson, Edmund Kirby Smith, Joseph Finegan and J.E.B. Stuart, President Andrew Jackson and Jean Ribault, a French Huguenot who explored Florida in 1562. Ribault was the commander of the colony of Fort Caroline, which would later become Jacksonville, and was slain by Spanish forces after Spain took over the fort.

Some have pushed back against the renaming campaign.

“I just cannot say enough about the school pride and our enthusiasm for all things Robert E. Lee,” said Melanie Love, according to WJCT-TV. “Not the person, the school.”

Love, along with other alumni, formed an anti-renaming committee.

Should the schools’ names be changed?

“Why should the name be changed, because it’s offensive? If this is a real issue, will it stop here? No,” Don Likens said during a recent meeting on the name changes, according to WJXT.

“This will continue until everything that is offensive to this cancel culture movement is just that. Canceled.”

Resident Wells Todd, however, says it is time for a change, according to WJXT.

“These schools are predominately African-American, and it’s truly insulting to have the name of people who enslaved their ancestors on these schools,” Todd said.

The name change issue will be put up for a ballot. Once the eligible voters who have some affiliation to the school — students, alumni, teachers and staff, and community members who live near the school — cast their ballots, the school board will make the final decision next month.

Some said the public process was a mistake, and the old names should simply be erased, according to Jacksonville.com.

“Some attended Lee when it was the wealthy, all-white school of Riverside, Avondale and Ortega,” activist Hope McMath said. “Today’s Lee is much different, and the students, recent grads and staff who have spoken are much more diverse.”

She said meetings that have allowed both sides to speak only made things worse.

“The meetings are traumatic, with racist comments and false history being spewed in the presence of black students and BIPOC [black, indigenous and people of color] community members,” McMath said. “Something so central to human dignity and respect should not be up for public debate.”