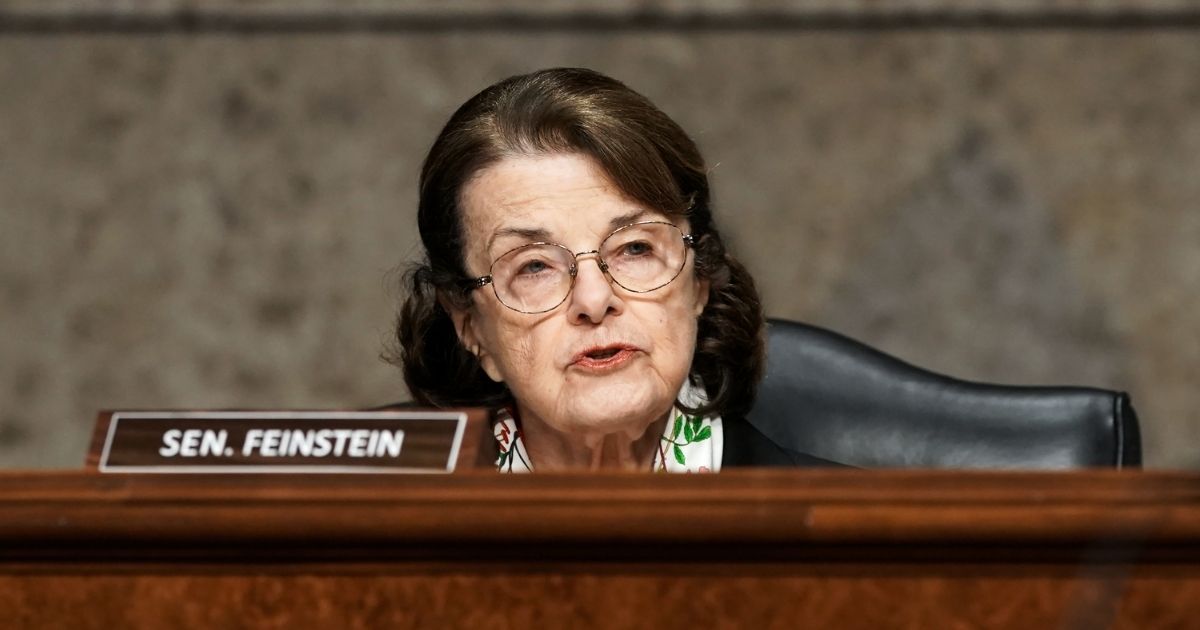 Even the name of the bill was a farce; in terms of “bipartisan support,” the Democrats got eight Republican votes for the measure requiring background checks on all commercial gun sales. That’s less than they got to impeach former President Donald Trump.

Not only that, it drew significant ire from Republicans, with freshman GOP Rep. Lauren Boebert of Colorado noting the checks were “only meant to turn law-abiding citizens into criminals.”

Universal background checks on guns are only meant to turn law-abiding citizens into criminals.

TRENDING: Watch: Psaki Tries to Laugh Off Question from Fox’s Doocy, He Doesn’t Let Her Get Away with It

Of course, unless this is when the Democratic Party decides it’s going to go with the nuclear option and do away with the filibuster, the legislation faces what CBS News very charitably described as “a steep uphill climb in the Senate, where Democrats have a slim 50-seat majority. Most legislation requires 60 votes to advance in the Senate, so Democrats would need support from 10 Republicans to overcome a legislative filibuster.”

But, as California Sen. Dianne Feinstein pointed out, the universal background check legislation is just the beginning.

In a Twitter thread congratulating House Democrats on passing the bill, she said “I look forward to working with my colleagues to pass this bill and other reforms, including the assault weapons ban I will reintroduce in the coming weeks. With a new administration in the White House, it’s time to take action to end gun violence.”

I look forward to working with my colleagues to pass this bill and other reforms, including the assault weapons ban I will reintroduce in the coming weeks. With a new administration in the White House, it’s time to take action to end gun violence. pic.twitter.com/SRSJ7BSDs0

And here we go again.

In 2019, Feinstein introduced a similar “assault weapons” ban. This was mostly performative liberalism: The Democrats didn’t even have control of the Senate at the time, so this was mostly an excuse for the then-85-year-old California senator to remind us all she was still the reigning doyenne of trying to take your guns.

After all, this was the woman who infamously said, during a 1995 interview which touched on gun control, “If I could have gotten 51 votes in the Senate of the United States for an outright ban, picking up every one of them — Mr. and Mrs. America, turn them all in — I would have done it.” She was specifically talking about so-called “assault weapons,” but still, that’s quite extreme rhetoric.

At one level, an “assault weapons” ban is the big one conservatives have all feared. If there’s one piece of Biden-agenda legislation that finally breaks through the filibuster, banning the big, scary AR-15 may indeed be what convinces the two Democratic holdouts to the nuclear option — Sens. Joe Manchin of West Virginia and Kyrsten Sinema of Arizona — to finally cave and turn the Senate into a majority-vote bonanza.

If Feinstein is merely reintroducing her 2019 legislation as a 2021 model, however, it could represent an opportunity to publicize how useless the proposed ban would be — inasmuch as Feinstein’s 2019 legislation was an object lesson in how “assault weapons” is a scary-sounding two-word construct that means nothing.

RELATED: Alamo Elementary Being Renamed After Leftists Claim Current Title Is Part of a ‘Call for Vengeance Against Mexicans’

In a 2019 article on Feinstein’s proposed legislation, Reason reported that, just like the 1994 Clinton-era ban much beloved by liberals, “assault weapons are classified not by what they do but by how they look.”

“Assault weapon bans typically use criteria like pistol grips, adjustable stocks, threaded barrels, and barrels shrouds to determine whether or not a gun is an assault weapon. These features are cosmetic,” Mark McDaniel wrote.

“To illustrate this point, compare the Ruger Mini-14 Ranch Rifle with the AR-15. One looks like a hunting rifle and the other looks like a military weapon. Although the rifles have different manufacturers and lineages, for all practical purposes they are identical. They fire at the same rate, they can fire the same caliber of ammunition, and because they have similar barrel lengths, the ballistics are almost identical. But only one is an ‘assault weapon.’”

@mikayladreyer This is a Ruger Mini-14 semiauto “Ranch Rifle”. Fires same round as AR-15. Not scary? pic.twitter.com/31oQ4DtO28

“The criteria that are used to identify assault weapons are things that have little or nothing to do with how useful or how deadly an assault weapon is in the hands of a mass murderer.”

Is an “assault weapons” ban unconstitutional?

“Unless you really delve into the specifics of what these bills do, you don’t understand how utterly arbitrary they are,” he added.

Given that Sullum writes about gun policy for a libertarian publication, I can assume he knows as well as any of us should that no one covering this is going to “really delve into the specifics of what these bills do.”

I don’t doubt there’s anyone reading this right now who couldn’t sketch the basics of the “CBS Evening News” segment on Feinstein’s bill in their mind. First scene: A correspondent standing outside of either the Capitol or a gun shop (it could go either way, depending on the tone), giving us the details of Feinstein’s bill in glowing terms. Then there’ll be a clip of Feinstein’s speech introducing the legislation. Cue B-roll footage of a wall of AR-15-style weapons on a gun store wall, possibly followed by a law enforcement officer taking a similar weapon from a crime scene as evidence.

After that, a grainy photograph of a mass shooter. Then, footage of a dour Rep. Boebert walking in the halls of Congress, as someone reads a voiceover of her context-free quote about how these laws are “only meant to turn law-abiding citizens into criminals,” or something to that effect, without providing any serious counter-point argument.

That kind of biased coverage won’t change the fact this is little more than Second Amendment-baiting reactive liberalism that likely won’t save a single life. That doesn’t matter

“There’s little evidence that the 1994 legislation reduced gun deaths, in part because it was mostly a symbolic gesture,” McDaniel wrote in his 2019 article for Reason.

There’s no evidence it would reduce deaths in 2021, either. The Democrats are desperate for a symbolic gesture, however, and this will do nicely enough.