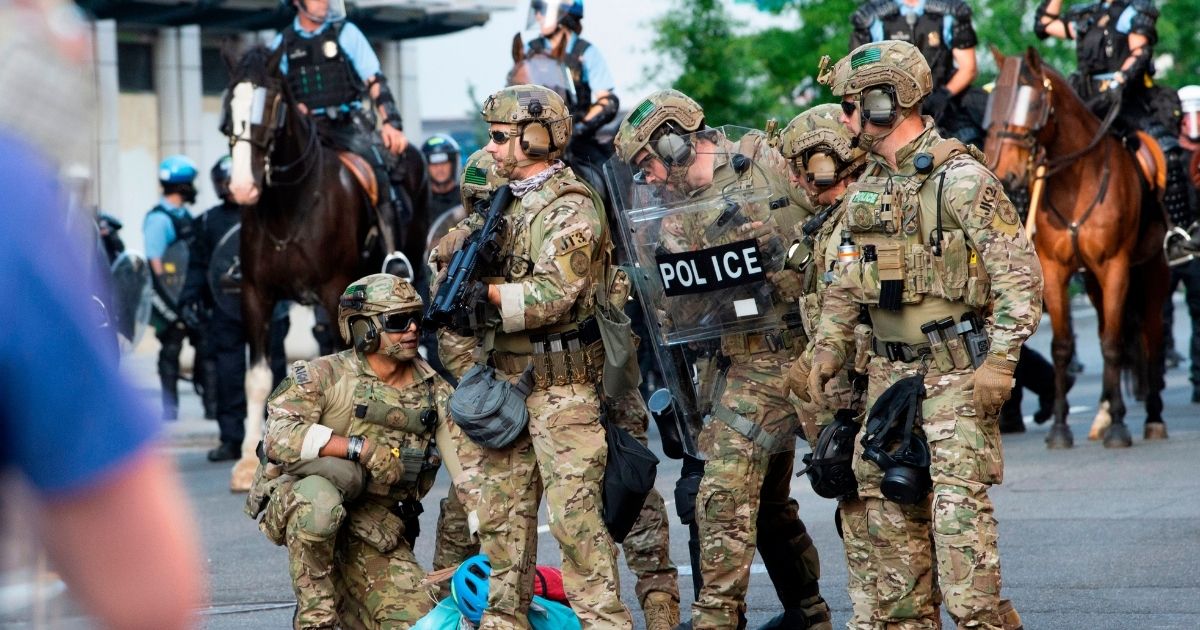 As the Justice Department announced Friday that it had rescued missing children who have been recovered, often from human traffickers, the U.S. Marshals Service has a message for those who still wait for the day they can return home.

On Friday, the Marshals Service announced that during a five-day sweep in Virginia named “Operation Find Our Children,” the marshals, working in collaboration with local law enforcement and child welfare partners, recovered 27 missing children, according to a Justice Department news release cause of this initiative, the recovered children are now out of harm.

“There is no greater mission than that of protecting and rescuing the most vulnerable,” said U.S. Attorney G. Zachary Terwilliger for the Eastern District of Virginia.

Six children who were listed as missing were also found to be living with a legal guardian, the release said.

In one case, a 14-year-old girl from southwest Virginia had been reported missing, WSET-TV reported. Through the latest rescue effort, she was recovered from human traffickers and returned to her family.

“The Department of Justice is dedicated to protecting the most vulnerable children in our society and ‘Operation Find Our Children’ does just that,” said Deputy Attorney General Jeffrey A. Rosen.

“While this Virginia operation is the most recent recovery of endangered and missing children led by the U.S. Marshals Service this year, we have also recovered more than 440 kids in Georgia, Ohio, Indiana, Louisiana and other states. Because of this initiative, the recovered children are now out of harm’s way,” he said. The Marshals Service has helped recover more than 2,000 children since 2005.

“I can think of no more critical or satisfying mission for a law enforcement officer, than rescuing an endangered child,” said Proffitt.

Does society do enough to care for our children?

Proffitt noted that bringing children home takes place because of collaboration among law enforcement at the federal and local levels and community partners, saying, “I am deeply humbled and highly honored that our team in Eastern Virginia is a continuing part of this critical Marshals Service mission. “

Proffitt also addressed a message to those who have been taken but not rescued.

“We want the missing children across this great nation to know the U.S. Marshals Service will never stop looking for you, we will find you,” he said.

RELATED: Someone Tried To Register Dozens of Dead People as Dem Voters in Key Swing State

Earlier this year, the Marshals Service recovered 39 children in a similar operation in Georgia dubbed “Operation Not Forgotten,” said Darby Kirby,  chief of the Marshals’ Missing Child Unit, according to USA Today.

In the Georgia operation, 15 children were victims of trafficking — most would be considered runaways “who fell into the human trafficking realm,” according to Kirby.

“When we track down fugitives, it’s a good feeling to know that we’re putting the bad guy behind bars. But that sense of accomplishment is nothing compared to finding a missing child,” Kirby said in a release concerning the Georgia case posted on the unit’s website.

“It’s hard to put into words what we feel when we rescue a missing child, but I can tell you that this operation has impacted every single one of us out here. We are working to protect them and get them the help they need,” Kirby said.

Officials said that for the agencies involved in the Virginia recovery effort, the effort was a success.

“The U.S. Marshals Service has a legendary history of finding fugitives and bringing them to justice,” said Thomas L. Foster, U.S. Marshal for the Western District of Virginia in the news release.”This operation brought missing and exploited children to a place of safety and those who made the decision to prey upon them to justice.”

“What a tremendous testament to the power of cooperation and the mission of federal, state, and local law enforcement,” said U.S. Attorney G. Zachary Terwilliger for the Eastern District of Virginia.

“There is no greater mission for law enforcement than rescuing an endangered child,” said Acting U.S. Attorney Daniel P. Bubar of the Western District of Virginia.